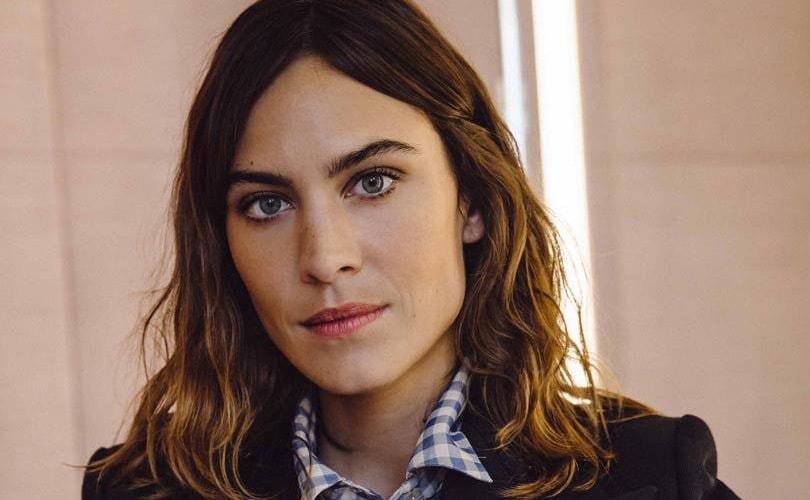 Most industry insiders argue that it was only a matter of time before Alexa Chung - tv presenter, model and allround British celebrity darling - launched her own fashion label. But for Alexa Chung, the journey from model to tv presenter to designer muse and now creative director was not as smooth as you may think.

“It was a bit of a shock getting into the business, starting a company from scratch, building a team and seeing all the hard work that goes into making something into a garment,” she admits to FashionUnited, while casually perched on a white sofa in the personal shopping lounge at premium department store de Bijenkorf, in Amsterdam. The model-turned-designer is visiting the city to attend the in-store launch of her second collection ‘Prom Gone Wrong’ and connect with press, shoppers and fans. Dubbed “Lonely Hearts Club”, the store events, which took place at key retail partners from the brand such as Bergdorf Goodman in New York and Smets in Brussels, all lead up to the Alexachung second major presentation taking place this Paris Fashion Week. 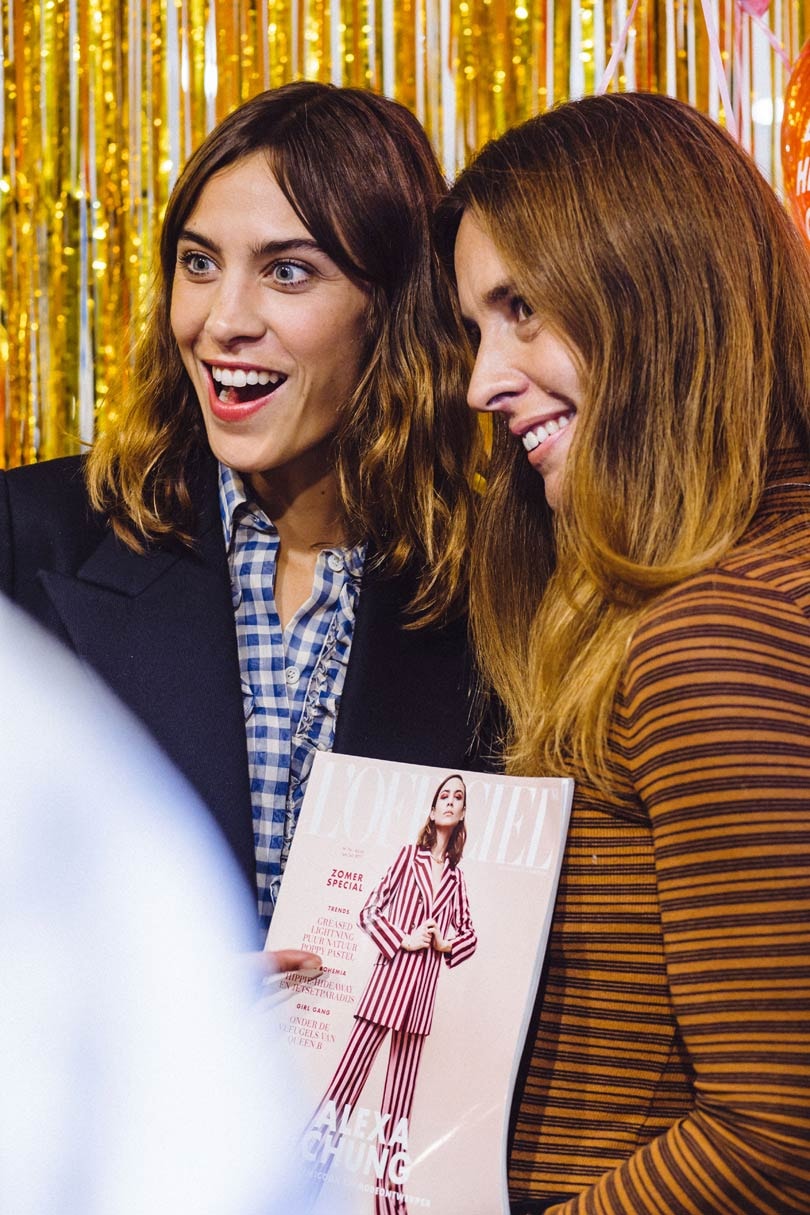 “It was a bit of a shock getting into the business, starting a company from scratch”

She moved back to London and set about creating her own business, in her own way, securing investment from Pembroke VCT, managing partner and co-founder of equity firm Oakley Capital, Peter Dubens as well as an unnamed group of high-net-worth individuals. Chung also hired Edwin Bodson, former head of Haider Ackermann and Ann Demeulemeester, as the brand’s managing director, who was sold on her vision for her brand within an hour of meeting her. “It was so refreshing to meet someone as dedicated as she was to launching her own brand,” he reveals to FashionUnited over the phone. “It was really inspiring to me.” 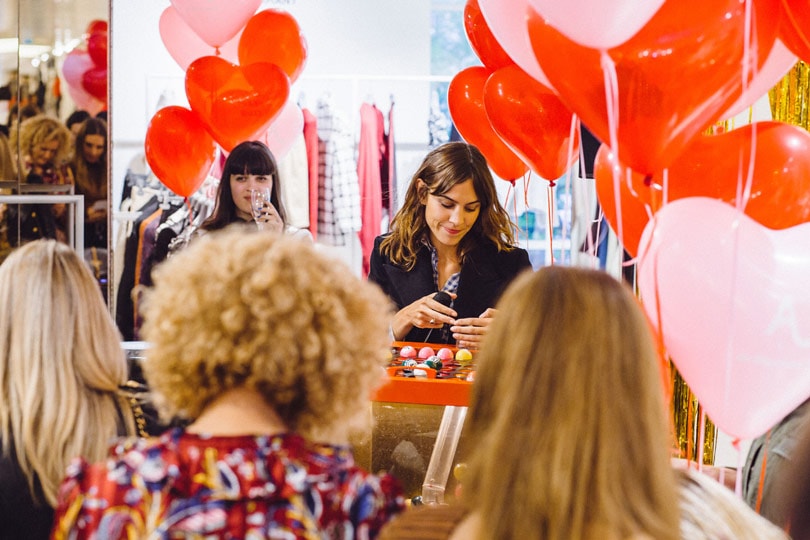 Alexa Chung on the reality of launching her own brand Alexachung

The two have become so close that Chung refers to him as ‘Dad’, even though he is two years younger than she is. “I will admit that I did feel a little overprotective of her at the beginning, but with time she has really flourished in her role as the brand’s creative director,” says Bodson. Chung agrees, even though she does struggle with certain areas of the role. “It took a while for me to be comfortable with responsibility, which still is weird - I am not necessarily really comfortable with it yet, to be honest - I am always trying to palm it off onto someone else. Which is why I call Edwin my boss even though I am technically his boss,” she reveals with a chuckle.

In his role at Alexachung, Bodson manages the business side of the brand, overseeing the logistical and operational aspects while at the same time pushing Chung to try new things, or saying no. “For the second collection we really pushed Alexa to do more, to try out new styles that she may have been more afraid to try out before,” he adds. “We want her to bring her customers into her world, she has such a broad imagination and we wanted to share that in the second collection through storytelling.” For example, while working on ‘Prom Gone Wrong’ Bodson made sure that he spent more time with Chung bringing her ideas for the collection come to life, which certainly has paid off. 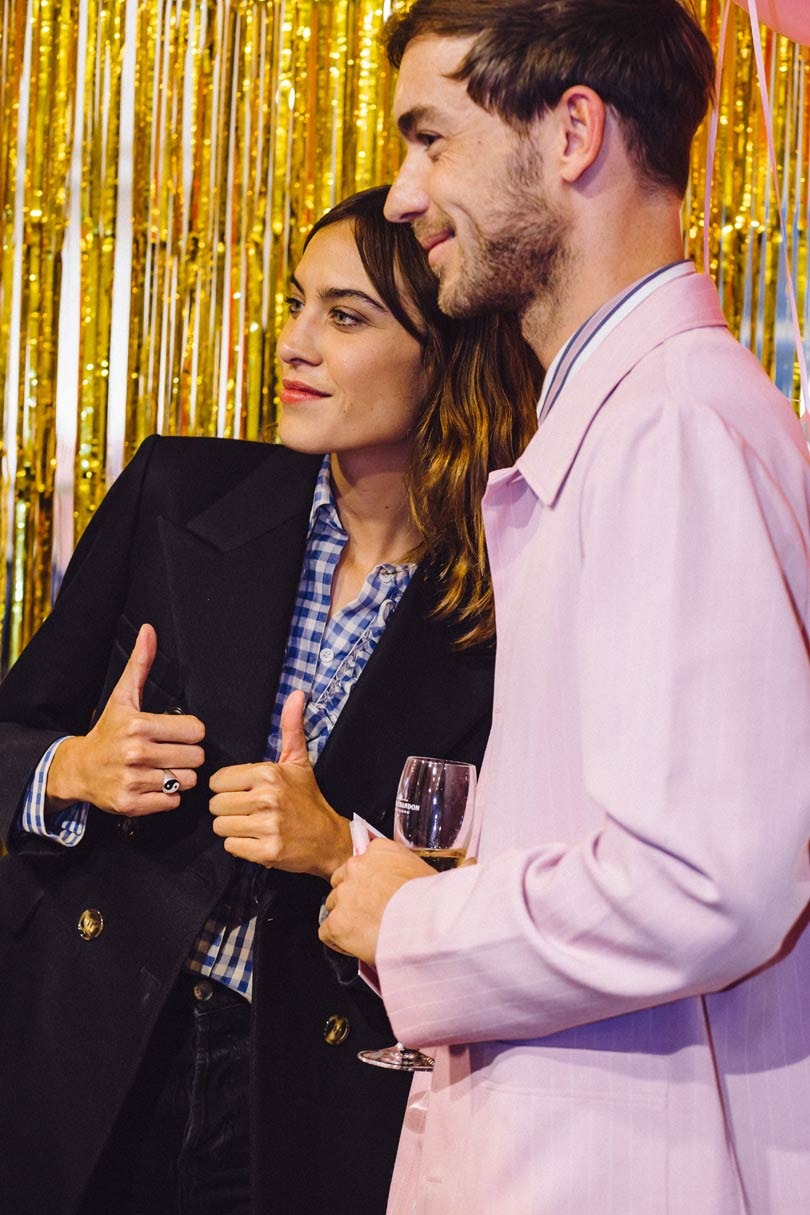 "We want her to bring her customers into her world, she has such a broad imagination"

A number of the pieces have already sold out on Alexachung own webshop following the collection launch, such as the oversized Face Jumper, one of Chung’s favourite pieces. The mohair jumper sold out within a day after a certain celebrity friend of the designer shared a photo of it on Instagram. “The tri-coloured face jumper sell-out really shows how strong of a connection Alexa has with her fans and how much they look up to her and aspire to be like her,” muses Bodson. “E-commerce remains the strongest channel for us as well, as it offers us the largest margin business-wise, as well as the fastest way of getting Alexachung products to customers who do not live near our wholesale partners.”

Alexachung.com is also the brand’s main point of access outside of in-store events and presentations for customers to start building a relationship with a brand, as well as Chung’s social media accounts, which the British model is well versed in. With an Instagram following of 2.8 million, she is used to sharing her take on fashion with the world. However, some try to use her fame to cast a negative light over her brand. After her debut collection launch in May, Chung was labelled a celebrity designer, a loaded term which can imply privilege and lack of hard work to some. 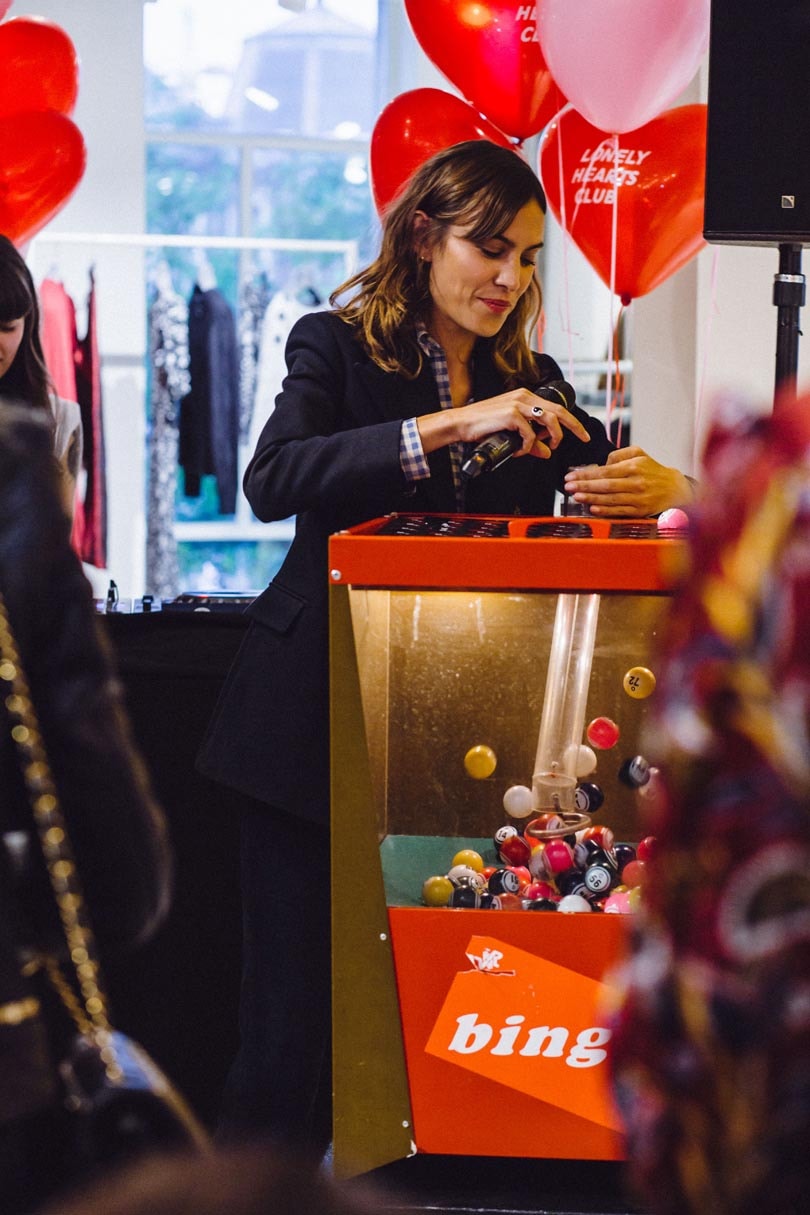 “Well I am a celebrity, and I am a designer, so I suppose I am one,” she replies when asked her thoughts on the term. “But I like to see the label ‘celebrity designer’ as a positive thing. Also, loads of designers have become celebrities in their own rights after becoming high-profile designers.” Chung stresses that she doesn’t really care how people label her, or what they think of her at the end of the day because none of it really matters when it comes to the brand. “Ultimately, if you are on the shop floor and you like my leopard print coat, you’re not going to not buy it because you heard from someone that I’ve said something bad about a celebrity,” she points out.

“It’s just silly. I think that I’ll just try to concentrate on making nice clothes and the rest of it will fall into place.” Instead, she’d rather focus her energy on creating clothes that evoke certain feelings in her customers, as she does care whether they like her designs or not she explains. At the end of the day, she hopes that her eponymous brand will be able to exist separate from the idea that she is the designer behind it all. “You know Victoria Beckham has people that may not be a fan of her personally, but still swear by her pencil skirts - that’s what I mean about an item taking on its own life, it’s not necessarily anchored to its maker anymore.” 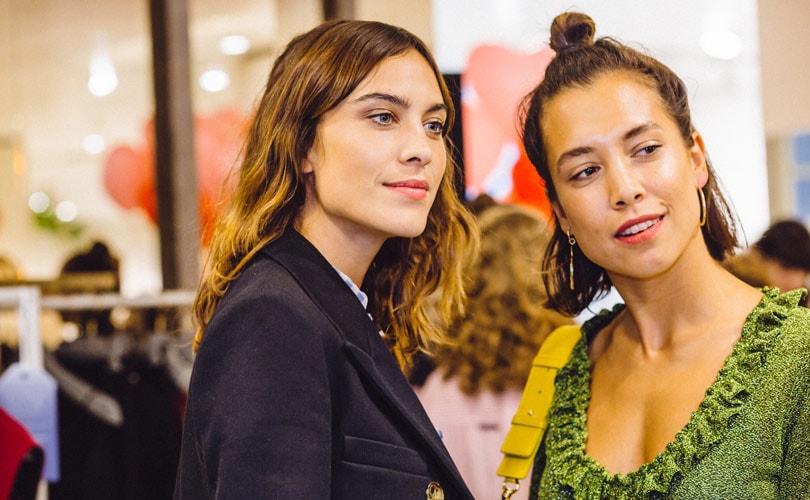 At the moment the sky may be the limit when it comes to what Chung has in store for her brand, but it hasn’t been all easy sailing for Chung as there were a few hurdles concerning her vision she had to overcome. “I did find it difficult in those first collections to match my personal taste in the fabrics we were using with the price-points we are presenting,” she says, before quickly adding: “I think we have done a really good job of getting that balance right now, but it was a bit of a learning curve for me because there was a bit of fight between what I wanted and what was available at the time.” She praises Paula, the team’s fabric specialist for being the one to help source the right fabrics she wanted, once that felt ‘luxe’ but sat within the price range she set for Alexachung. Chung is keen to make sure her brand’s positioning remains accessible, which offers slogan t-shirts from 75 pounds to suede jackets for 1,350 pounds.

“I suppose we still have limitations when it comes to designing the collection because we want to make something that is the best quality possible, but at a price point that I want for my customers,” she says. Following Alexachung’s initial success, the brand has numerous plans in store for the future, setting its sights on growing its presence overseas in countries like the US and Japan, hints Bodson. Although it is a little too soon to be thinking about opening a stand-alone store, there are some retail partners who have been pushing for this behind the scenes. But either way, the first Alexachung store to open will be in London.

“We have a nice head office now, with a good decor and clothing on the rails,” states Chung, while looking over at her collection on the racks in de Bijenkorf. “I don’t want to be overly ambitious with the brand. I’d be very happy if it was still doing steady business, if we were just selling clothes and people loved it. I think that you can lose sight of that more immediate customer connection when it comes to putting stuff out too quickly. Then you have to remember you are designing something that makes people happy when they put it on their bodies - which for me is my main priority.” Judging by the way Chung reacts with the crowds at her event, it is clear that making people happy with her designs also makes her happy.