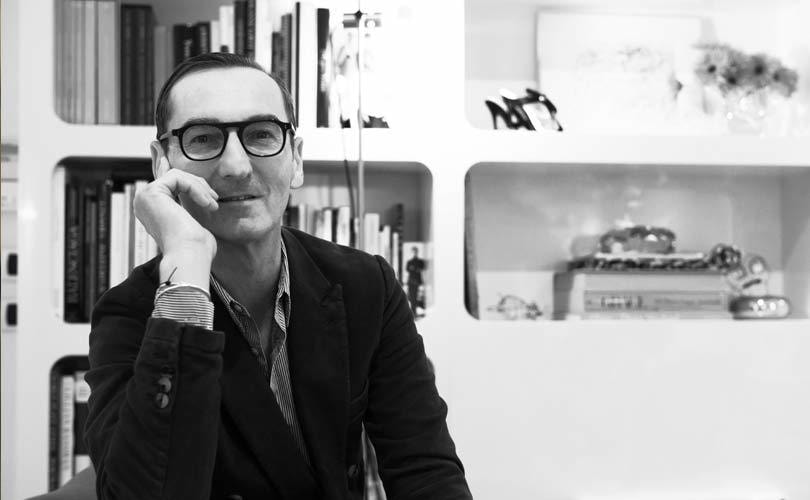 Roger Vivier has confirmed that its longtime creative director Bruno Frisoni is to leave the label by “mutual agreement” at the end of his current contract.

Frisoni, who has been at the helm at Roger Vivier for the past 16 years, will present his last collection for the brand for autumn/winter 2018 in Paris on February 27, during fashion week.

“These sixteen years dedicated to reviving Roger Vivier represent a fascinating and exceptional experience,” said Frisoni in a press statement. “I thank Diego Della Valle for his trust, Ines, an inspiration and a friend forever and of course the talented teams and collaborators who allowed me to bring the brand where it is today. An extraordinary adventure."

The news follows a solid performance by the brand in 2017, with sales at Roger Vivier up 9.7 percent from FY 2016 to 179.3 million euros, driven by positive results in all the main markets. This in comparison to the parent company Tod’s Group, which saw a decline of 4.1 percent in FY17, with its consolidated sales totalling 963.3 million euros.

Frisoni has been credited with modernising the fashion house and taking the iconic footwear brand, known for its ‘Belle de Jour’ buckle shoes as worn by Catherine Deneuve, in a new design direction, following the passing of the label’s namesake.

Diego Della Valle, president and chief executive of the Tod’s Group, which owns Roger Vivier, added: “I would like to thank Bruno on my behalf and on behalf of all the people who work for Roger Vivier, for the work which has been done during all these years and I wish Bruno a future filled with new opportunities and success.”

Roger Vivier has not yet disclosed who Frisoni’s successor will be, or what the designer’s next move will be. In 2011, the footwear designer halted his own signature shoe line, after 12 years in business, so is a revival in the works?