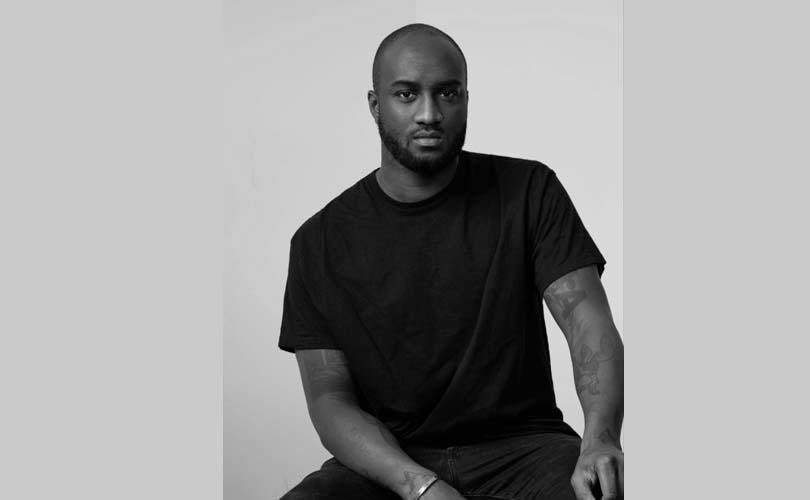 Five things you should know about Virgil Abloh

Virgil Abloh, the founder of cult streetwear label Off-White, has been appointed the new artistic director of Louis Vuitton menswear, succeeding Kim Jones. The hire has made waves within the fashion industry, as although the Chicago designer has no formal fashion training, his brand has had an unprecedented impact on the fashion. Abloh's success has been linked to his ability to merge street and sub-cultures with high-end fashion, and many have applauded Louis Vuitton for its new appointment. In 2015 Abloh was a finalist for the LVMH Young Designers Prize, and now he is a creative head at one of the luxury conglomerate's leading brands.

Here we share five facts about the 37-year-old designer.

He holds an MA in Architecture

Although Abloh is now completely at home within the fashion industry, it is not the profession he originally began out in. He actually holds an MA in architecture, from the Illinois Institute of Technology. Abloh first began his career at an architectural firm before going on to found RSVP Gallery, an art gallery in his home city of Chicago with Don C and Marc Moren back in 2009.

Working for Kanye West in 2009

Launches his own brand

Although he dabbled with fashion and design, it was not until 2012 when he founded his first fashion brand, Pyrex Vision, that Abloh really began to make a name for himself in the industry. Seen as the first incarnation of Off-White, the brand's offering included screen printed logos on Champion t-shirts and deadstock Ralph Lauren flannels. At the same time, Abloh collaborated with designers Matthew Williams and Heron Preston in the collective called 'Been Trill'. A year later, Abloh would go on to found Off-White.

Off-White, an evolved incarnation of Pyrex Vision, sees the designer looking to his background of a mix of subcultures for inspiration. This season sees the Off-White maturing, as Abloh describes her as a woman who "grew up riding horses, so has a knowledge of formalwear, but is equally intrigued by going to the gym during the week and figuring out how to wear athleisure in a new way," to British Vogue backstage at Paris Fashion Week.

King of the collaborations

Off-White has numerous collaborations under its belt, including those with eyewear label Warby Parker, Italian luxury brand Moncler and sports brand Nike. Abloh is also said to have a collaboration with no other than furniture manufacturer Ikea in the making and is set to give the iconic blue 'Franka' shopper a make-over.

The first collection from Virgil Abloh for Louis Vuitton will be unveiled in June 2018 at the men's fashion week in Paris.