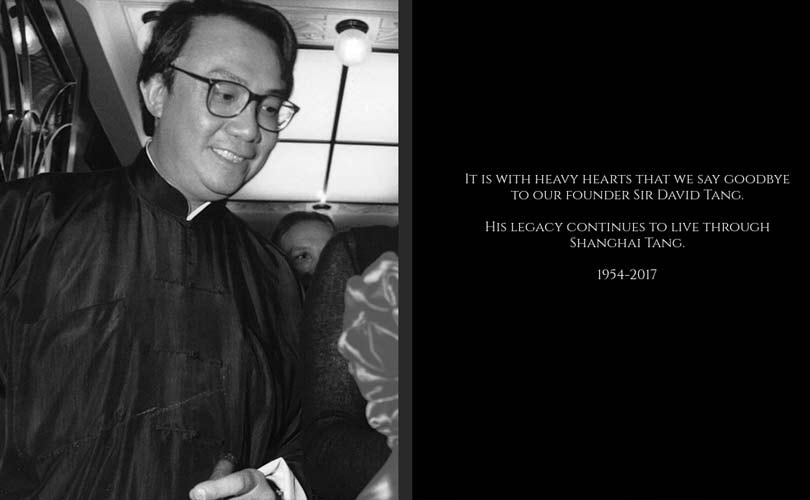 David Tang, Hong Kong entrepreneur, socialite, and founder of fashion brand Shanghai Tang, has passed away at the age of 63.

Tang, who spent his time between London and Hong Kong, was battling liver cancer for some time before passing away according to media reports. He was well known for his witty and satirical weekly column for The Financial Times weekend edition. Tang leaves behind his spouse, Lucy, children Victoria and Edward and grandson Rocco.

David Tang began his fashion label Shanghai Tang in 1994. The brand is known as one of the first luxury Chinese brands to become global and blends Eastern and Western design influences into its designs. Luxury conglomerate Richemont took a controlling stake in the brand in 1998 and acquired full ownership of the brand a decade later.

The brand changed ownership again this July, as Richemont sold the luxury label to a consortium of investors led by Italian entrepreneur Alessandro Bastagli for an undisclosed sum. Shanghai Tang currently counts 32 stores across the globe.

In a previous interview with the Financial Times back in 2010, Tang said he would like to be remembered by this Hilaire Belloc quote: "When I am dead, I hope it may be said: His sins were scarlet, but his books were read."