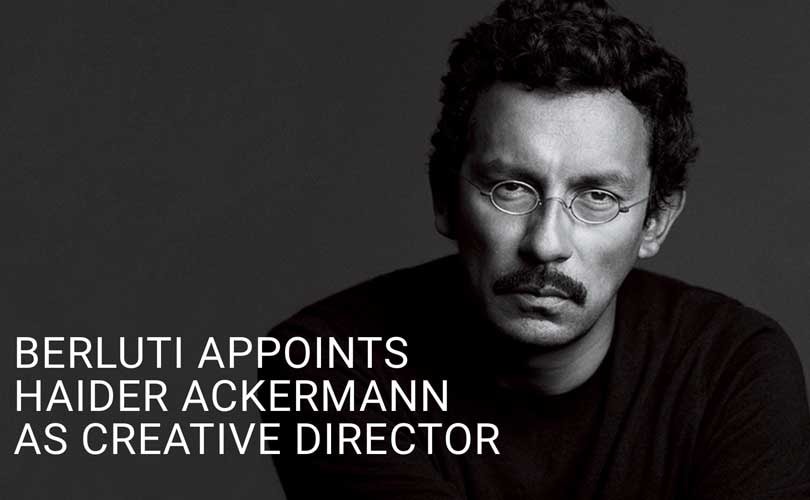 Berluti has a new man in charge of their design team. Haider Ackermann has been named the new creative director of the brand. His first collection will bow for January 2017.

This is a major shakeup for the brand which was once known for more tailored, traditional offerings.

“We are not a sartorial brand,” said Antoine Arnault, chief executive officer of Berluti, in a statement. “If you go to our stores, yes we do have high-end bespoke. But we are a luxury men’s wear brand where sartorial meets casual. And when you see our product mix, a mix of both makes it interesting.”

Footwear still accounts for 50 percent of the business, so that is something Ackermann will have to give special focus to.

The brand will be expanding their more casual offerings as those are their top selling categories right now.

Ackermann is known for his sweatshirts and hoodies, which have been made popular thanks to celebrities like Kanye West.

In a statement, the designer said he was “honored” to join Berluti and that the house “stands for the essence of luxury men’s wear and embracing this new adventure inspires me.”

Berluti is owned by LVMH Moet Hennessy Louis Vuitton, and as a result, they don't publish specific sales figures, per company policy. According to Arnault, the business is doing well. Berluti has a total of 45 boutiques worldwide and 20 wholesale accounts.

Former creative director Alessandro Sartori is now the artistic director of Ermenegildo Zegna. His first collection for the brand will bow for fall 2017.