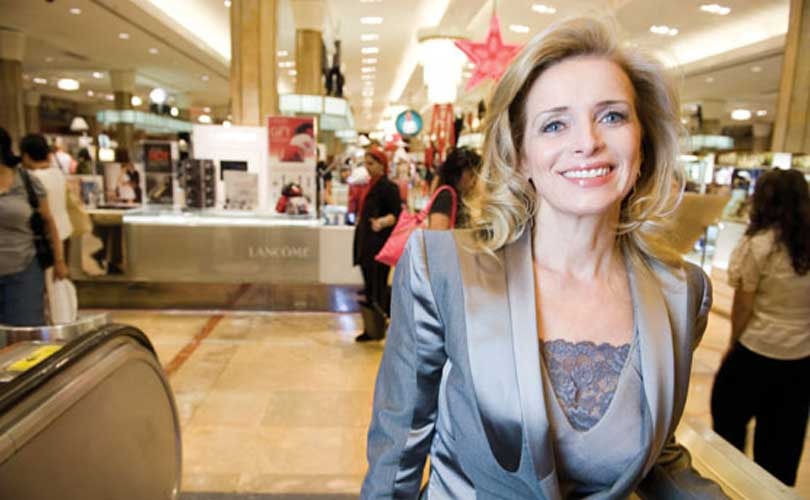 Martine Reardon, Macy's Chief Marketing Officer has decided to leave the company, effective May 13, 2016, after 32 years of service.

"I am extremely proud of the work that I have led in building Macy's into an international omni-channel brand. We have established a clear and compelling brand promise rooted in fashion, entertainment, pop culture, value and newness, and opened potential new avenues for growth," said Reardon.

Commenting on her departure from the company, Terry Lundgren, Macy's Chairman and CEO, said, "It is with deep sadness that we accept Martine's resignation from Macy's. Martine is a very special executive who has come to personify the spirit, energy and integrity of Macy's. She has poured her mind, heart and soul into making Macy's the industry leader it is today. Martine's leadership, insight, creativity and expertise have enabled Macy's to compete in physical stores and digitally as customer shopping preferences have evolved.”

Reardon rose through the ranks at Federated Department Stores, and Macy's, beginning in the special events department at Abraham and Straus. Under her leadership, Macy's has received many significant retail industry accolades for marketing, including Mobile Marketer of the Year, Direct Marketer of the Year, Brandweek Marketer of the Year and the L2 Genius Award for digital relevance in retail marketing several years running. Reardon has received the "Power of Women to Make A Difference" Award from the United Way of New York City, the Lifetime Mission Achievement Award from the American Heart Association, and the Matrix Award from the New York Women in Communications, and has served as Advertising Women of New York's honoree at its Annual Roast.

A member of Macy's Executive Committee, Reardon sits on the board of the Make-A-Wish Foundation, as well as the Retail Advertising Marketing Association (RAMA), a division of the National Retail Federation. She has chaired the American Heart Association's annual Go Red for Women New York City luncheon since 2006, is a member of the International Women's Forum, and participates in many industry events and conferences as keynote speaker.