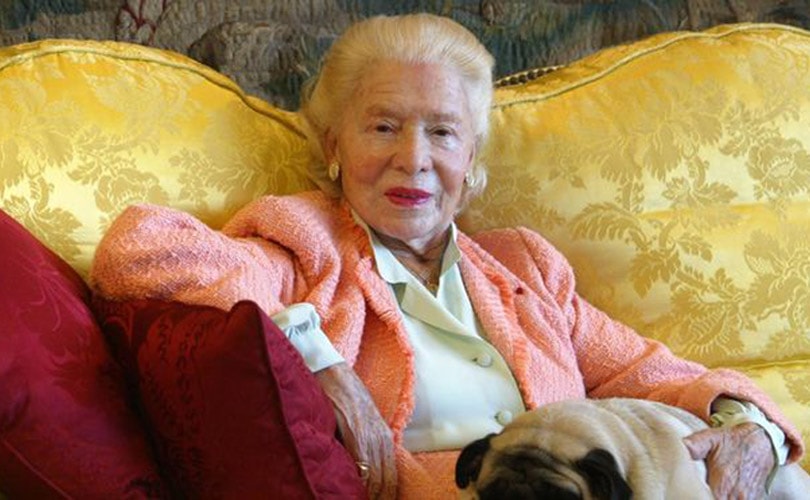 "She passed away this morning (Monday) at her home" in Paris, said Catherine Degueldre, secretary of the Grog-Carven Association. Carven, who opened her fashion house in the French capital in 1945, conducted a five-decade long career founded on the idea that style should belong to all, not just to tall, skinny models.

Born Carmen de Tommaso on August 31, 1909 in central western France, she renamed herself Marie-Louise Carven and designed clothes with a fresh and carefree style that were an immediate hit with actresses like Leslie Caron and Martine Carol and young girls around the world.

Overcame 'complex' for being short

Ignoring her mother's view that at 1.55 metres (five foot one inch) tall she would "never be elegant", she dropped early plans to become an architect or interior designer and set about creating clothes that flattered women like herself.

"I truly suffered from a complex.... I am 1.55 metres with curves, and during my youth, fashionable women were so tall, so willowy, so thin," she told AFP in a 2002 interview, a decade after retiring.

In 1945, at the age of 34, she opened her own haute couture fashion house on the Champs-Elysees, and called it Carven. The Carven name was one she also chose for herself, reinventing her image f or life in Paris.

In 2009, the French government paid tribute to her as "one of the most eminent creative forces in French and international fashion". "Couture brought me happiness, they were the best years of my life," Carven recalled with a smile at a celebration the same year ahead of her 100th birthday.

Unlike other labels such as Christian Dior, Carven reached out to younger women with practical yet flattering and sexy designs. She only gave up designing in 1993, in her 84th year, to concentrate on a passion for old furniture and antiques.

Together with her husband, Rene Grog, she also built up a major collection of objets d'art which was later donated to the Louvre museum, where many of the items are now on permanent display.

Today her fashion house, after having gone through several other owners, has abandoned haute couture to focus on ready-to-wear. Its women's wear designers today are a pair in their 30s, Adrien Illaudable and Alexis Martial. (AFP)