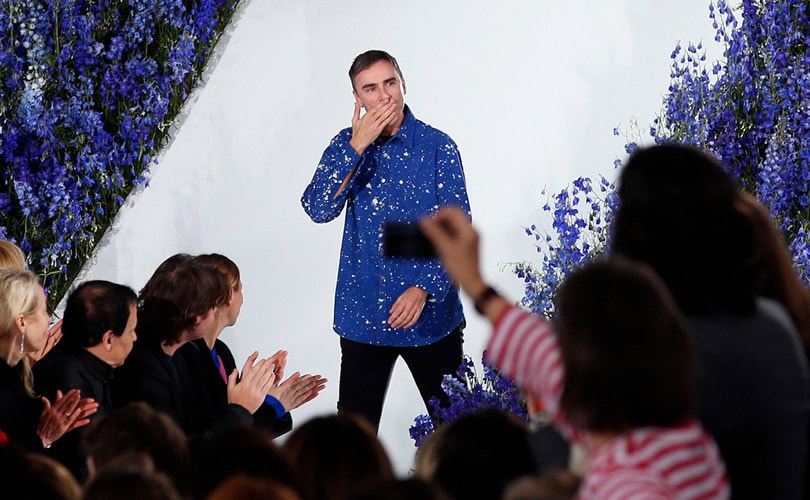 Raf Simons has quit as creative director at Christian Dior after more than three years, the fashion house said Thursday.

The collection he presented at the Paris fashion shows earlier this month will be his last for the French label. "It's after deep reflection that I have decided to quit my post as creative director for Christian Dior's women's collection," the Belgian designer said in a statement.

"It's a decision founded on one hand by my desire to concentrate on other centres of interest in my life, notably my own label, as well as the passions that motivate me beyond my professional activities," he said, adding that it had been an "immense privilege" to work for Dior.

The 47-year-old took over in April 2012 after British designer John Galliano was fired following a scandal over anti-Semitic insults he made in a Paris bar that were caught on camera.

Bernard Arnault, head of LVMH which owns the label, and Dior CEO Sidney Toledano released a statement saying they respected Simons' decision and "warmly thank him for his exceptional creative contribution".

It remains unknown who his succesor will be.