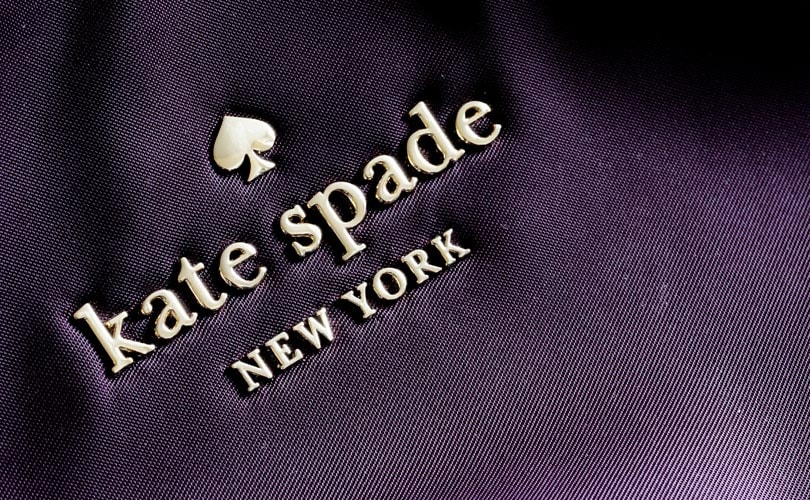 Recap: prominent fashion figures who passed away in 2018

Unfortunately, several prominent names within the fashion industry passed away in 2018. FashionUnited pays homage to them as we look back at the most important events of the year.

Hubert de Givenchy, the French fashion designer famous for designing much of the personal and professional wardrobe of Audrey Hepburn and Jackie Kennedy, died in March aged 91. Founder of the eponymous fashion house, Givenchy set the template for ladylike chic in the 1950s and 1960s. Although Coco Chanel is credited with making the "little black dress" a thing, the dress Givenchy created for the opening scene of "Breakfast at Tiffany's" is perhaps the most famous little black dress of all time. "His are the only clothes in which I am myself. He is far more than a couturier, the is a creator of personality", said Hepburn at the time.

Givenchy retired in 1996, eight years after his label was acquired by luxury conglomerate LVMH. He was first succeeded by John Galliano, who was soon to leave for Dior, handing over to Alexander McQueen. Since 2017, Givenchy's creative vision is led by Clare Waight Keller, who designed Meghan Markle's wedding dress this year.

Accessories designer Judith Leiber, known for her whimsical handbag creations, passed away at the age of 97 in May. She died just hours after the death of her husband of 72 years, Gerson Leiber, also aged 97. Both Leibers reportedly died of natural causes.

Her designs, often referred to as pieces of art, have been carried by the likes of Great Garbo, Elizabeth Taylor, Sarah Jessica Parker and Hillary Clinton. Born in 1921 in Budapest, Leiber was a Holocaust survivor who moved to the US at the end of World War II. She launched her namesake brand in 1963, after working for several fashion houses and handbag manufacturers in Nw York, including Nettie Rosenstein. She sold her company in 1993 to Time Products for a reported 16 million US dollars, remaining within the company as Creative Director until her retirement in 1997. Following her retirement, the company was acquired by Authentic Brands Group.

A museum in honor of her works opened in East Hampton, New York, in 2005. Leiber's handbag designs can also be seen at The Smithsonian and The Metropolitan Museum of Art.

Fame and wealth do not always guarantee a lifetime of happiness, as the passing of fashion designer Kate Valentine, better known as Kate Spade, sadly highlighted. The entrepreneur was found dead in her New York City apartment on June 5 after committing suicide. She was 55 years old.

Spade first launched her range of colorful handbags in 1993 and opened her first shop in New York City three years later. Over the years, the label gathered a legion of loyal customers thanks to its chic yet affordable bags, which came to symbolize young women’s first steps into adulthood. “My grandmother gave me my first Kate Spade when I was in college. I still have it”, said Chelsea Clinton on Twitter on the day of Spade’s passing. “I was 22 when I moved to NYC and got my first job. My first check that had overtime hours on it, I set aside that money and bought myself a Kate Spade bag”, tweeted Alyssa Mastromonaco, President of Global Communications Strategy & Talent at A&E Networks and former CEO of Vice Media.

Spade went on to create an accessories brand called Frances Valentine in 2015, named after her daughter. She said in a 2017 interview with the Wall Street Journal that the label’s goal was to offer products that would cheer customers up.

Net-a-Porter’s former Chief Executive Mark Sebba passed away from a heart attack in July at his home in Crete, Greece, aged 69. Sebba joined the luxury online retailer in 2003, three years after its launch, and remained at its helm until 2014. He was integral to the company’s growth over the period, as well as to the launch of The Outnet, Mr Porter and the in-house fashion label Iris & Ink. When Sebba retired, Net-a-Porter made a video calling him “the most loved CEO”.

But he remained active even after retiring, serving as an independent consultant to several businesses such as online flower store Flowerbx and plus-size fashion brand Eloquii, sold to Walmart in 2018. On the day of Sebba’s passing, Natalie Massenet, Co-Founder of Net-a-Porter, called him “a mentor, father figure and partner in building the Net-a-Porter Group”, emphasizing his guidance through the company’s sale to Richemont, concluded in May. Net-a-Porter was valued at 350 million pounds at the time of the transaction.

Two of Benetton’s four founding siblings left us in 2018. Carlo Benetton died in July and Gilberto Benetton passed away three months later. Both of them died at their homes in Treviso, Italy, from undisclosed diseases.

Benetton was founded in 1965 by Carlo, Gilberto, Giuliana and Luciano Benetton in Ponzano Veneto, a village near Venice. Their colorful sweaters quickly became popular in local stores, leading the brand to expand worldwide in the following years. Benetton achieved notoriety thanks to its daring advertising campaigns shot by Italian photographer Oliviero Toscani in the 1980s and 1990s. Always featuring the slogan “United Colors of Benetton”, the ads advocated for diversity and inclusivity.

But the company has been struggling to keep up with fast fashion competitors in recent times, which led one of the brothers, Luciano, to return to the company this year after having left it in 2012. Benetton ended 2017 at a loss of 180 million euros.

The matriarch and honorary president of Italian shoemaker Salvatore Ferragamo died in October aged 96. She took over the company following her husband’s death nearly 60 years ago, and ran the business alongside raising six children. Her youngest was only two years old when she became a widow.

Wanda Ferragamo was instrumental to the label’s growth, having added ready-to-wear and accessories to its portfolio. While Salvatore Ferragamo still remains a family business, it is rumored that the company may be looking for external partners, similarly to other Italian fashion houses such as Versace, sold this year to Michael Kors, and Missoni, which sold a 41 percent stake in the company to Italian fund FSI.

Alain Chevalier, one of the founders of luxury conglomerate LVMH, passed away at his home in Megève, France, in November. He was 87 years old. Born in Algeria to French parents, Chevalier studied law and political science. He held several roles within French ministries before moving on to the private sector as Moët et Chandon’s General Manager in 1970. He is credited with transforming the champagne brand into a worldwide luxury goods group through numerous acquisitions. The merger with Louis Vuitton happened in 1987. He left the company two years later.