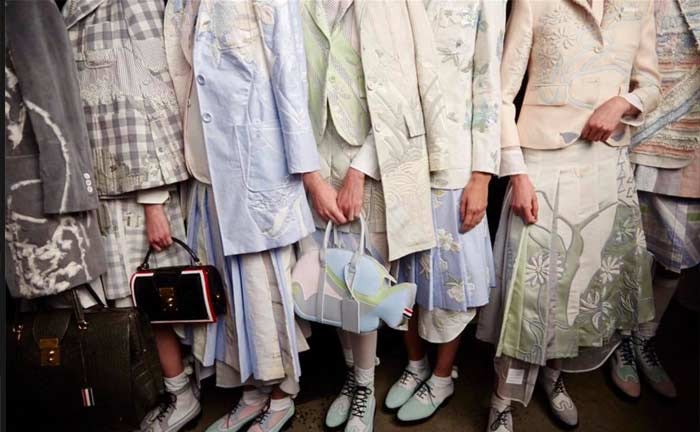 Bazan steps into his new role at Thom Browne with 15 years of experience, including the five years he spent at Alexander Wang, he's also worked at both Marc Jacobs International and Alexander McQueen.

Namesake founder Thom Browne said in a statement that Bazan's "commitment and understanding of the culture and his long-term vision for the growth of the Thom Browne business. With his leadership, he will be able to guide Thom Browne both as an important business and an important collection for both men and women worldwide.”

Bazan's appointment is a reflection of the influence of new investor Sandbridge Capital who purchased a minority stake in Thom Browne last year.

In 2001, Browne launched his eponymous label, and became famous for his suits with cropped pants and his elaborate fashion shows. In 2006 and 2013, he received the men's wear designer of the year award from the Council of Fashion Designers of America.

The company reportedly has sales between 80 million dollars and 90 million dollars, with the brand sold in over 180 stores across 25 countries and through 15 flagship doors, concessions, and franchise stores in New York, Tokyo, Hong Kong, Seoul, and London.

Bazan was quoted saying to WWD, “Thom has developed a modern fashion house, deeply rooted in American culture and with a strong point of view. This is a great foundation on which we can continue to develop a leading global business.”