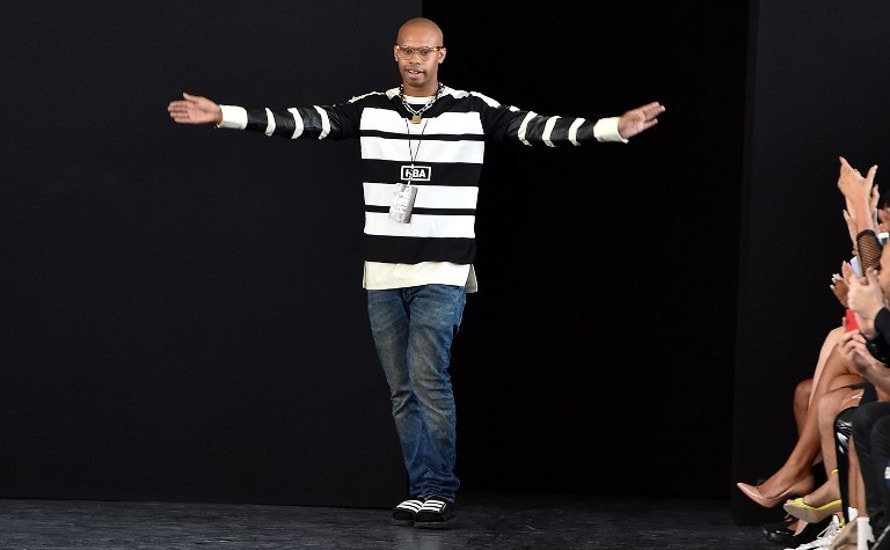 Shayne Oliver, the designer behind Hood by Air, has new duties under his belt. The designer has been recruited by Helmut Lang for a special collection to be released in September 2017. The story first broke on Business of Fashion. Helmut Lang is owned by Fast Retailing subsidiary Link Theory Holdings, the company also behind Theory.

In addition to Oliver's appointment, Isabella Burley, the editor-in-chief of Dazed Magazine, has also been named the brand's editor-in-residence. It was Burley who recruited Oliver to design for the brand. The capsule collection will include menswear and womenswear, as well as accessories. It is thought that she will continue to bring on designers to create more capsule collections.

"Helmut Lang is a pioneering company and we are going back to its heritage of being bold,” said Rosen, who is also chief executive of Theory, to Business of Fashion.

Oliver's involvement with Helmut Lang became the industry gossip of the season during Fashion Month, and with the cancellation of his show at Paris Fashion Week, many wondered if that meant Hood by Air would cease to exist as he would go to work for Helmut Lang. However, a spokesperson for Hood by Air has stated: "Shayne is currently focusing his time on the special project with Helmut Lang. As a result, HBA will be continued but is transitioning to accommodate this. We will be releasing more information soon.”

Helmut Lang's turnaround will be interesting to follow, as the market for contemporary brands has become very saturated and mid-priced brands have been struggling to turn top profits.

This summer, the brand will reveal a newly revamped website and overhaul their digital presence.

The namesake founder left over a decade ago to pursue art. Since then, the brand has seen many transition periods, including the departures of former creative directors Nicole and Michael Colovos in 2014.