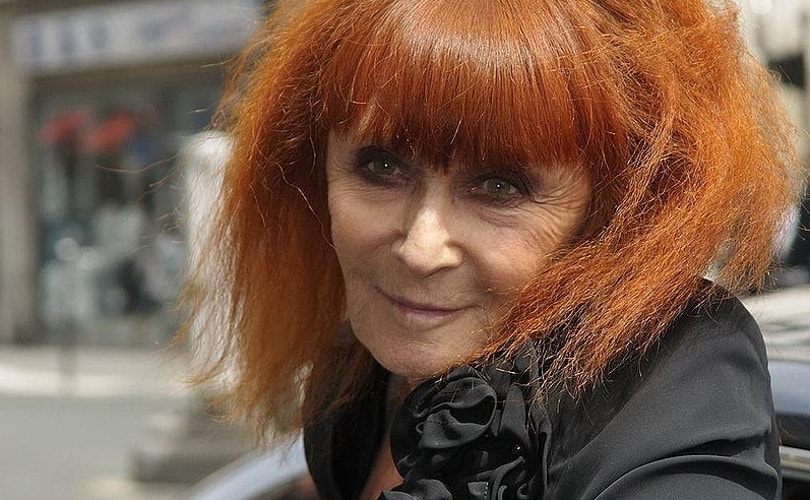 French fashion designer Sonia Rykiel has passed away at the age of 86. Founder of the eponymous Parisian fashion label Sonia Rykiel and its ready-to-wear diffusion line Sonia by Sonia Rykiel the celebrated designer died on Thursday after a long battle with Parkinson, her daughter revealed to AFP.

"My mother died at 5:00 this morning at her home in Paris from the effects of Parkinson's," Nathalie Rykiel said to AFP. The designer had been suffering from Parkinson's disease for the past 19 year, a relvelation she made in her book N’Oubliez Pas Que Je Joue, or Don’t Forget It’s a Game in English in 2012.

Although the designer looked increasingly frail when seen in public, at the time not many knew she was suffering from the illness. Rykiel previously sought to keep it a secret for as long as possible before coming forward after noticeable symptons, such as uncontrollable trembling. "I don’t want to show my pain. I resisted, I hesitated, I tried to be invisible, to pretend that nothing was wrong. It’s impossible, it’s not like me," she wrote in her book, which was co-authored by Judith Perrignon.

Rykiel, who was the eldest of five daughters, first began working in the fashion industry when she was just 17 years old as a window dresser for a Parsian textile store. She married Sam Rykiel, a boutqiue owner in 1953, with which she had two children - Nathalie Rykiel and Jean-Philippe Rykiel. However, it was not until 1962, when she was unable to find sweaters she wished to wear during her pregnancy that she began designing. Her famed sweater design, named 'Poor Boy Sweater,' was a hit and made the cover of Elle magazine in 1967, earning her the title of 'Queen of Knits' in 1972.

She went on to dress the likes of Audrey Hepburn, Brigitte Bardot and Catherine Deneuve, becoming one of the first designers to creates knitwear with the seams on the outside. Rykiel went on to design numerous ready-to-wear collections, before branching out into menswear, childrenswear, accessories and fragrances. Her designs said to embody the art of French chic as well a s functionality and practicality.

She named her daughter artistic director and CEO of her eponymous brand in 1995, who remains a consultant for the brand to this day. In 2008 the label held a fashion show in honour its 40th anniversary and Nathalie Rykiel invited thirty of the most influential fashion designers at the time to share their vision of the Rykiel women. Rykiel was awared the Order of Légion d'Honneur in recognition of her 40 years of service in the French fashion industry a year later. During the same year, the brand teamed up with Swedish fashion retailer H&M for its annual designer collaboration collection. "Sonia Rykiel pour H&M" was an immediate hit. Julien de Libran was appointed as artistic director in 2014.

Rykiel is survived by her two children.