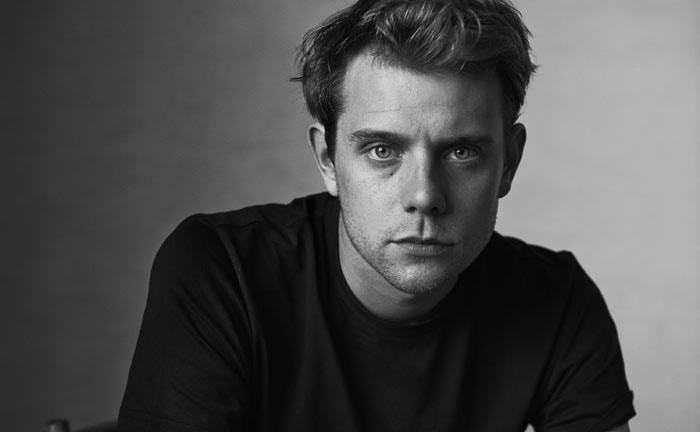 The Troubled Past of Fashion Wunderkind Jonathan Anderson

Jonathan Anderson grew up just down the road from me on a farm in a village in the heart of Northern Ireland called The Loup, (pronounced “Loop.”) You could count the number of families that live there on both hands. The climate is rainy, the major industry is cattle farming, and the land is hallucinogenically green. While Ireland can certainly hold its own in for having produced notable talents in a variety of fields, and Northern Ireland can boast a smattering too––Rory McIlroy, Seamus Heaney–– feted zeitgeist-capturing fashion darlings who have the industry at their feet are as rare to us as three consecutive sunny days in July.

Anderson said in a September 2015 interview with The Guardian, “When I look back at things I'm into today, I always think it's things between (ages) 8 and 15 that influence the most.”

So it begs the question what makes Jonathan Anderson from The Loup so special? He’s only been in business since 2008, yet his own London-based brand, J.W. Anderson, has garnered the awards and cult following that other British labels can only dream of acquiring in twice that time. Combine that with the commercial rewards that helming Spanish luxury house, Loewe (older than Louis Vuitton and Burberry, and part of the LVMH empire) inevitably brings, plus an investment by LVMH in his eponymous label, and you have a modern-day fashion fairytale. So when rumors emerged last week that Nicholas Ghesquière was on his way out at Louis Vuitton, Anderson was automatically cited as his successor. Although the rumblings were swiftly squashed, the last few years have taught us that there is rarely smoke without fire in these situations. We will wait and see, but every time a luxury spot is vacated, Anderson’s name will inevitably be floated to fill it. All this and he’s just thirty-one.

Product of the Troubles

His age is significant because, like myself, Anderson grew up smack-dab in the middle of an interesting period in Northern Ireland’s history: during those years that have become known as “The Troubles.” I often wonder how the experience has effected me, my generation, both creatively, psychologically, otherwise. In an interview with Purple magazine, Anderson described the “very tricky” time: “people sometimes forget that Northern Ireland was a very complex country. It was in a state of war. It was obviously part of the UK, but there was a lot of unrest. My parents still live there, and I’m really glad that I grew up there. It’s a country that is very personable. People want to help each other even though certain parts of the population work against each other.” 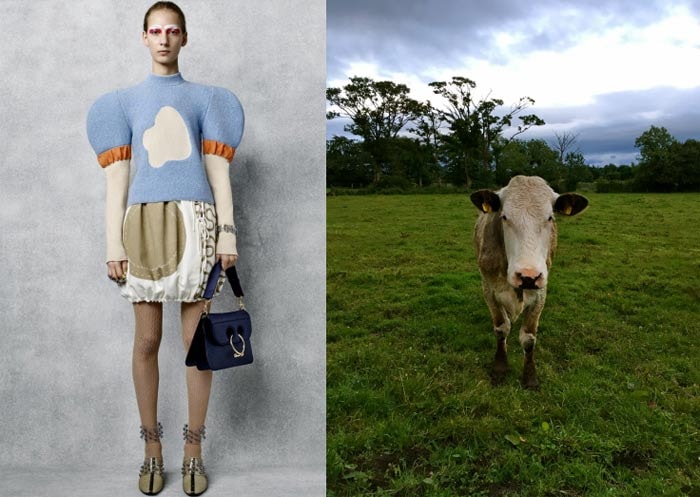 Might that help explain his rise? An ability to rely on those around him yet a familiarity with conflict? Successfully delegating tasks to others yet understanding that collaboration is key certainly comes in useful in today’s fashion industry.

A refusal to conform

Much of his success, and particularly what gained him notice for his own brand, is the uniqueness of his vision. He maintains a hearty disinterest in pinning his aesthetic down; he rejects pigeonholing. Gender stereotypes were given short shrift from the beginning as frilly men and uncompromising, blunt-edged women strode his runways. His collections have not always been praised, especially early ones, but no matter, for they were talked about, not least of all his last menswear show which he chose to stream live on Grindr. His vision disturbs, his methods are unorthodox, and he refuses to fit in. Can this anarchic and irreverent trait be traced back to our common roots?

In Northern Ireland for almost forty years, your religious and political allegiances defined you, whether you liked it or not––what school you attended, where you lived, who you befriended; fitting in meant staying safe. So moving away in his late teens, much like I did, would have allowed Anderson to finally shake himself free of such narrow thinking and to revel in the middle ground, the grey area, the lack of labels. But, upon further investigation, I discover that Anderson’s parents were already unique to our small country. He was not brought up to identify as either Protestant or Catholic as his parents were not religious. He has described them as “down the line.” That freedom in the face of conformism might contribute to why he so naturally defies categorization in his work. 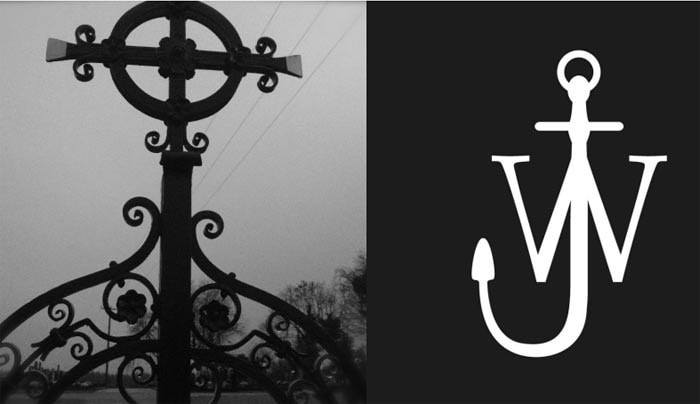 He told The Guardian, “Car bombs, a town getting blown up. It was awful, and really confusing as a child to live through that, but it toughened me up. I don’t take anything for granted because I know that life is like a fuse.” The explosive unpredictable nature of the fashion industry has become almost a cliché. This pragmatism might come in handy when highly publicized contract signings can seem momentous, and at the other end of things, abrupt and unceremonious firings have become par for the course. Three years currently seems to be the average lifespan of a designer in a luxury house before they are tossed out.

His upbringing on his grandparents’ farm was not a typical Mid-Ulster farming life in several other key ways. While his grandmother had a sewing machine and taught him to patchwork, his parents, who lived next door, were an interesting blend of the worlds of literature and sport. His mother was an English teacher who introduced him to James Joyce, Oscar Wilde, Bram Stoker and, his favorite, Samuel Beckett, while his 6”6” father was a rugby coach who played internationally for Ireland 27 times.

This mix of scholarly intellectualism and ambitious competitiveness can’t fail to have left a mark on the young Anderson during his formative years surrounded by cows in what might have felt like the middle of nowhere. His parents’ influence must have encouraged him to believe that anything was achievable and the variety of subject matter they introduced him to is collaged into his collections. 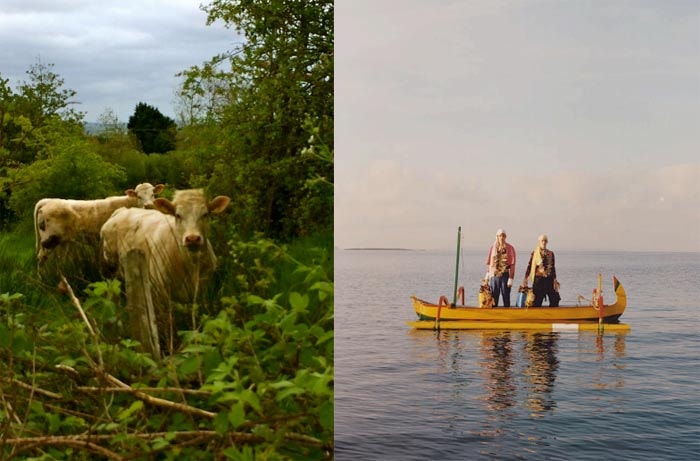 Although obsessed with fashion from an early age, it was not Anderson’s first pursuit. He wanted to be an actor and studied performing arts, traveling to Washington DC to participate in the Studio Theater. However he found himself distracted by the creations in the costume department which prompted his career change. An understanding of characters, not just how to dress them but how to read them, is essential in the fickle showbiz world of fashion. And while I can personally vouch for the wealth of interesting characters native to The Loup, the concept of role-playing and narrative development so integral to the creation of a collection might be better found on stage.

Traveling between London, Paris and Madrid, is an exhausting part of this young in-demand designer’s seasonal schedule. He carries three phones, one marked Loewe, one marked J.W. Anderson and one marked personal that he says he has owned since school. I can’t help but wonder what will ensure this local-boy-made-good does not suffer at the hands of the relentless international fashion system the way so many other designers have in recent times?

To Jess Cartner-Morley of The Guardian, he offered this as reassurance, “Brands need to move at the speed the world does, and today that is fast. We live in the era of content. We put something on Instagram and it gets reposted and it’s everywhere and a minute later it’s gone, over. I don’t see that as a negative thing; it’s the way my mind works, too. It’s not just about consumers not getting bored of the brand, it’s about me not getting bored of it.”

And if the speed and content become boring, he knows a little retreat spot, off the beaten paths to London, Paris and Madrid, that offers all the personal space and serenity an international mover and shaker could crave. I sneak off there myself sometimes. 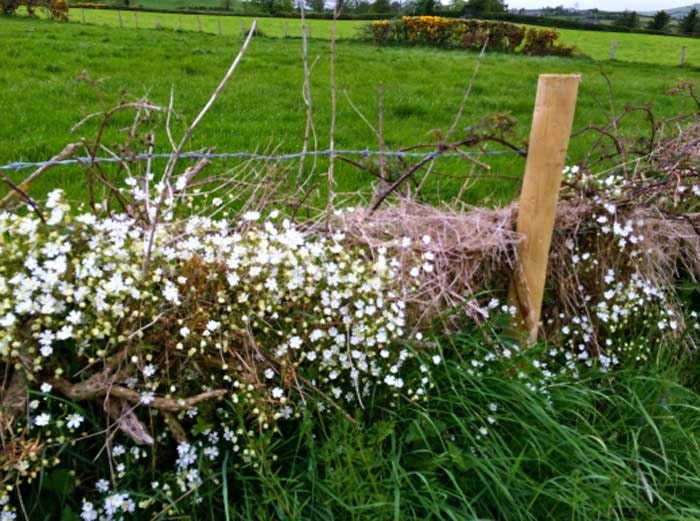