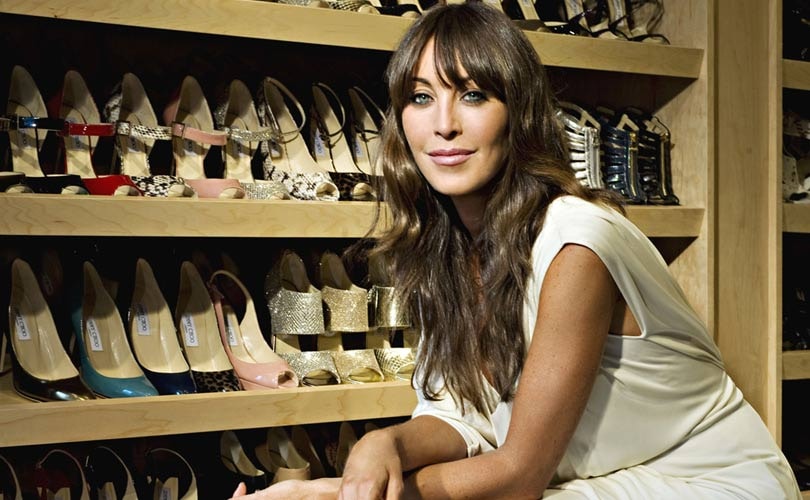 London - Tamara Mellon, co-founder of Jimmy Choo, has taken the first step to legal action against her former footwear label by sending a 'cease and desist' letter to the label's chief executive officer Pierre Denis. Mellon, who set up Jimmy Choo in 1996 and then left the company 2011, claims that the luxury footwear brand has taken "unlawful behaviour" against her and has breached the European Union antitrust law.

Mellon's lawyer at Olswang LLC claims that Jimmy Choo has been hampering and damaging her own namesake brand which launched in 2013 by requesting certain Italian factories not do business or work with her brand. "Jimmy Choo has engaged in a course of conduct aimed at impairing our clients’ business by restricting its ability to source production capacity from the key suppliers to manufacture luxury leather products, including shoes, bags and accessories," reads the letter sent to Jimmy Choo, according to WWD.

The letter specifies certain incidents of such behaviour, including a meeting held by Jimmy Choo on June 10, 2013, between two employees and seven representatives from "key suppliers." During the meeting, Stefano Savoldi, senior vice president at Jimmy Choo made it clear to the supplier representative that the company did not want them to work with Tamara Mellon. In addition, the letter claims that Jimmy Choo went even further than this and approached main suppliers separately to "put pressure on them not to do business" with Mellon.

"We understand that in or around May 2014, Jimmy Choo entered into contractual arrangements with a number of the key suppliers," reads the letter. "These contracts included a side letter in Italian which required the recipient to agree that, for the duration of their agreement with Jimmy Choo, they would not produce anything nor cooperate directly or indirectly, through a third person, and/or through other companies, authorities, for or with Tamara Mellon and/or the Tamara Mellon brand including any brand used for the distribution of her products." Mellon's lawyers stress that these "side letters" have led to Mellon being unable to secure suitable and stable production for luxury leather goods in Italy and breach EU antitrust laws.

A spokesperson for Jimmy Choo has said the following on the letter: "We have received a letter which is being evaluated. Our initial assessment is that the complaint has no merit and will be vigorously contested. We plan to make no further comment until the process is completed."