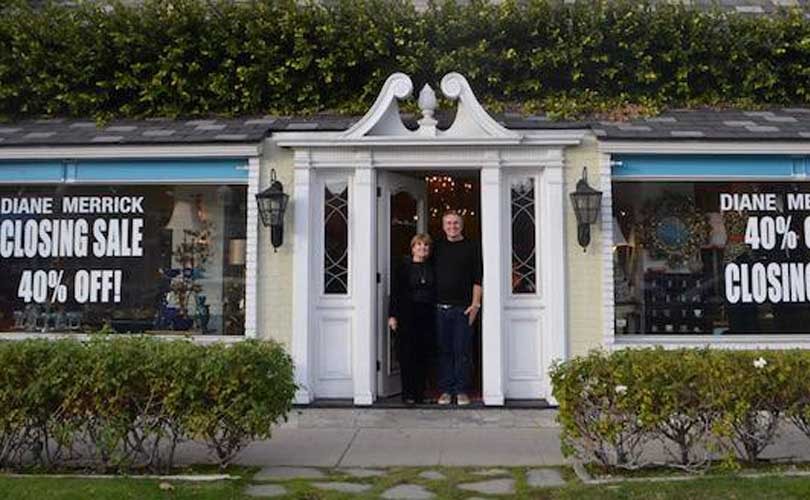 Los Angeles - Diane Merrick grew a following in Los Angeles from selling apparel and antiques in the local community. On January 28, Merrick announced the closure of her eponymous boutique off of Beverly Boulevard.

Merrick ran her clothing business selling various retail clothing and fine merchandise for 45 years. Her flagship on Beverly was opened in 2006 and has been open for approximately a decade. After having success through her shop, Merrick disclosed that the store will shutter due to timing. “It’s time to leave...I am thrilled to have come this far in 45 years,” Merrick told Apparel News.

Her first boutique opened in Melrose in 1972. At her stores, various fashion designers had worked under her such as Gela Nash-Taylor and Pamela Skaist-Levy of Juicy Couture. Tracey Ross also worked for Merrick before she opened her own boutique. Jenni Kayne, Los Angeles-based designer, worked at the shop for a summer. Through these employees, Merrick's store created a name for itself as somewhat of a Los Angeles staple for clients.

After having four generations of customers, she has decided to close down shop. Merrick’s store, known for its cashmere shawls, will be hosting a closing sale. The boutique’s windows advertise 40 percent off of merchandise with the words “closing sale.” The store has no official closure date, but is expected to close this June.