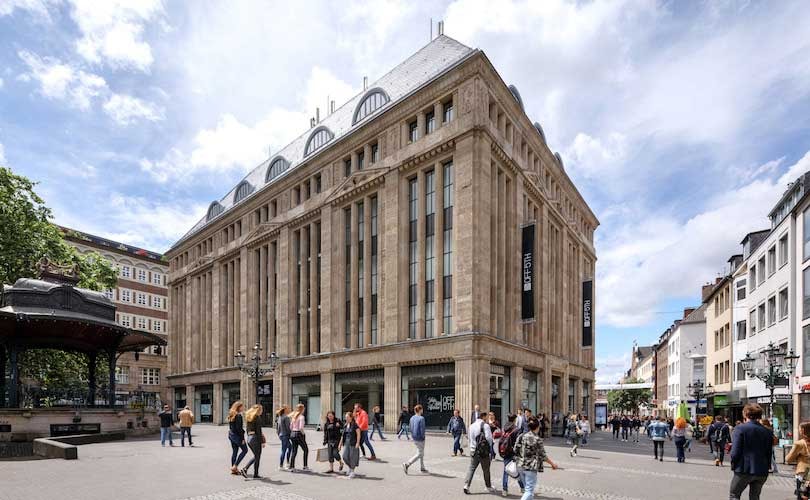 Although the future of the department store may be uncertain in North America, overseas in Europe the retail format is alive and kicking as Hudson's Bay opens the doors of its first store in Germany, Saks Off 5th. Located in Carsch-Haus, in Düsseldorf, the flagship stores marks the Canadian retail group debut European store ahead of its expansion push.

The new flagship store spans 3,500 square meters, spread across five floors and features 700 international, fashion brands for women, men and children. Saks Off 5th, the outlet version of the iconic Saks, will also offer footwear, accessories, sportswear and homeware items in its new Düsseldorf location. Ahead of the official store opening on June 8, FashionUnited was invited to take a sneak peak at the store and shares its interactive virtual tour with you below. Watch each video to see what all the floors of Saks Off 5th Düsseldorf look like first hand.

“We see a lot of potential in the development of Saks Off 5th in Germany. Customers find an unprecedented combination of exclusive brands at greatly reduced prices with us. A concept that has been appreciated in America for years, but in Germany this concept is completely new," said Wayne Drummond, President of Saks Off Fifth Europe.

Saks Off 5th is owned by Canadian retail firm Hudson's Bay Company (HBC). Later this year, HBC aims to open a series of department stores across Germany, in key cities such as Frankfurt, Stuttgart, Wiesbaden and Heidelberg. In addition, HBC will also make its debut in the Netherlands later this year with the opening of its first Saks Off 5th in Rotterdam, followed by an additional store in Amsterdam.