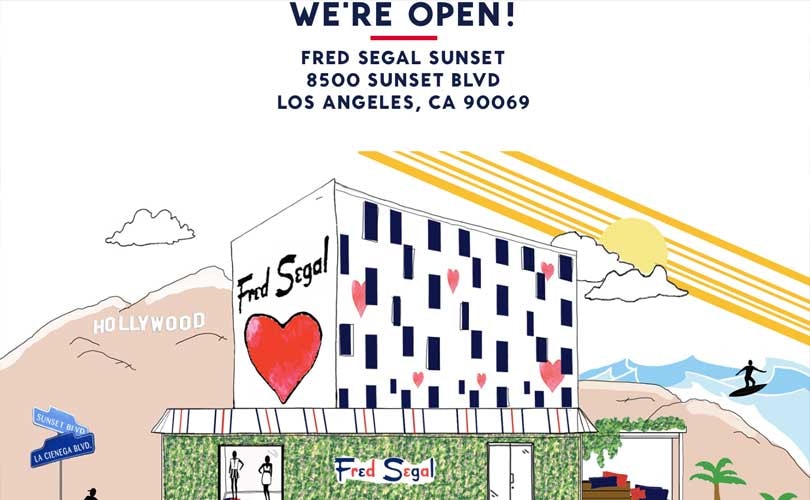 As promised, Fred Segal officially opened its doors in West Hollywood this week. The store opened this past Tuesday, September 26, bowing off of Sunset Boulevard.

The exterior decor is reminiscent of its other stores, with its iconic, red and blue text logo framed over a blank white wall. Additionally, there are lots of small green trees, in theme with the rest of Fred Segal's stores in the past. The store boasts 13,000 square feet and includes an outpost of Tartine, San Francisco-based food destination. Currently, the brand's online website shorts a small graphic of the new store with an address and text that reads, "We're open!"

The brand has multiple locations internationally including cities such as Yokohama, Japan; Tokyo, Japan; Hyogo, Japan; LAX; and more. This store opening marks the brand's West Hollywood opening as a return to its Los Angeles roots. "Fred Segal is an iconic L.A. brand that has evolved over the past five decades," chief executive officer of the brand Allison Samek said of the opening. "We are thrilled to be returning to our roots with our new Los Angeles location. Fred Segal has always been known for the collaborative take on retail, and in today's retail landscape that is key to succeeding in the competitive market."