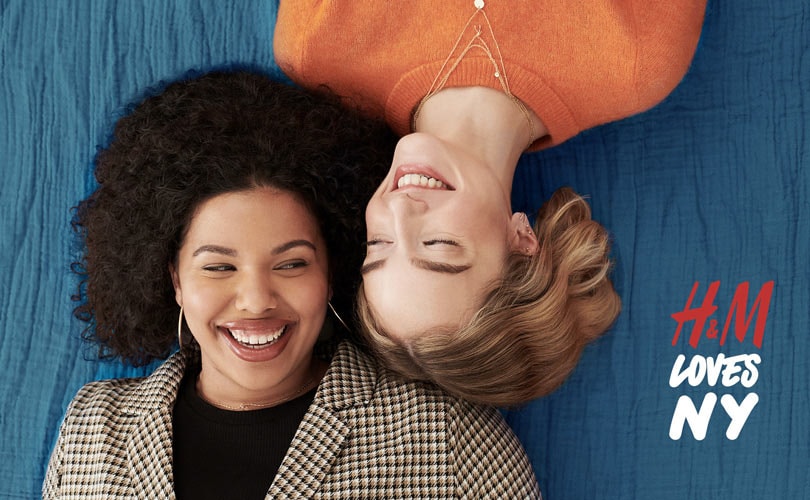 H&M has launched a campaign called “H&M Loves NY” to celebrate the opening of four additional stores in the city in 2019, including a 34,000 square feet flagship at Hudson Yards set to open on March 15. H&M first set foot in New York 19 years ago and currently operates 33 retail locations in the city.

Soft launched on Valentine’s Day with a love letter to New Yorkers that appeared on the brand’s Times Square and Fifth Avenue flagship screens, the campaign asked locals to reflect on when they first became a New Yorker. “No matter if you were born here or arrived today, everyone has a special moment when they truly feel they are a part of this city”, said H&M in a statement.

“The four locations opening in the city this year show our commitment not only to New York City but to the future of the brand”, added the President of H&M North America, Martino Pessina.