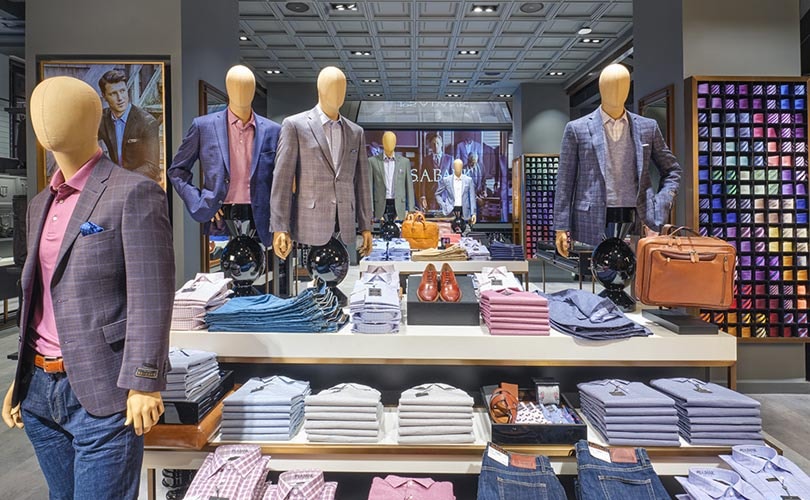 Jos. A. Bank has opened the doors to the company’s newly renovated flagship location. The new two story 13,800-square-foot store is located at the corner of Madison Avenue and 46th Street, just mere blocks away from Grand Central. The Madison location, originally opened in 1994, has undergone a full transformation to symbolize its focus on continuing the company’s mission of providing the best in quality, fit, and comfort for menswear.

The brand is geared to sell work wear for men, but their focus isn’t just suits, but business casual as well. The first floor of the store services the business casual looks with their sport wear department, and then dress shirts, ties, and accessories department all lead into the register. The first floor is also designed for items described as “pick-up-and-go”. The store features the three key brands under the Jos. A. Bank umbrella including the traveler, 1985, and reserve collection. The traveler collection currently makes up 50 percent of the company’s business. 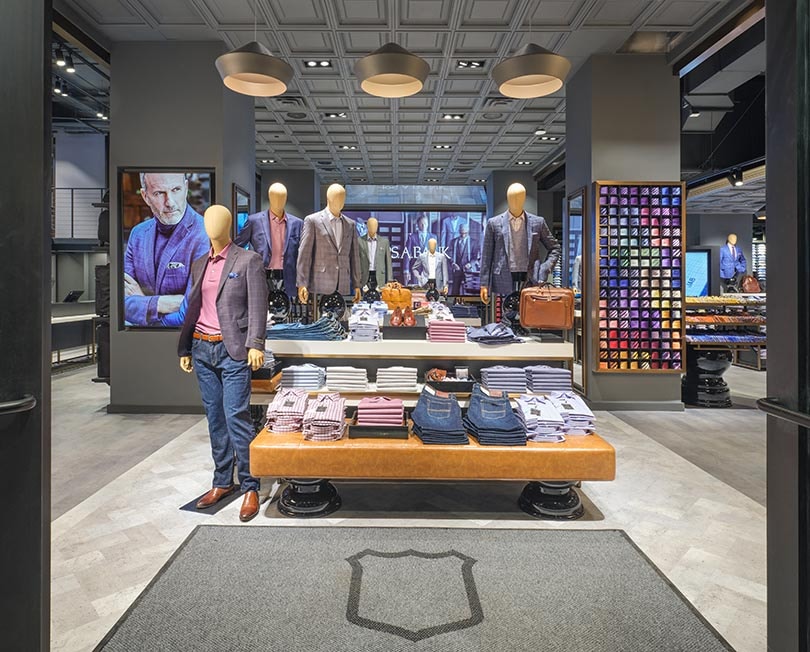 It is considered the most comfortable collection, as the idea around it was that it was the type of suit that guys would be most comfortable travelling in, and has the most performance attributes. The company worked with a third party vendor, 37.5, a temperature regulating fiber that keeps wearers both warm and cool.

The flagship store’s new claim to fame is their made-to-measure offerings. The company has had it for two full years, and is now making a bigger push to claim that slice of the market share. When Tailored Brands acquired Jos. A. Bank the former had just launched made-to-measure, and they would later acquire Joseph Abboud, which led to Jos. A. Bank launching made-to-measure. 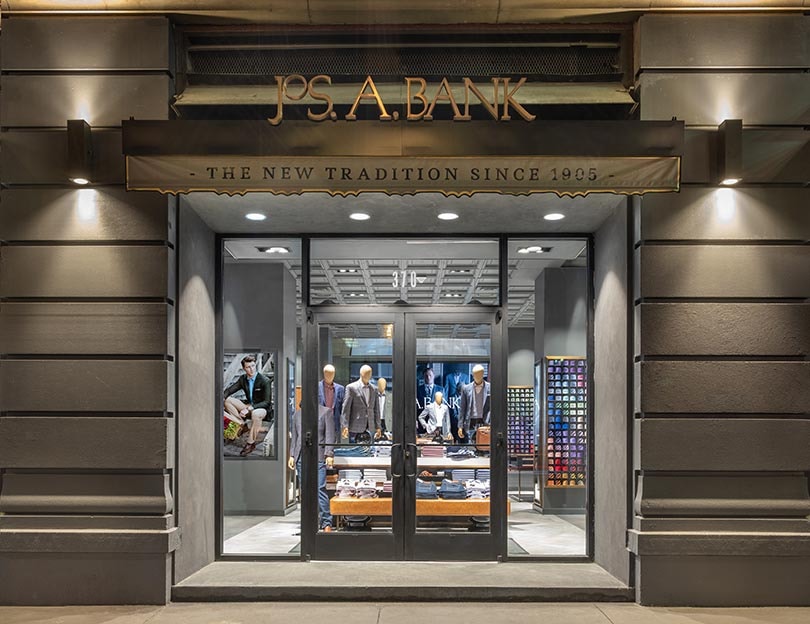 Abboud currently serves as the chief creative director for Tailored Brands, which includes his own eponymous label, Jos. A. Bank and Moores Clothing for Men.

The company’s goal with this store was to marry the heritage of the brand with the aesthetic of the store. To that end, the store boasts 17 foot ceilings, custom furniture and fixtures in rich brown woods, marbled stone tops, brushed copper hardware and antiqued mirrors. Design elements of shields and a map of the city of Baltimore depicted on wall coverings and rugs as an ode to the brand’s first location in Baltimore, Maryland.

While some might question why a brand would make such an investment in a flagship store in an era where brick-and-mortar is seen as a dying art form, Jos. A. Bank sees it as imperative to their omnichannel approach.

“Most men don’t love to shop,” said Mary Beth Blake, brand president of Jos. A. Bank, to FashionUnited. “But they want to feel good and we need to provide that service to them. So we’re working to advance our omnichannel side of things. That includes allowing them to reserve online, try on in-store and reserve online and pick-up in store. We also have a new feature on our site called live, where you aren’t chatting with a bot, you’re chatting with one of real stylists in the store.”

Customers can then decide whether they want sales people to text or video chat, and then decide if they want to buy or create an appointment with that stylist to get help wardrobing or even look into buying custom.

“The new store design with the emphasis on custom, fit and a personalized shopping experience met our intentions,” Blake said to FashionUnited. “We definitely believe in consumer’s choice and we never want to feel them forced to buy anything.”

Custom has become particularly key among their millennial consumers, particularly for weddings. Grooms want to be able to customize their suits to be different from the groomsmen. The store has two dedicated customer shops where customers can get one-on-one service to create a suit, sport coat or dress shirt. The mezzanine level has a lounge area for custom and formalwear fittings that have been designed to comfortably sit larger groups with oversized custom made leather ottomans and larger fitting rooms. Two full feature video walls add enhanced digital visuals throughout the store for an elevated brand experience.

“We have a lot of Italian fabrics,” Blake said to FashionUnited. “Zegna fabrics have been very popular for us among the custom offerings. We definitely see customers responding to our higher end offerings. Our customers have the expendable income to get top custom, and we still offer opening measure price point too for our more entry level customers, and sizes go from extreme slim to big-and-tall.” For their reserve collection, turnaround time for made-to-measure can be up to two weeks, while 1905 can be up to 4 weeks, which is an impressive turnaround time given many made-to-measure offerings can take up to six weeks.

Their shoe department features their third party brands including Allen Edmonds, Cole Haan, and Joseph Abboud and is the only area in the store where they don’t have their own private label. They also keep an in-house tailor in store so customers can get everything tailored to their specifications in-house if they need.

The second floor was merchandised to add more bust forms and mannequins so it would feel less like a warehouse space and more of a shopping experience. This is the second store to have the company’s new design model after their test store in Germantown, Tennessee and they plan to roll out to their fleet of nearly 500 stores. To date, the company is about 70 percent of the way there with getting all of their stores integrated with their new brick-and-mortar design model.

Timed with the opening of the flagship store, Jos. A. Bank will also launch their new “Get Ready for Greatness” brand campaign. Brand advertisements are a relatively new space for Jos. A. Bank in the 114-year history of the company. The first branding ad “Modern Man” was created in 2017, shortly followed by the first brand campaign and creative platform “The Bank Way”. Prior to these campaigns, advertising efforts were solely promotional and sales driven. “The Bank Way” reminded consumers that, for over 100 years, Jos. A. Bank has consistently exceeded the expectations of professional men with clothing of the highest quality and craftsmanship. Now, the “Get Ready for Greatness” campaign continues the momentum of “The Bank Way,” by conveying a message to customers that the brand has always delivered quality clothing for demanding professionals to look and feel their best all day, every day.

The brand’s customer base ranges from Millennials to Baby Boomers, and they have even begun addressing Generation Z at the lower end and more entry level offerings. “Custom has been a gateway for us to the younger consumers,” Blake said. “Custom customers shop more and come in to buy more frequently because they are more into fashion.”

The Midtown boys have found their next destination to suit up.

photos: courtesy of Jos. A. Bank