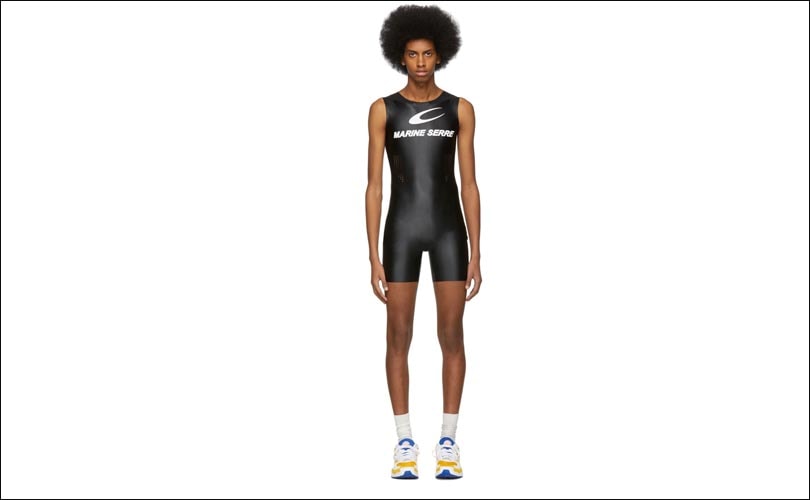 It's good to be Marine Serre right now. The designer has seen a meteoric rise to success in a very short amount of time. She recently won the LVMH prize and has seen a growing list of stockists, a very impressive feat for a designer whose only had her collection for three seasons.

In the wake of a growing menswear market, the designer has decided to launch menswear, which is officially available on Ssense.com. News of the launch was reported by i-D.

Serre's 22-piece capsule collection for the brand features her trademarks, like upcycled futurewear and crescent moons. It's also super sporty with many athletic wear offerings like bike shorts and cycling catsuits.