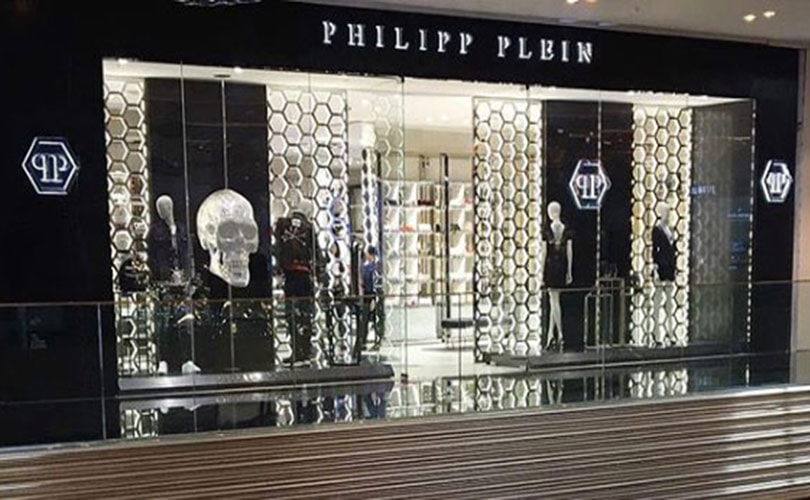 After the opening of Philipp Plein's store in Phuket in 2016, the company has opened its second store in Thailand, this time in the country’s capital, Bangkok. This flagship is part of a strengthening strategy of the South East Asian market; the brand just opened a two floored boutique at Marina Bay Sands Resort in Singapore and it’s planning to open another in Manila, Philippines, by the end of the year.

The store is located at IconSiam Mall, the renowned luxury shopping mecca in the heart of the luxury district, built between two of the greatest buildings of the capital: the 52-story Mandarin Oriental and the 70-floor Magnolias Waterfront Residences. The shopfront of the store is characterized by the signature black marble; at its center the iconic giant crystal Swarovski skull welcomes the visitor to the shop.

Menswear is on the left side and women’s collection stands on the right, while accessories are displayed at the center, where a hexagonal folding table with chairs is placed in the middle, right under a signature Murano skull chandelier. The flagship has all the structural features of Philipp Plein boutiques worldwide: The alternation of Arabescato white marble and elegant black marble is all over, as much as hexagonal folding tables and armchair, mirrored walls and full-metal displays.

In 2017, Plein told Bloomberg that his sales hovered around 300 million dollars. Opening more brick-and-mortar stores has been a big part of his brand's strategy, in addition to their over-the-top runway shows and parties. Plein has amassed a large following for his brand among those with a penchant for bling and hip-hop influenced styles.