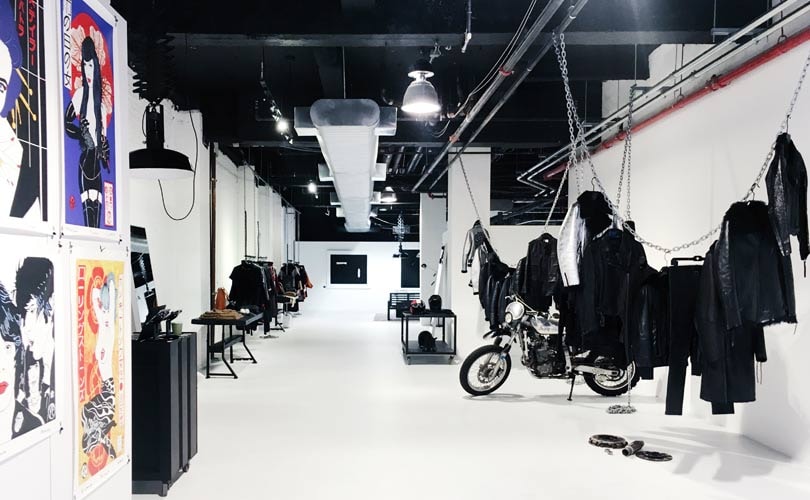 Pop-Up! The Permanence of the Temporary Retail Space

It was back in 2004 that Comme des Garçons blazed a trail by opening the temporary retail space they called a ‘guerilla shop,’ Since then pop-up spaces dot our retail landscape, and particularly in the past five years, have expanded into pop-up restaurants, exhibits, and music festivals. Their success is down to their here-today-gone-tomorrow nature which appeals to our FOMO culture, but are we nearing the point of peak pop-up status? In an effort to understand why the concept of the pop-up still pops we interviewed the founders of online retailer, Bishop Collective, Mai Vu and Dimitri Koumbis, who have just launched their first pop-up retail space in Manhattan’s Soho after four years of strictly online business.

Mai Vu: It was the right time for us to test the market, to understand location before entering into a long lease. It’s a particular focus for us because we sell new, emerging brands that are unproven in the market place which can lead to consumer hesitancy. If we were carrying known brands, it would be easier to get customers to make purchases. We carry a line by CV Saint and it’s their very first collection; they’re a great menswear tailoring brand but this is their first foray into womenswear.

Dimitri Koumbis: Also brick and mortar is not dead. I don’t know where that information is coming from. Yes, there’s a death of big brands but sustainability is such a necessary conversation. Large brands can’t change their processes and so get left behind, but we can. 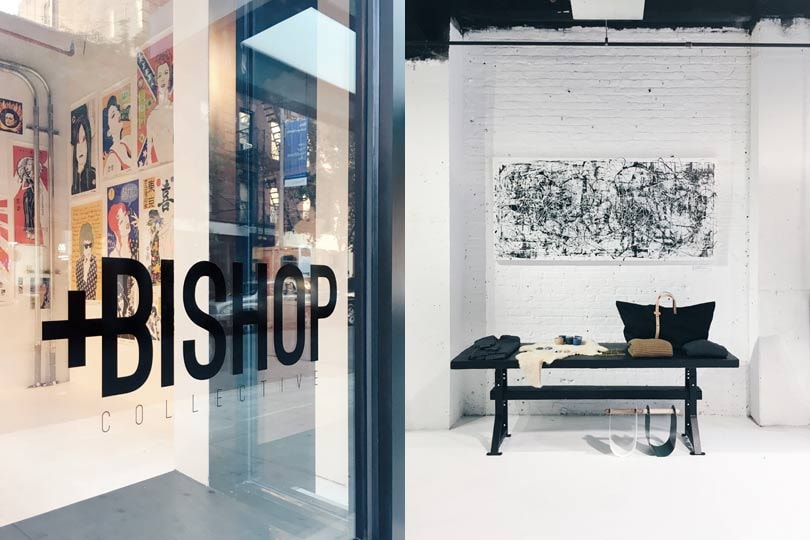 Have you noticed a difference in what your instore customer buys versus your online customer?

Vu: There’s been a huge contrast in the winning items. Dresses and tops, usually woven, do well for us online, but it’s the outerwear and coats that are selling in the store. Instore it’s easier to make a sale on the big ticket items because these are the pieces that most need to be tried on. Online customers are more cautious to splurge on these items.

Koumbis: Also given that we are in the heart of Soho there is a large number of international shoppers. We’ve noticed Europeans don’t react much when we tell them we sell only ethically sourced labels made in America because that’s part of their ethos anyway. The American customer gets very excited to hear this about us. 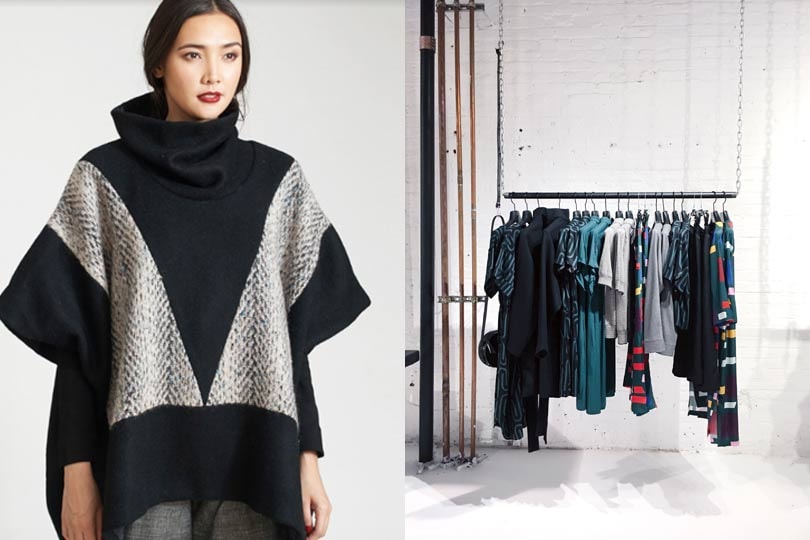 Is Made in the US growing and how easy has it been to build a business around it?

Koumbis: Underneath the Obama administration, it was growing. There was a lot of focus around it but currently the focus is not national, and we’ve seen people revert to old ways. The wrong kinds of industries, like coal, are stealing the focus from manufacturing. It’s the retailer that needs to take responsibility and rethink the business model. You’ll still find a single T-shirt or button-down in large retailers as a token gesture towards Made In America which is ridiculous.

Vu: Brands approach us now. Some are ethically sourced but still not produced in America and so we have to turn them away. But we learned recently that at one of our factory’s workers get paid enough to send their kids to college. That’s pretty amazing.

Do the age groups of your online and instore customers align?

Koumbis: Our primary online customer is between 26-34, another secondary group ranges from 34-55, but instore the customer tends to be a little more mature in general. We are not aiming to compete with fast fashion, we use fashion forward fabrics, and trendy color palettes but our shapes are quite classic because we want to provide clothing with longevity, that can stay in the wardrobe.

In a pop-up space how do you create the ‘experiential factor’ so important to today’s shopper?

Vu: Our pop-up is a collaborative space with interesting furniture, art on the walls, it feels like a real downtown New York boutique; it’s an Instagrammable space. In high cost trading areas like New York, you have to be creative, and customers, especially out-of-towners, really want a taste of that New York vibe.

Koumbis: Also Millennials come to us because they like that we’re structured into the city’s various fashion programs (Both Mai and Dimitri met as members of a school’s design and merchandising faculty and continue to teach on several programs) To that customer we have industry credibility. We’re not a random T-shirt brand on Kickstarter. Our diverse backgrounds show in our retailing and appeal to the collaborative nature of Millennials. 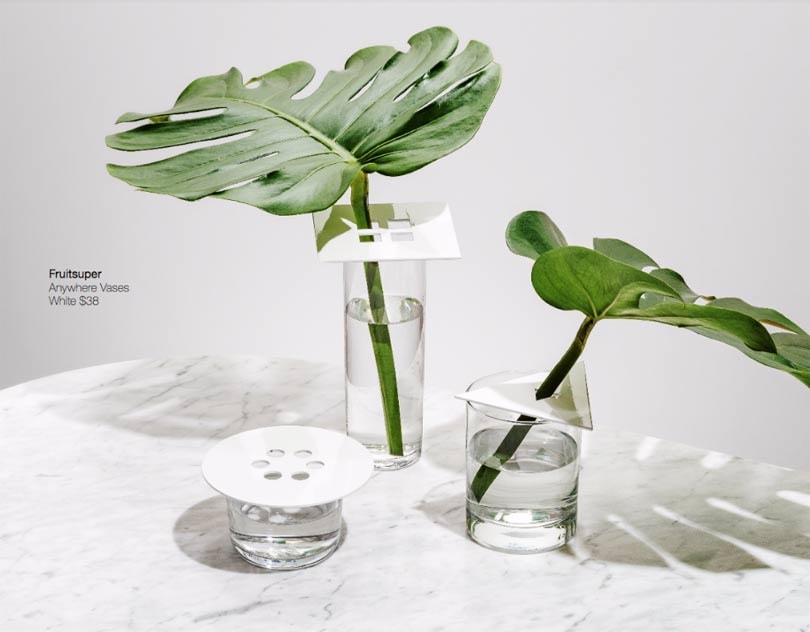 The real estate company reached out to you to offer a lease? Is this commonplace?

Koumbis: I think it’s becoming so. Retailers and realtors are having to get creative. We looked at so many spaces and really liked one but it fell through when they wanted a longer lease. But they were interested in our brand and how it looked and they reached out to us on Facebook when this new space became available.

Where do you see yourselves in the next five years?

Koumbis We don’t want to be a saturated brand. We’d like to position ourselves in key retail environments––˜New York, LA, perhaps a third space in either Chicago or Dallas.

Vu: And we want to be a destination place to shop, so yes definitely building in NYC then touching the West Coast. Of course, we hope the store promotes online sales. But we’d also like to have more influence over the industry, to convince brands to produce locally. It’s the opposite to the attitude of old when companies were advised by industry peers to produce overseas because it was cheaper. We want to be in a position to foster the home-grown.