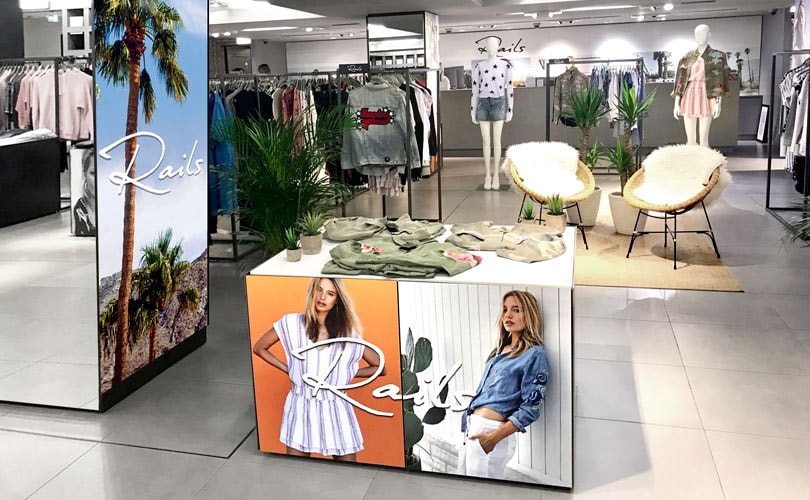 Los Angeles-based contemporary fashion brand Rails has confirmed to FashionUnited that it is currently looking for the “right location” for its debut international store in London.

In an interview with founder and creative director Jeff Abrams with FashionUnited, he revealed that the brand was currently finalising plans for its first flagship stores in the US, in Los Angeles and New York, and that he was already scouting locations to secure a store in London to follow within the next 18-24 months.

“Most certainly in the US, in Los Angeles and New York,” Abrams told FashionUnited. “Our goal is to have a store in Los Angeles by spring 2019 and also later that year in New York.”

Abrams added: “Then shortly after our first international market would probably be London as we have a really strong following there and great stores already, but it would be great to have our own place to showcase what we are doing, what’s happening with the brand.” 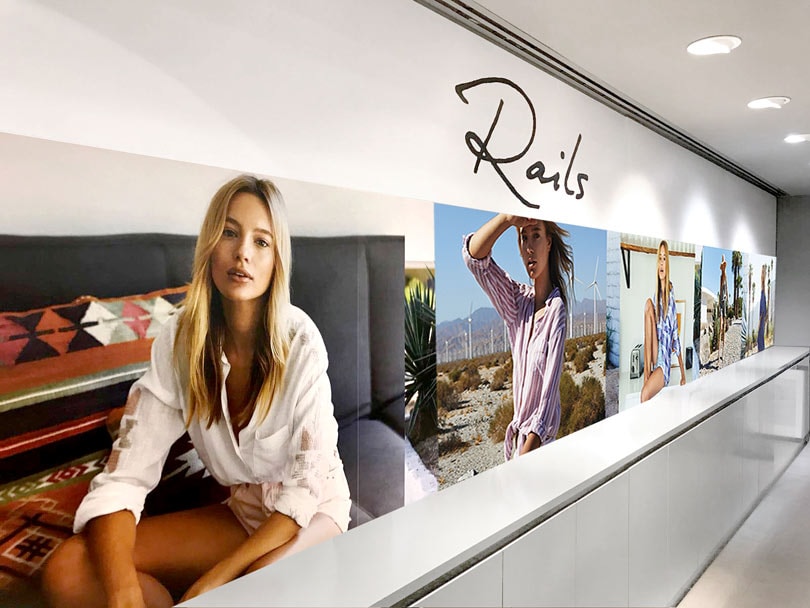 The concept of a Rails flagship would be similar to the recent pop-up held in Harrods, where it would showcase the full “Rails experience”, from its Californian roots to full collections across womenswear, menswear and kidswear, as well as future offerings such as homewares and accessories.

The challenge for the London flagship is location, “You want to be somewhere that’s cool and contemporary but still has foot traffic, where new customers are going to find you. If you go too cool maybe you don’t have the shoppers,” stated Abrams. “We have to really consider where the best place is for our core demo and I think that’s going to take a couple of trips to figure out where the right place to go is.”

Abrams noted: “Like do we go East London which is obviously cool, but will we attract enough organic shoppers there or do you cross over to somewhere more central, where you don’t have the advanced fashion side but you have good foot traffic and you’ll get a lot of international shoppers. It’s about finding the right balance and the right size of store.”

It isn’t surprising that London is set to be the brand’s first international store, the UK is one of Rails biggest European markets, with more than 65 stockists including Harrods, Harvey Nichols, Selfridges, John Lewis and a whole host of independent shops such as Trilogy and The Dressing Room.

The brand’s Harrods pop-up was also a huge success with Abrams sharing with FashionUnited that the brand had “quadrupled” its weekly sales at the luxury department store through customers seeing more of what the Rails collection had to offer.

“Our first international store would probably be London as we have a really strong following there and great stores already, but it would be great to have our own place to showcase what we are doing, what’s happening with the brand.”

The first Rails store will however be in Los Angeles, with plans to open by spring 2019, and Abrams shared that the brand is currently “narrowing down” the location.

“It will probably be a place somewhere like Abbot Kinney in Venice, which certainly has a very identifiable Californian vibe, a lot of foot traffic and is close to the water,” stated Abrams. “Then in New York we would probably do somewhere around SoHo.”

Rails, founded in 2008, currently has more than 1,500 retailers worldwide in more than 50 countries.

Images: courtesy of Rails from its recent pop-up in Harrods