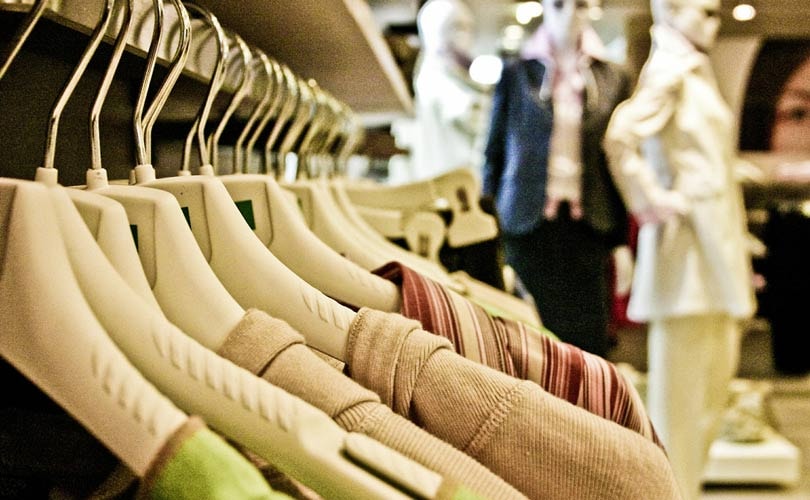 Slower retail: Has the industry hit its speed limit?

Amsterdam - Keeping up with the pace of technology-driven change is essential for retailers, but there is also value in slowing down. That was one of the key messages at this year’s World Retail Congress in Amsterdam, as industry leaders discussed how they’re adapting to cope with the new wave of high-velocity retail.

“I would say that the biggest single change that I’ve seen in the past 40 years is that the pace of change is accelerating, literally daily,” said Lord Stuart Rose, former chairman of British department store chain Marks and Spencer and current chairman of online supermarket Ocado. Certainly, the retail sector is going through a seismic shift. An enormous movement from offline to online has seen some retailers struggle to keep up, compounded by the explosive growth of e-tail powerhouses like Amazon, Zalando and Asos, who now operate an enormous reach over the retail industry.

The digital revolution has played a huge role in the evolution of the retail landscape and has nurtured the rise of the see-it-now want-it-now consumer. “They want what they want, when they want it, how they want it, and in any channel that suits them. And one other critical factor has changed as well - it’s no longer at the price we choose to charge them, it’s at the price they’re willing to pay,” Lord Rose said. To survive in the industry, retailers need to be willing to adapt to the needs of the ever-changing shopper. “If you’re slow at picking up these nuances, these trends and things that are happening all around us all the time, you’re going to be a loser," he said. "The world has changed. The customer is no longer king, the customer is now master of the universe.”

The new name of the game is collaboration, and you need look no further than the teaming-up of ailing department store chain Karstadt and 10-year old online giant Zalando. Starting this quarter, Zalando will sell goods from eight of Karstadt’s eighty stores, as the two German former rivals join forces based on a new retail paradigm. “The classical role of retail for everybody who is not in the food business is basically gone,” said Stephan Fanderl, CEO of Germany's biggest department store chain at a panel on Wednesday. Like many retailers, Karstadt has recognised the benefits a collaboration can offer in broadening its audience and bolstering its presence in an increasingly competitive sector.

"Retailers have become much more open to cooperation,” Carsten Keller, vice president of direct-to-consumer at Berlin-based Zalando, said in an interview on Wednesday. More than 1,000 stores of partner retailers are currently selling their products on its website. “This speaks very clearly for the fact that the retail landscape is shifting more and more towards larger platforms. In other words, a platform economy where former competitors are now working together.”

E-commerce giant JD.com is also rethinking how it is working together with brands. The company uses its vast array of customer data to team up with brands to create new products closer to the consumer's desires, Ling Chenkai, vice president of corporate strategy & investment at the company, said on Thursday. The Chinese online retailer has also changed its traditional approach to its value chain to include more outside specialists.

Taking risks and disrupting the game

Another key topic making its way into just about every talk at World retail Congress was disruption. To avoid becoming forgotten in a continually evolving environment, retailers are looking for ways to challenge and interrupt the status quo.

Dutch direct-to-consumer eyewear brand Ace & Tate is a case in point. The company started five years ago in Amsterdam, and has reimagined the eyewear market by completely taking over the supply chain and ‘cutting out the middlemen': Design, manufacturing and eye tests are all done by the company. According to Ace & Tate founder Mark de Lange, the business' explosive success comes directly from its willingness to take a different approach to the conventional service his competitors had to offer.

“We build loyalty through the experience we provide our customers with. Our customers come back to us quicker than they do with our rivals because they know they get a good experience. It’s very simple,” said de Lange during a panel on Wednesday. “And if there’s something wrong with it they can change it. They like that relationship and we’ve been investing in that since the beginning. I mean, our first hire was a customer experience person.”

US jeans maker Levi’s is also reacting in its own way to the new wave of high-velocity retail. The 166-year-old brand is ramping up the degree of customisation it provides - something that shoppers have been showing increasing interest in - by overturning its supply chain and store format. The brand’s president of direct-to-consumer, Marc Rosen, announced on Wednesday it would be deferring the finishing stage of its products to a later stage than in the traditional process, allowing shoppers to customise their own garments, and giving retailers more time to decide which trends will sell. “The consumer is changing faster than ever, and technology is evolving faster than ever, and it's up to us to find the intersection points and seize the opportunity,” Rosen said. 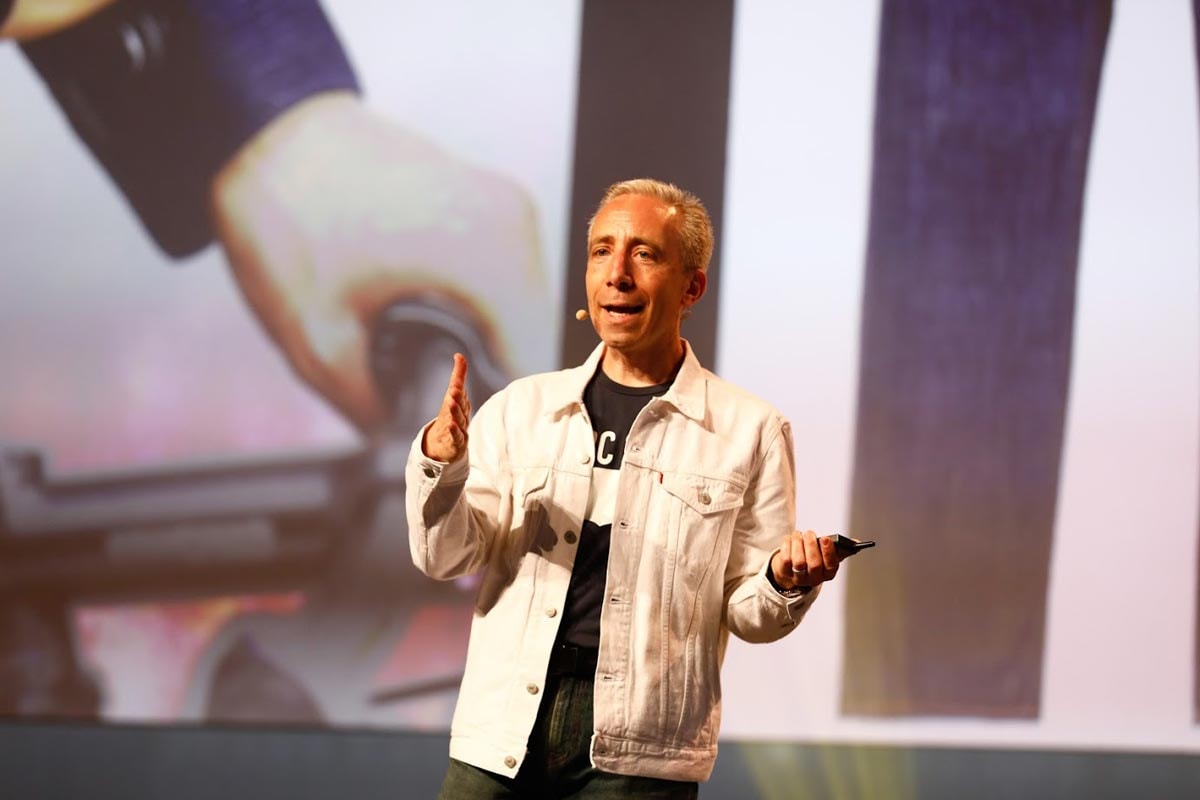 This approach by Levi’s, like Karstadt’s selling of Zalando’s products in its stores, highlights a growing trend for retailers to fully use the capacities of a store. While streamlined, fast and convenient retail might often be demanded, customers also want spaces that are inviting and interactive.

“We’re moving from away from experience to conversation,” said George Gott, co-founder and chief creative officer of FutureBrand Uxus, on Wednesday. For the L’Occitane flagship store in London, his company installed a bar serving macarons and offering scented hand care service, and created a guide with service gestures distilled into rituals, that customers will remember. “You have to change the engagement and the conversation that you have with your customer. For that you have to only train your staff and reach your customers by branded rituals.”

Slowing down and embracing the more 'human' experience

With the head-spinning speed at which the industry is evolving comes another trend - the trend of slowing down. Philosopher Robert Rowland Smith said on Wednesday that as people become more disillusioned with brands, they become increasingly interested with things that remind them of their humanity, such as meaning, narrative and ideas. “I think the brands and retailers who will win will be the ones who can tap into meaning,” he said. “Consumption in industrial model will be a thing of the past.” Smith thinks that people will increasingly reject the label of passive “consumers”, and instead will want to be known as “creators” - they’ll want to feel like they are part of the experience, and will want increased involvement in the creative process through customisation.

Similarly, Yoox Net-a-Porter CEO Federico Marchetti spoke on Tuesday about the importance of retaining the human aspect in retail as the industry continues to accelerate and become more automated. “We have to make a choice to make a balance between human and machine, and this choice will only get harder as technology advances,” Marchetti said. For him, the human attention to detail in the retail industry will carry more value in the future; people will pay more to know a person has been involved in the process. So much so, in fact, that a new label could materialise in the future: ‘Made by humans’. “Luxury cannot be exclusively AI-created, drone delivered or 3D-printed,” Marchetti said. “Nurturing human talent is a choice we all can make.”

And perhaps it isn’t just consumers who will need to slow down. According to Stewart Ashley CEO James Rhee, retail industry professionals in all positions need to be given more time outside of working hours. “Everyone is breathless. People aren’t breathing deeply and people aren’t thinking clearly. I think that everyone just need a bit more time to breathe,” Rhee said when discussing his decision to cut down all his employees’ hours to 40 per week, regardless of their position, to avoid overworking. “Even though a lot of people want to speed up time I think life should be slowed down. I think that we might create more happiness that way.”

World Retail Congress 2019 took place in Amsterdam between 14-16 May.

This story was written with the assistance of Weixin Zha.