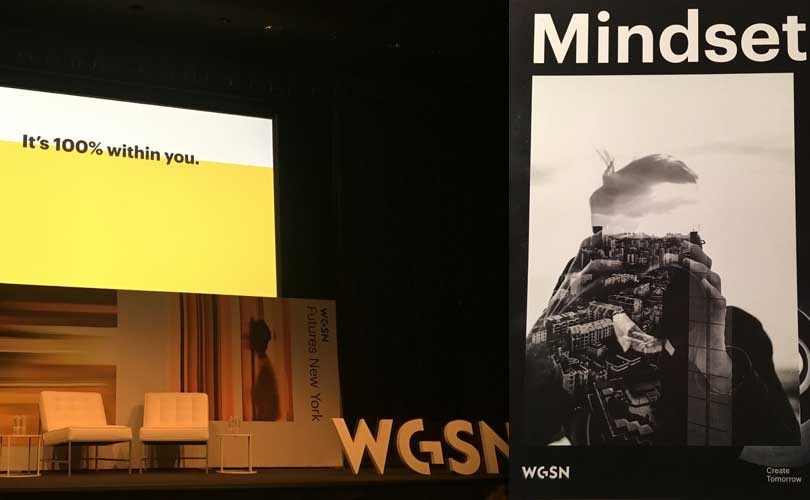 The WGSN Futures 2017 Summit New York is over for another year leaving us much to reflect upon. Futures is an annual day-long event held in seven cities worldwide during which experts in global trend analysis take the stage to address the overarching shifts in technology, culture, and the marketplace which they have determined will shape tomorrow. In the audience are designers, brand leaders, and business strategists united on their permanent quest to stay relevant, grow, and anticipate the needs of future consumers. In assessing where we stand currently we can position ourselves for what’s next. So for easy digestion FashionUnited has decided to separate the day’s insights into a three-part review.

55 percent of people believe brands are in a position to do more to solve societal ills than the government. Change.org recently published 13 successful movements which were initiated by people. The unification of corporate power with grassroots activism has never been more necessary and the most dynamic brands in tomorrow’s marketplace will be those who align themselves with the collective mood in a meaningful, forward-thinking way. Consumers will be monitoring their behavior. Where once brands sold aspirational illusions and referred to themselves haughtily as ‘lifestyle’ brands, now they must interlink with our lives where real resonates over illusions. They must care about our concerns and work to make our lives better, and in return they will be rewarded with the holy grail for all businesses, brand loyalty. The sheer quantity of CEOs speaking out against the recent travel ban; jeweler Tiffany’s direct plea to the president to keep the US in the Paris Climate Accord; Boost Mobile’s initiative to turn its stores into polling stations in areas of voter suppression thereby increasing voter turnout by 23 percent, are three examples to follow. 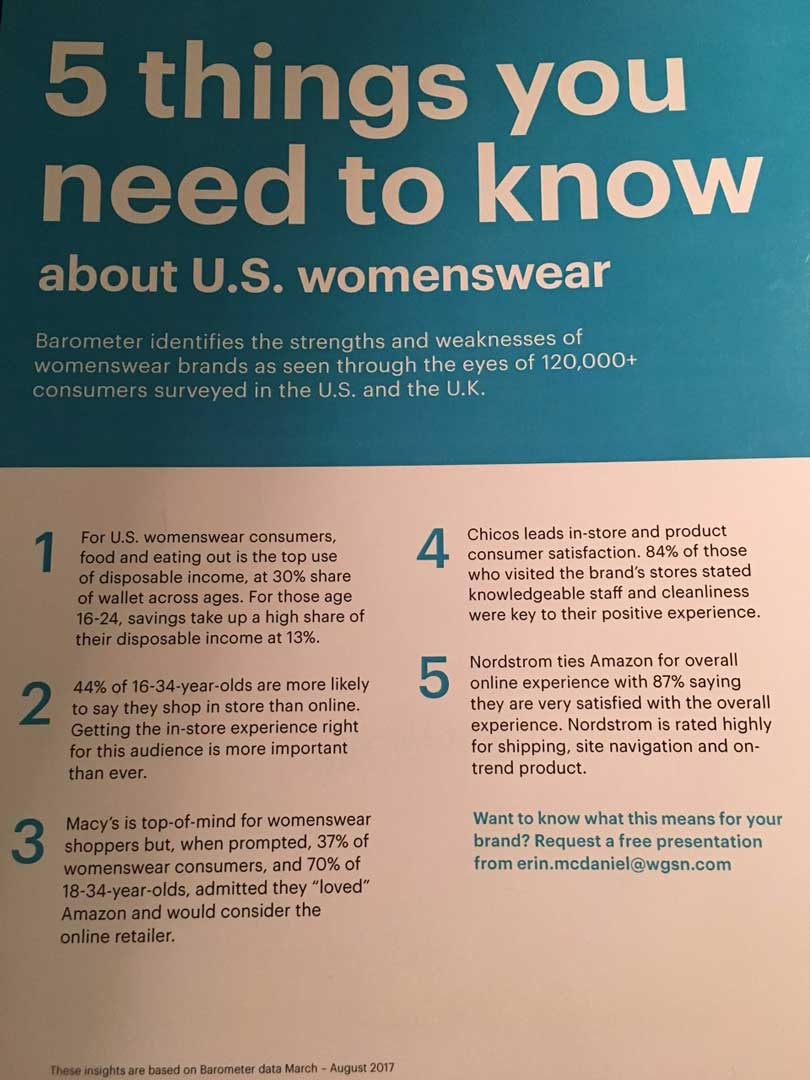 Get out of your lane

Brands will sell services over product and should complement the competition not compete with them. Levi’s and Google married the best of their creative problem solving to release the Commuter Trucker Jacket which links to your mobile device via Bluetooth allowing you to control music, screen phone calls or get directions with a swipe of the fabric .Lululemon’s SweatLife Festival was a day-long summer event offering connection, meditation, yoga, nourishment and assorted activities with local ‘sweatxperts’; LVMH enlivens its premium liquor sales by offering a Belvedere vodka/trip to Antarctica package on its website. Earlier this year Supreme branded NYC subway tickets; IKEA creatively hacked Balenciaga, going viral in the process; and possibly one of the most genius branding exercises of recent times is Citibank’s sponsoring of NYC’s bike share program whose favorite A-list cyclist, Leonardo DiCaprio, is regularly photographed riding about Manhattan usually with a supermodel in tow. Investment firm WealthSimple.com whose offices are located opposite the Supreme store in Manhattan’s Soho erected a clever billboard aimed at all those hypebeasts in line, encouraging them to invest the gains from their reselling into a retirement plan so they won’t have to stand waiting when they’re older. Simply put, if you can’t beat ‘em, join ‘em. 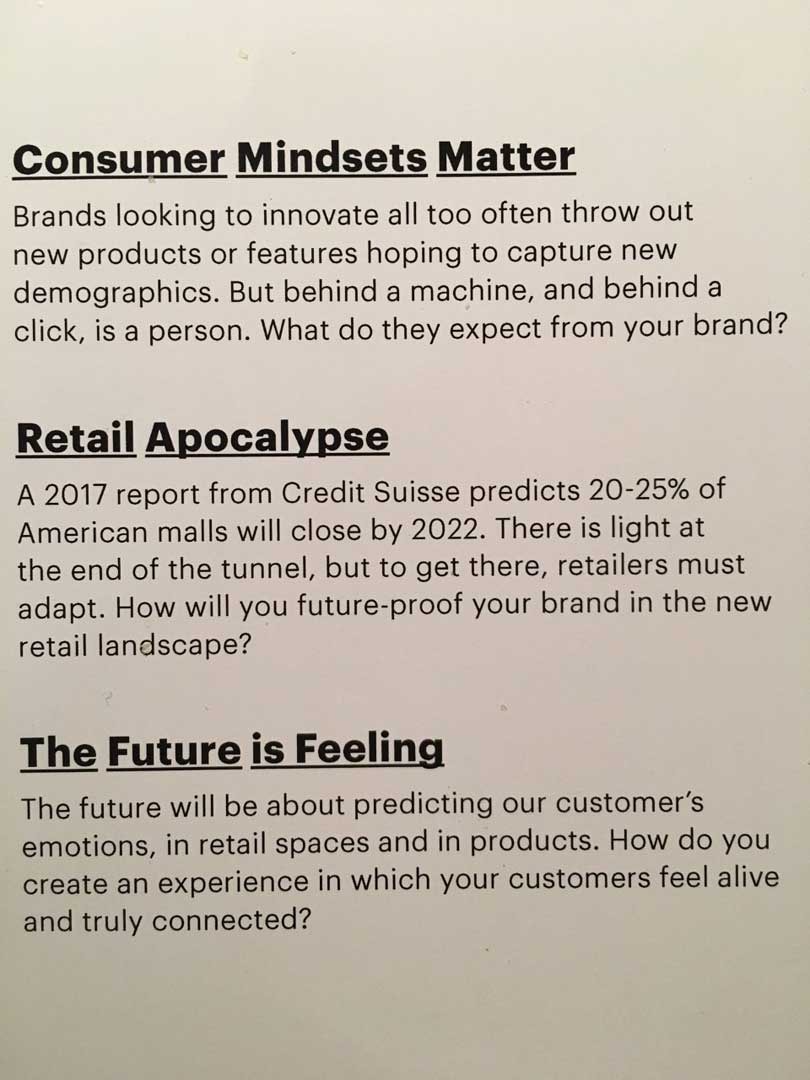 Brands must ‘collaborate ruthlessly,’ says Alain Sylvain, founder and CEO of independent brand consultancy, Sylvain Labs, and tapping youth, while not new, is one way to gain credibility with a new consumer: ASAP Rocky is the new creative director of MTV; Nautica hired 19-year-old rapper Lil Yachty as creative director; Gucci has a ‘shadow committee’ of under-30s who sit on every executive meeting. Brands are also undergoing a sort of internal rebranding as new roles are created to better serve a sophisticated consumer. Instead of Chief Marketing Officer, you might see Storyteller-in-Chief; a ‘fungineer’s’ job is to make everyone say ‘wow!’; a Chief Spiritual Officer is not your pastor but one whose job it is to communicate authentically with the emotionally hungry but hyper-connected consumer we describe in Part 1. The result of creating content that goes viral by appearing to speak directly to an individual while sneakily charming the multitudes is exemplified in this recent Spotify ad: To the person in NoLIta who started listening to holiday music way back in June, you really jingle all the way, huh? 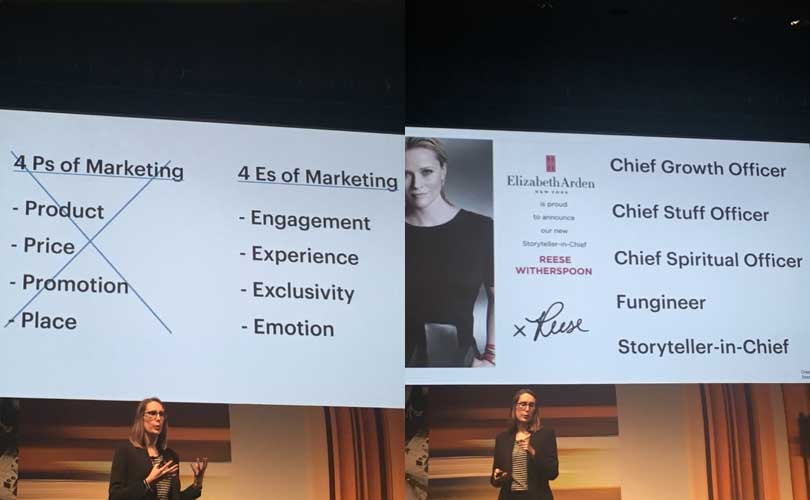 Sell Self-care not Self Indulgence

‘We’re all one big organism, not selfish inherently,” says Sylvain, who believes mindfulness is no longer a psychological tool for individuals but must form part of a business’s essential strategizing. Indeed all attendees of Futures are treated to a five-minute meditation session led by Lodro Rinzler, the Spiritual Officer at MNDFL. Where once, brands preyed on our sense of ‘well-being’ by linking it to status, exclusivity, expense and pampering ourselves, evidenced in unapologetic Instagram boasts of #sorrynotsorry or #selfcare next to, say, a pair of Louboutin shoes, the new understanding of wellbeing looks outward, into our communities, towards our fellow man, to our planet. Volunteer opportunities replace spa trips, short-term elitism is out, long-term democracy is in. ‘All brands want to be associated with positive emotions, and love is about the most positive there is,’ says Nick Law, creator of the Emmy award-winning Love Has No Label ad campaign.

As me becomes we, the brand of the future is not passively reacting but actively participating. We’re all in this together.

Stay tuned for Part 3 of WGSN Futures Review on Wednesday.

All photos author’s own for FashionUnited.