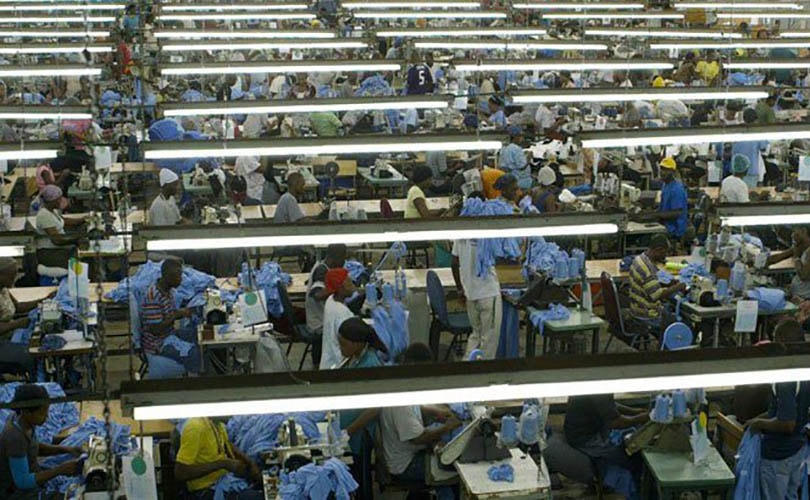 It is apparent that the global fashion industry is under strain. The planet is unable to sustain the increasing demand for cheap, trendy fashion which is usually thoughtlessly discarded after less than three wears. After watching the documentary "the True Cost", Joe Lema and Danguole Kleinaityte, two Masters Human Rights students from the School of Advanced Study, University of London, were inspired to dig a little deeper and learn more about the effect of fast fashion. It became apparent to them that it is a much bigger issues within the fashion industry than they previously thought:

As a society, consumers purchase 400 percent more clothing today than they did a mere 20 years ago according to Forbes. Worldwide shoppers consume approximately 73 million tonnes of textiles a year, according to the APIc. The fashion sector is the second biggest water polluter after agriculture and the second dirtiest industry after big oil.

However, it is even more worrying that people producing clothes regularly experience human rights violations. Child labour and modern slavery, in a form of bonded labour, remain serious challenges in the clothing and textiles industry, reports SOMO and the Anti Slavery International. Of the 51 leading brands in the UK, 71 percent believe there is a likelihood of modern slavery occurring at some stage of their supply chains, according to the Ashridge Centre for Business and Sustainability and Ethical Trading Initiative.

The industry’s workforce is largely made up of young women, who are “low skilled” or “unskilled” and may be migrants. Such workers are vulnerable to various forms of abuse and may not know or are able to claim their rights as employees. A particular problem at present is that many subcontractors deny the right of workers to form an association (or trade union) to assert their rights to appropriate working conditions, pay, training and promotion.

As the price people pay for clothing is cheaper than ever before, it became clear, that those making the world’s apparel pay the remaining price in a form of suffering.

Together, Lema and Kleinaityte decided to make a short video to draw everyone’s attention to unsustainability of fast fashion and the impact it is having on people who are making clothes. The following short video attempts to inspire consumers become active citizens, through asking questions about their own practices, questioning companies about their supply chains and doing something active.

Written by Danguole Kleinaityte, MA Human Rights at the School of Advanced Study, University of London.