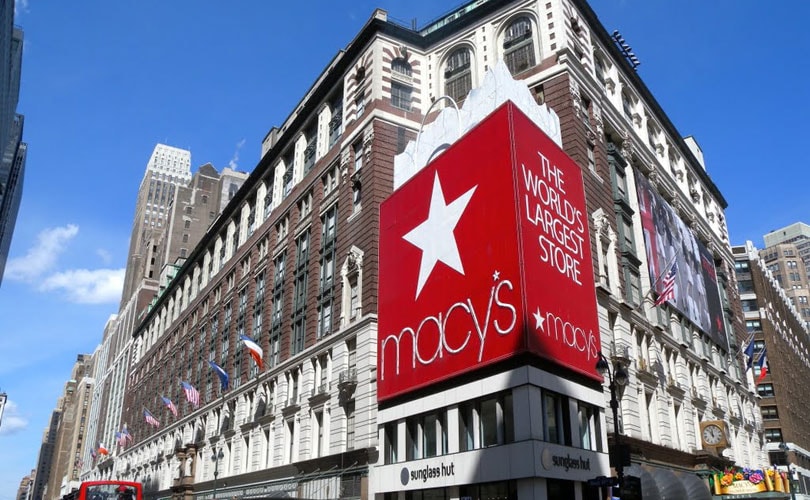 Macy’s comparable sales on an owned plus licensed basis declined by 4.7 percent in the months of November and December 2015 combined, compared with the same period last year. On an owned basis, comparable sales declined by 5.2 percent in the combined period. After the disappointing results, the company also announced cost efficiency measures such as layoffs and store closures.

“The holiday selling season was challenging, as experienced throughout 2015 by much of the retailing industry. In the November/December period, we were particularly disadvantaged by the historically warm weather in northern climate zones where both Macy’s and Bloomingdale’s are especially well-represented. About 80 percent of our company’s year-over-year declines in comparable sales can be attributed to shortfalls in cold-weather goods such as coats, sweaters, boots, hats, gloves and scarves. We also continued to feel the impact of lower spending by international tourists as the value of the dollar remained strong,” said Terry J. Lundgren, Macy’s, Chairman and CEO.

Other highlights and guidance

“We are buoyed by a very strong performance in our digital business, with continued double-digit increases in online sales. In November/December, we filled nearly 17 million online orders at macys.com and bloomingdales.com – a new record for our company and an increase of about 25 percent over last year – based on significant new fulfillment capacity, site functionality and aggressive digital marketing,” added Lundgren.

The decline in fourth quarter comparable sales on an owned basis is expected to be approximately 50 basis points greater than on an owned plus licensed basis. Earnings per diluted share for the full-year 2015 now are expected in the range of 3.85 dollars to 3.90 dollars, excluding expenses related to cost efficiencies announced today and asset impairment charges associated primarily with spring 2016 store closings. This compares with previous guidance in the range of 4.20 dollars to 4.30 dollars.

The company has also announced a series of cost-efficiency and process improvement measures to be implemented beginning in early 2016 that will reduce SG&A expense by approximately 400 million dollars while still investing in growth strategies, particularly in omnichannel capabilities at Macy’s and Bloomingdale’s. The actions represent progress toward the company’s previously stated goal of re-attaining over time an EBITDA rate as a percent of sales of 14 percent.

To address the need for greater efficiency and productivity, among the changes being implemented by Macy’s are consolidating the grouping of existing Macy’s stores into five regions and 47 local districts (down from the current structure of seven regions and 58 local districts), as well as other field support functions. Adjusting staffing levels at each Macy’s and Bloomingdale’s store in line with current sales volume, which means an average of three to four positions will be affected in each of Macy’s and Bloomingdale’s approximately 770 going-forward stores (out of an average workforce of approximately 150 associates in each store), for a total of about 3,000 affected associates nationwide.

The measures include implementing a voluntary separation opportunity for about 165 senior executives in Macy’s and Bloomingdale’s central stores, office and support functions who meet certain age and service requirements and chose to leave the company beginning in spring 2016. Approximately 35 percent of these executive positions will not be replaced. Reducing an additional 600 positions in back-office organizations, with about 150 of these associates reassigned to other positions. Consolidating the four existing Macy’s, Inc. credit and customer services center facilities into three. The call center in St. Louis will be closed in spring 2016, affecting approximately 750 employees. Work currently performed in St. Louis will be divided among existing credit and customer services centers in Tempe, AZ,Clearwater, FL, and Mason, OH, where a total of about 640 positions will be added.

The company listed 40 Macy’s store closings (out of a current total of about 770 Macy’s stores). Of the 40, 36 will be closed in early spring 2016, consistent with its announcement in September 2015. The other four stores were closed in the final three quarters of 2015. The implementation of cost reductions is estimated to generate annual SG&A savings of approximately 400 million dollars, beginning in 2016. This will help the company to achieve modest improvement in its EBITDA rate in 2016 compared with 2015 excluding gains from the expected sale of real estate in Brooklyn.