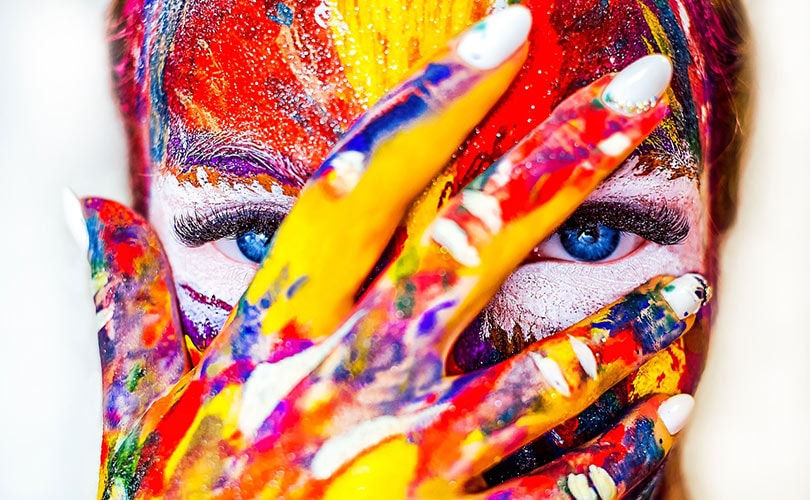 Over the past couple of years there have been several important conversations regarding intellectual property issues in the beauty industry. This industry faces a persistent issue of copycat beauty looks that are not credited to the original inspiration. For example, earlier this year Instagram account Diet Prada called out two editorial beauty looks worn by Rihanna in a magazine, arguing that the two makeup artists and creative teams had ripped off looks from their peers. Diet Prada commented that in its opinion, Rihanna’s silver glitter coated lids, lips and tongue were directly copied from a 2014 design by another artist for a 2018 Allure magazine story. Two years prior, Snapchat made headlines when it released a new batch of face-altering filters that seemed to be inspired directly by the creations of independent make-up artists. These filters weren’t just replicas of simple beauty looks. In fact, they were exact replicas of intricate works of art, arguably plucked directly from the make-up artists’ feeds.

The issue that many beauty artists face is that the industry does not have adequate avenues to protect their creations and take legal action for copyright infringement. Peter Philips, a well-known makeup artist and Creative Image Director of Christian Dior Beauty, saw his Swarovski crystal-rimmed eyes at the Dries van Noten Spring 2018 show replicated by many other makeup artists. Commenting on the copycats, he stated to website Fashionista: “what drives me is the creative process and trying to do different things than other people do.” He also said “I do respect the skills of people [re]doing my makeup, but on the other hand, I feel you miss out on something because doing our job is not only about repeating and what’s been done. That could be a starting point to push it further — that’s just the fun of it”. But what happens when no such “pushing further” occurs, and there are mere copies on the runway?

Present State of US Copyright Law

Copyright is a right given to its owner to prevent the unauthorized use of his/her work. Copyright may only subsist in certain categories of “works” including those that are literary, artistic, and musical.

Copyright is automatic. As soon as a work is produced, it is protected by copyright. One does not need to register the work or apply a copyright notice to it in order to be protected by copyright. As a general rule, a person who reproduces a substantial portion of the original work without the permission of the copyright owner is a prima facie infringer, and therefore must prove some affirmative defense such as fair use in order to escape liability.

A turning point for this issue came in 2000 when the Southern District of New York clarified that certain intricate tattoos and stage makeup qualify for copyright protection. In Carell v. Shubert, the Court held that the stage makeup featured in the Broadway musical Cats was protectable under copyright law, as even though actors in the show could change, the makeup was sufficiently fixed in the same way. They also considered choreography (with its ever-changing dancers) to be fixed. The Cats makeup required up to eight layers of products and several hours of work each night. This was found to be an original work of authorship that is fixed in a tangible medium, thereby satisfying the elements necessary for copyright protection under 17 U.S.C. §102.

Existing Issues for the Beauty Industry

One of the main issues with granting copyright protection to makeup looks is that makeup disappears and washes off instantly whereas clothing, artwork or even photography is long lasting. Makeup artists do not fit squarely into the protections afforded by US copyright law because these looks are not permanent. However, semi-permanence is part of the beauty of makeup—it allows the wearer to become whoever he/she wants to be.

Additionally, everyday hair and makeup, generic tattoos, and nail art would likely not be sufficiently original to qualify for copyright protection. The artwork done by a makeup artist would have to meet the definition of “sufficient originality” to be considered copyrightable. Under a portion of the Copyright Act known as the Visual Artists Rights Act (VARA), certain "works of visual art" may qualify for protection against distortion and other wrongs. In relevant part, section 101 of the Copyright Act defines a "work of visual art" to include: a painting, drawing, print, or sculpture, existing in a single copy or in a limited edition of 200 copies or fewer, which are signed and consecutively numbered by the author.

An artist may attempt to apply the same makeup design on different people, or even the same person. The definition of "work of visual art" appears to distinguish a work existing in a single copy from a work existing in multiple copies on the basis of copies of the latter work being derived from a common mechanical process (such as the multiple casting of a sculptural work or the manufacture of several photographs from the same negative). See id. § 101 (defining a work of visual art). Because the second and further applications of a makeup design are not mechanical, each application may count as a separate work of art.

Even though Carell held that makeup is protectable under copyright law, the landscape of makeup art and copyright law is still relatively undeveloped and requires some clarity on how to allocate copyright when no long-term record can be obtained.

Written by Preetha Chakrabarti and Siri Rao from Crowell & Moring LLP, an international law firm with a fashion law practice representing clients across the United States as well as in Europe. Crowell & Moring assists clients in the fashion industry with a variety of legal issues, including intellectual property and trade law. They regularly advise on the valuation and exploitation of IP rights, assist clients with filing applications for trademark, design patents, and copyright, as well as litigating and enforcing such rights.