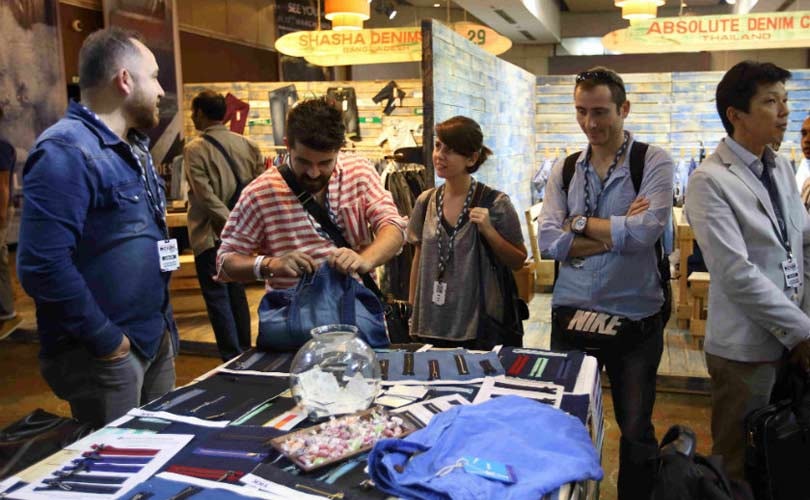 After a successful inaugural edition in November, the Bangladesh Denim Expo is back with two seasonal editions in 2015, the first one to be held on 11th and 12th May at the Radisson Blu in Dhaka.

Apart from bringing international denim players together in Dhaka, thus highlighting Bangladesh's role in today's denim industry (the show's tagline being 'your jeans made here'), what makes this fair special is its focus on health and safety as well as education and community. As a not-for-profit fair, all surplus proceeds will be deposited into a seed fund, which will fund a denim university in Bangladesh.

In addition, knowledge transfer and education are key, thus the expo will focus on the education and training of a new generation of designers, merchandisers, buyers, production technicians and entrepreneurs in the Bangladesh denim industry.

Last but not least, given Bangladesh's background with a series of unfortunate factory accidents and ongoing audits, the Denim Expo will also support health and safety compliance.

The first edition of Bangladesh Denim Expo took place on November 11th and 12, 2014 in Dhaka and attracted more than 3,000 visitors and 50 exhibitors from 14 countries, among them Absolute Denim, Archroma, Brandix, Raymond, YKK and Vita Textile Group. For the upcoming edition, even more visitors and exhibitors from Bangladesh as well as China, India, Italy, Japan, Pakistan, Turkey and other Asian and European countries are expected.

There are currently about 5,600 factories and 25 denim fabric manufacturers in Bangladesh, who meet about 40 percent of the domestic demand; the rest of the denim fabric is imported. Bangladesh earns about 600 million US dollars yearly from worldwide denim exports, being the second largest exporting country after China to Europe and the third largest to the US.