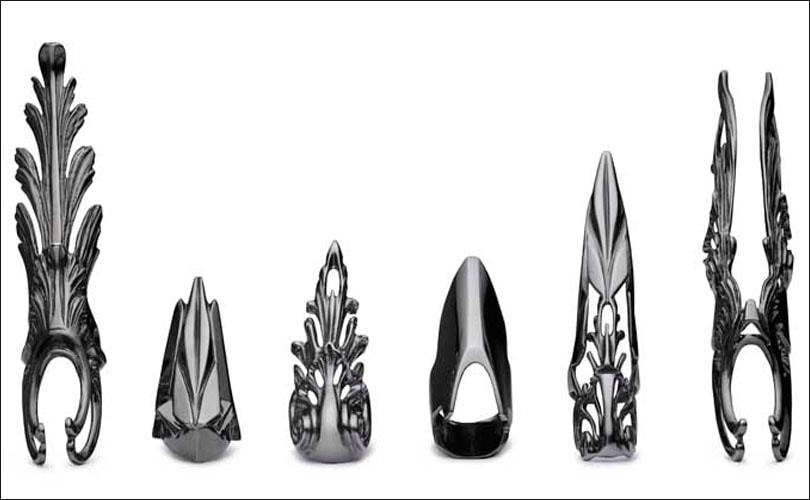 British jewellery collective Rock Vault is to showcase at the prestigious tradeshow Couture Las Vegas, alongside Stephen Webster MBE. Couture Las Vegas is an event where over 200 of the world's leading jewellery designers and brands gather to connect, collaborate and conduct business.

Rock Vault is an initiative established by the British Fashion Council to support, showcase and promote Britain’s most innovative fine jewellery talent. Rock Vault aims to give designers the opportunity to further develop their businesses, as well as increasing their exposure amongst both UK and international media and retailers.

This is the fourth year that Stephen has taken designers from the initiative to Couture Las Vegas, where each year a Rock Vault designer has won one of the show’s coveted Design Awards. This year Stephen and the Rock Vault designers will once again showcase the incredible craftsmanship and creativity of the young talent that is at the heart of the British jewellery industry. Designers will exhibit in the Stephen Webster space in the LaTache Ballroom, at the heart of the show, demonstrating what makes British jewellery so laudable.

Caroline Rush CBE, CEO of the British Fashion Council said: ‘Rock Vault has had such success at Couture from the very first visit, which is strong testament that the UK is looked to by the global jewellery industry as producing some of the most exciting new talent in the field. Stephen has been such a key part of making the BFC Rock Vault initiative so successful - Couture is an incredible platform and will really benefit the profile of the fantastic designers attending.

Stephen Webster MBE, Creative Director of Stephen Webster said: ‘2016 is a very exciting year for Rock Vault. Due to the three year mentoring cycle, some years see more graduations than others. Last year Rock Vault graduates included some designers who had exhibited at Couture since we first introduced the platform to the show. Since that first year Rock Vault designers have featured as winners at each Couture Design Awards gala. This year with four new designers, none of whom have ever shown in the US, Rock Vault will be the place for retailers to come and discover the stars of tomorrow. A new home in the LaTache Ballroom and loads of new talent will make sure Rock Vault is on everyone's Couture calendar this year.’