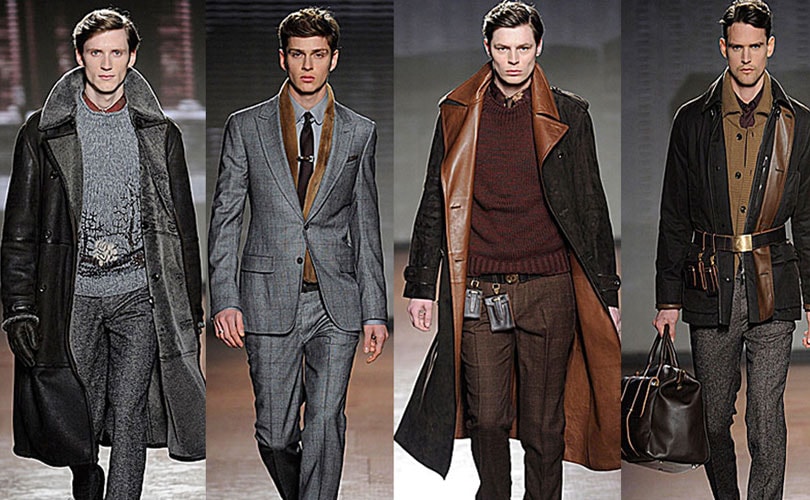 NYFW: Men's and menswear trade shows square off over dates

When it was announced that New York would finally be having a men’s fashion week people thought the greatest moment in history had come since the invention of sliced bread. Menswear was finally getting the attention it had long deserved, and all the trade shows were being cooperative in adjusting their dates to coordinate with New York Fashion Week: Men’s. It turns out that those trade shows aren’t going to be so cooperative after all.

Editors and retailers who had planned to see the trade shows and the menswear shows at the same time will now need to add in a few extra days on their calendar. The menswear runway shows will be from July 13th to the 16th at the Skylight Clarkson Square in Soho. The menswear trade shows – Project, Agenda, Capsule, MRket, and Liberty Fairs will – will now be the following week. Project has reverted to their original show dates of July 19th to the 21st to align with the other trade shows.

Liberty Fairs founder Sam Ben-Avraham doesn’t believe that adjusting the dates will have any negative impact on the trade shows because buyers tend to do more than just attend trade shows. “They go shopping and they stay after the shows to go to showroom appointments. […] It’s different in Las Vegas where they usually allocate two or three days and then they’re gone. In New York, it’s usually a week’s worth of travel, and we hope that instead of staying after, they’ll come earlier this time,” Ben-Avraham said to Women’s Wear Daily.

Trade shows to retain original dates on the menswear calendar

While those involved with menswear trade shows acknowledge that this isn’t the most ideal situation they do hope that in the future they will be able to better coordinate the dates to accommodate for men’s fashion week. Despite their return to their previously scheduled calendar, the menswear tradeshows still acknowledge the significance of men’s fashion week. “Men’s fashion week is a good idea. It could really spark something big for men’s wear in the States,” Ben-Avraham was also quoted saying to Women’s Wear Daily.

It was the efforts of Ben-Avraham and many other executives involved in the menswear trade show market that made men’s week a reality in the first place. For years, Ben-Avraham and his colleagues pushed the CFDA to create a separate men’s week because they wanted to really give the American menswear market the attention it deserved. While they were attempting to adjust the trade show dates a few trade shows were contractually obligated to keep their original dates, and the tradeshow consortium known as Modern Assembly Group decided to stick with the original July 20th to the 22nd dates.

While the argument is easily made that runway shows should not overlap with tradeshows given how well padded a fashion week schedule can be, the tradeshows are looking at having the dates for their shows proceed immediately after men’s fashion week. While the schedule of runway shows has not been announced many prominent designers and brands have at least agreed to participate in some form, including Rag & Bone, Todd Snyder, Michael Kors, Public School, Michael Bastian, Robert Geller, and Kent & Curwen.

With the menswear market growing so rapidly it is really changing the dynamics for all things men in the fashion industry. New York Fashion Week: Men’s is just the beginning in what could be a menswear revolution. Despite the dispute over the dates all menswear executives do agree it is time menswear gets the attention it deserves. 2015 is easily shaping up to be the year of the menswear revolution.