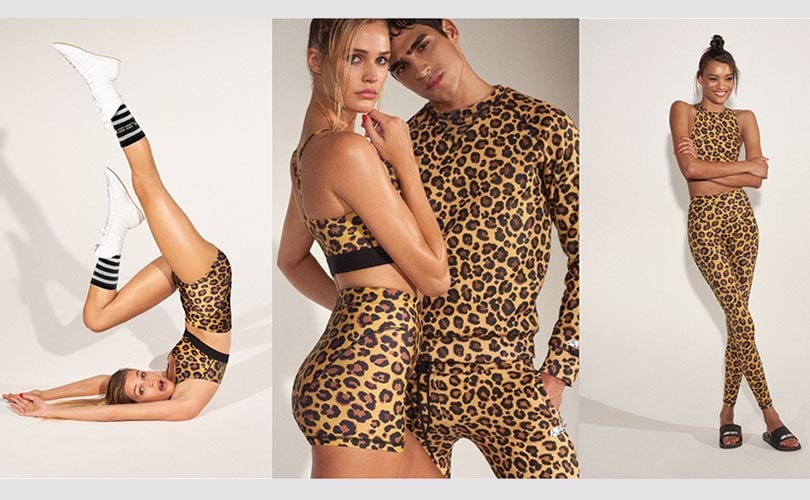 Adam Selman first came to prominence in the fashion industry when Rihanna wore one of his Swarovski Crystal gowns to the CFDA Awards. He also was a finalist for the CFDA/Vogue Fashion Fund. For the past several seasons the designer's show has been a hot ticket, however despite the love from the fashion editors, his ready-to-wear wasn't resonating with customers and buyers as one would hope.

Rather than bite the bullet and lay his line to rest, Selman decided to do a complete 180 and turn his brand from a contemporary label into an athleisure label.

This week, Adam Selman Sport (A.S.S.) will launch on Net-a-Porter, before it arrives at Nordstrom, Selfridges, Harvey Nichols, Kith, and Adam Selman's own e-commerce site.

While there's talk of when the athleisure bubble is going to burst, the market is still going strong, and demanding for athleisure products is actually rising. Selman told Business of Fashion he is trying to target a hole in the market between solid black basics and what he saw women wearing to Barry's Bootcamp. The new line is also very size inclusive going from 00 to 20.

Selman's A.S.S. line is reasonably priced with all items under 200 dollars. He predicts that within the next year he could generate 3 to 5 million dollars in sales, compared to the 700,000 dollars he peaked at with his ready-to-wear label. Selman's been laying the groundwork for this since last September when he passed on showing a spring 2019 collection at New York.

Selman's collaboration with Le Specs is still poised to go through 2020, and he also plans on adding swimwear to his athletic line. It's a new dawn for the young designer, and he's still one to watch.