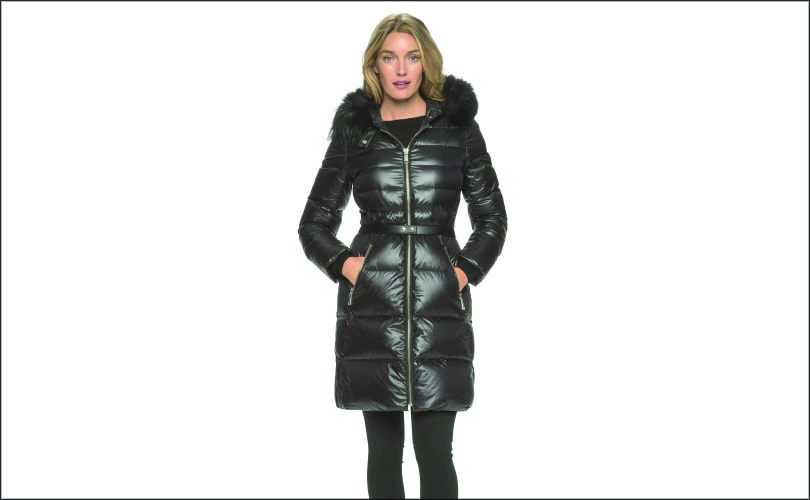 Andrew Marc is moving full throttle with their plans to make their label an entire lifestyle brand. The leather goods company, which was bought by G-III Apparel Group Ltd. in 2008, has announced that they will be offering women's footwear for this fall.

The range will encompass a collection of eight styles of boots and booties in multiple colorways, and will complement the brand's core outerwear. It will be sold exclusively on the Andrew Marc website.

Men's footwear has been produced by Andrew Marc under license for four years, but the women's footwear will be designed in-house.

G.H. Bass, which is also owned by G-III Apparel, helped in the creation of the footwear. The upper soles were reinvented to make them more Andrew Marc-esque.

The footwear initiative was done under the direction of Chris Gbur, the brand creative director of G-III, who has been with Andrew Marc for over 30 years. He also spearheaded the ad campaign, which has a lot of sex appeal. It features scantily clad women wearing the shoes.

Price points for the shoes will range from 195 dollars to 325 dollars.

In addition to their new shoe offerings, Andrew Marc is also offering some more colorful options for their anoraks and leather jackets. Expect rabbit fur hoods and embroidered details. Pins and patches are also going to be offered so customers can customize their jackets.

These new products, along with a more aggressive push into direct selling, is meant to increase sales at Andrew Marc. The brand is celebrating their 35th anniversary this year.

“Retail is theater today and to excite the customer, you have to change,” said Stephen Budd, Andrew Marc’s president, to WWD.

Last fall, instead of doing traditional magazine advertising, Andrew Marc opted for a mailing campaign which included a catalogue, an eight-page mailer, and a postcard. The campaign helped bring in 3500 new customers.

Next year, the brand plans to launch a men's activewear collection called MNY Active. The line will offer business-casual apparel with performance details. They already have an activewear line for women that has been produced for three years.