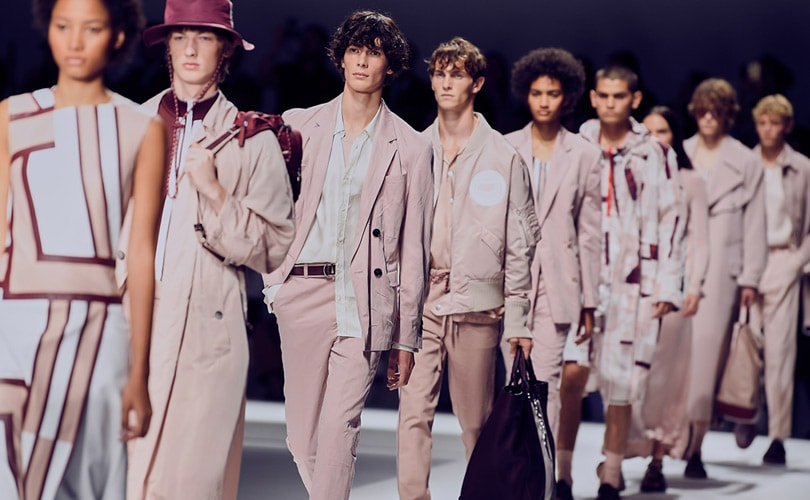 When it was announced last season that Jason Wu had done his final collection for Hugo Boss, there was concern over what that would mean for the brand's elevated womenswear line. The menswear collections have been going strong under designer Ingo Wilts, but there was wonder over how he would handle the task of both the men's and women's line. At New York Fashion Week, Wilts proved that he could handle it all, and create a cohesive line for Hugo Boss that brought true uniformity to the brand. 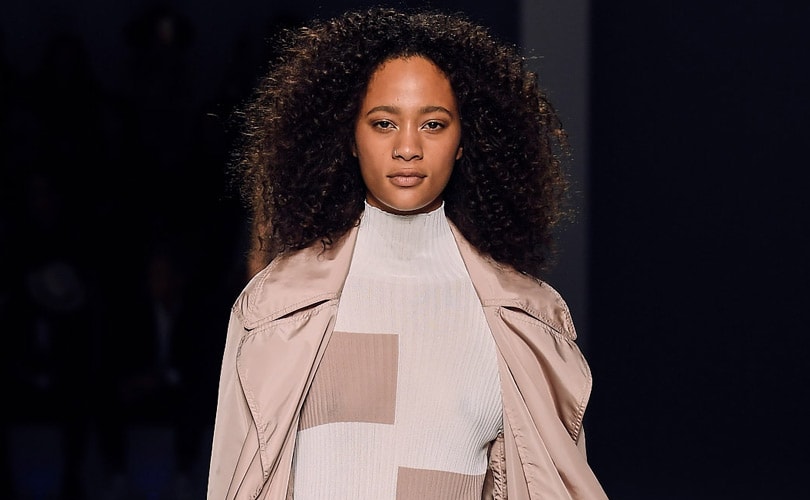 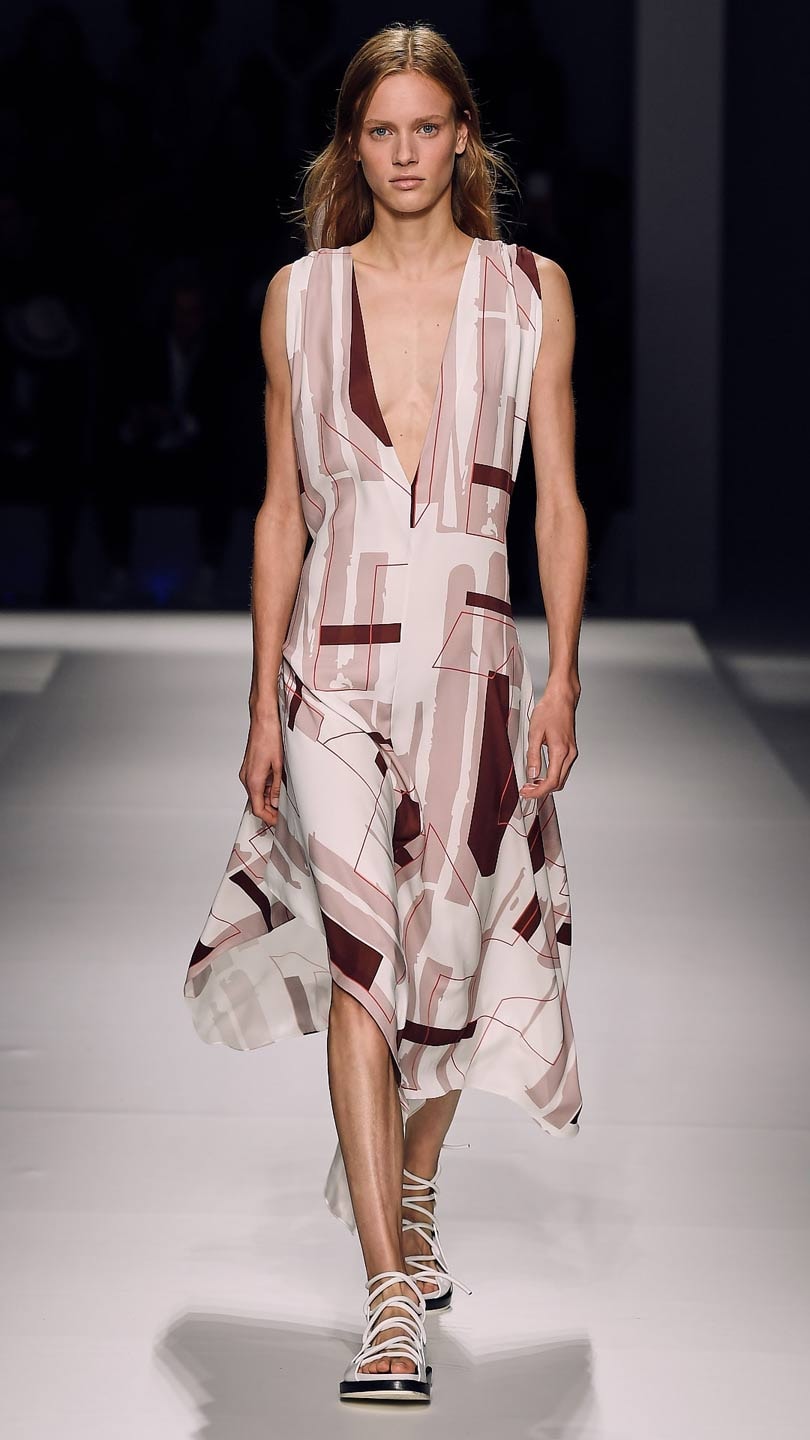 Inspired by California, coastal cities and houses overlooking the Pacific Ocean, the collection found a balance between breezy ocean life and the beauty of metropolis areas. Although Boss is iconic for their suits and tailoring, they are interested in a new customer. They are younger, into a more relaxed fit, and aren't necessarily as corporate. 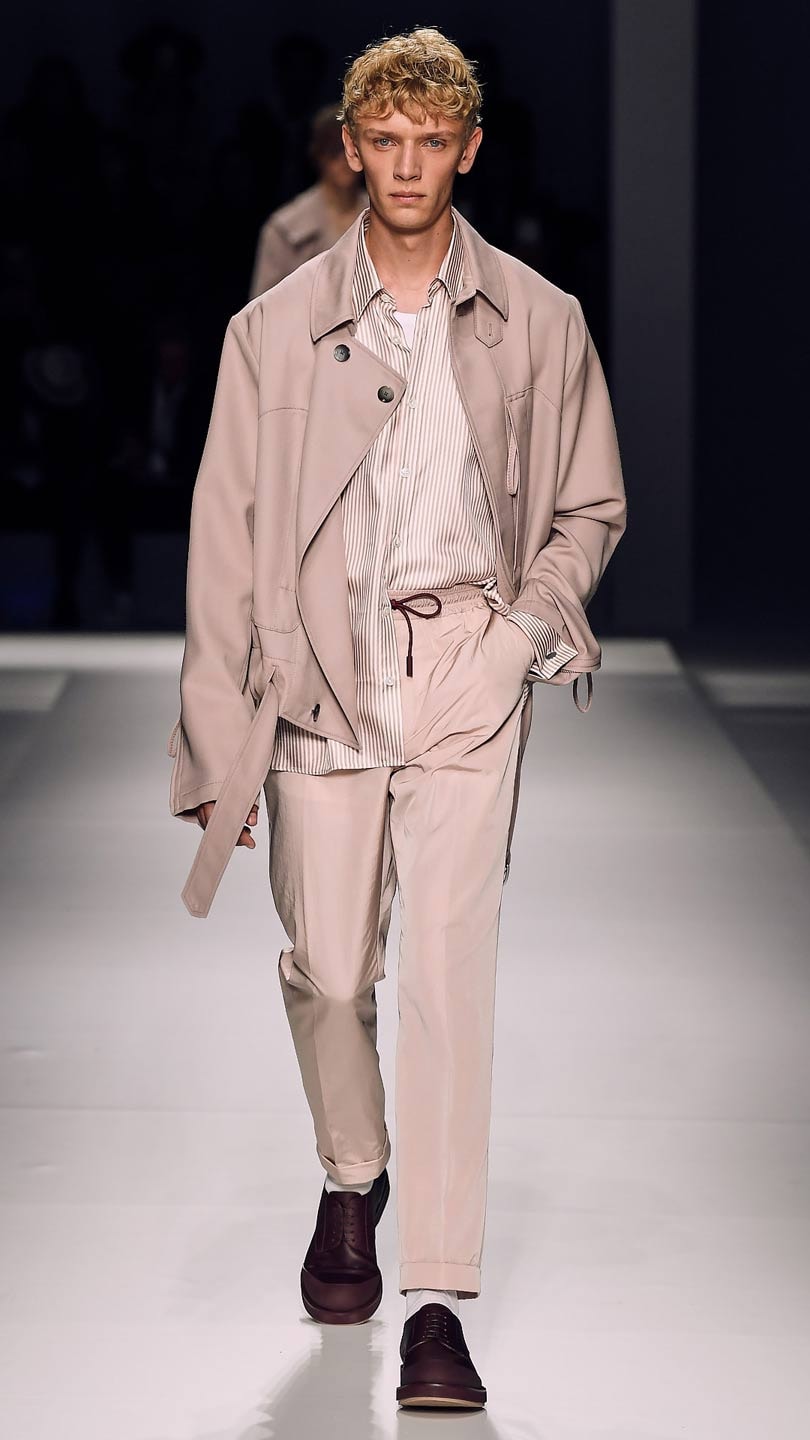 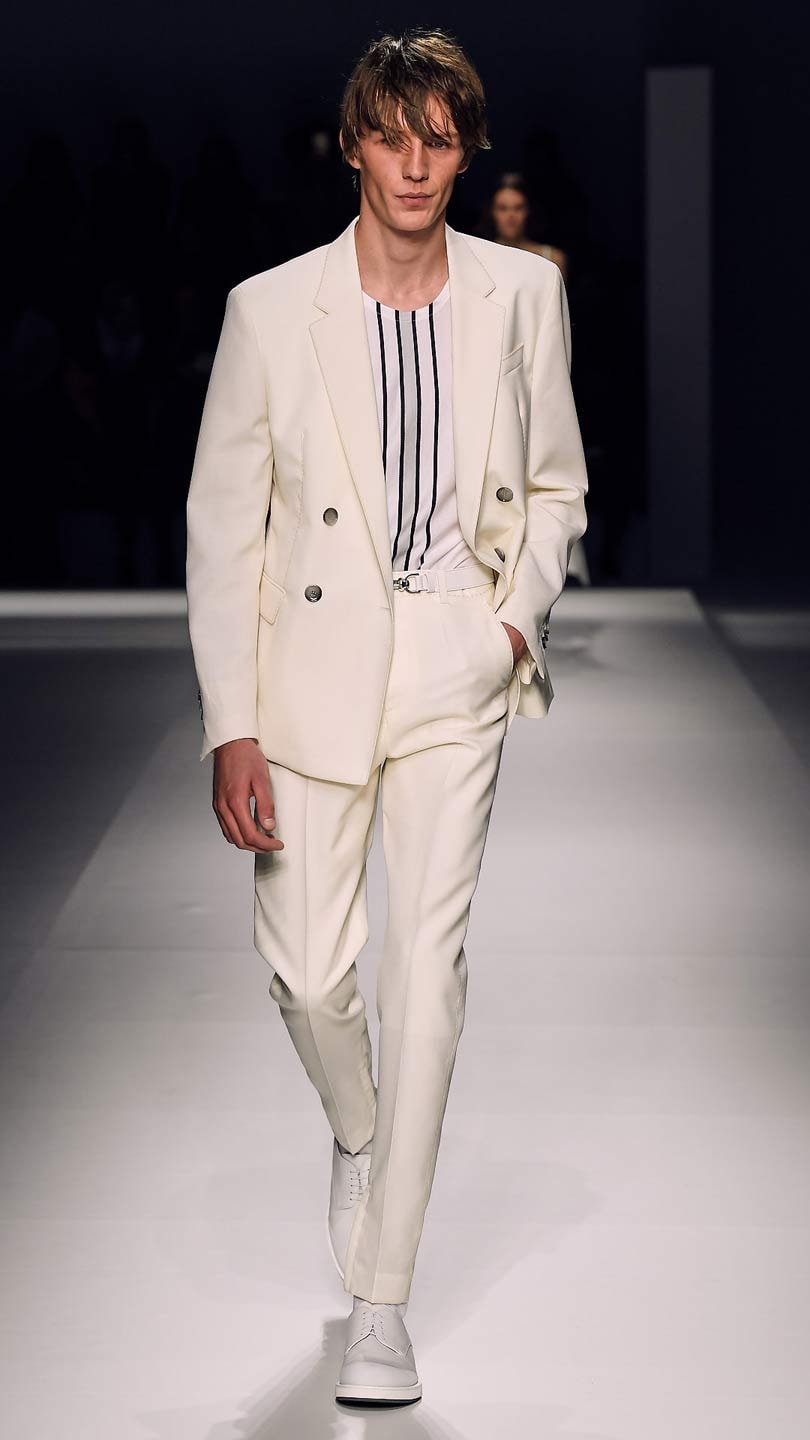 From the first look, a knit dress with a trench, it was evident that Boss wasn't sticking to their same old guns anymore. They were born new, and Wilts made a statement about his ability to take on a women's collection that would get people's attention. 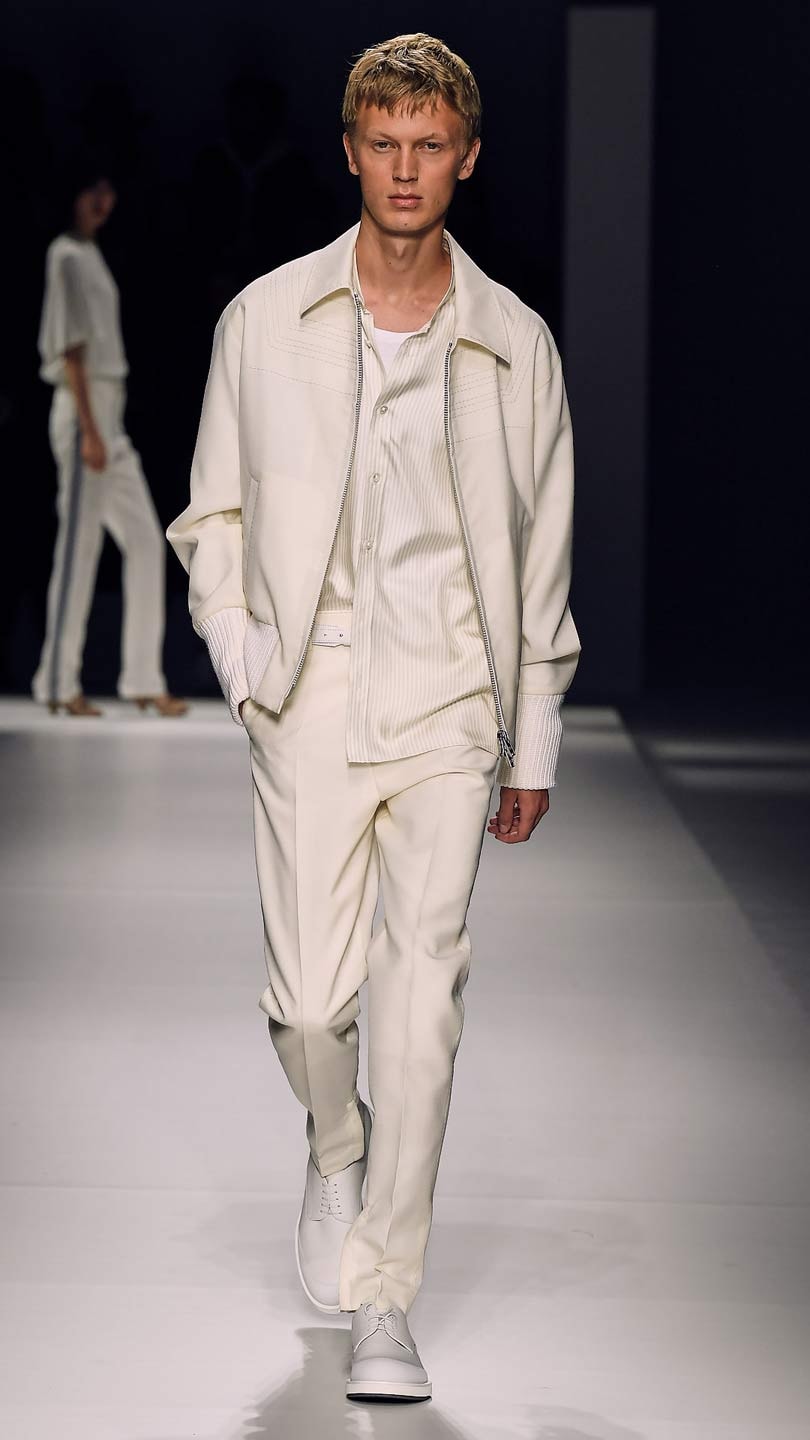 The tailoring wasn't completely amiss however, as it is part of the Boss brand DNA. Rather, it took on a more approachable fit with softened structures, airy fabrics and easygoing textures. 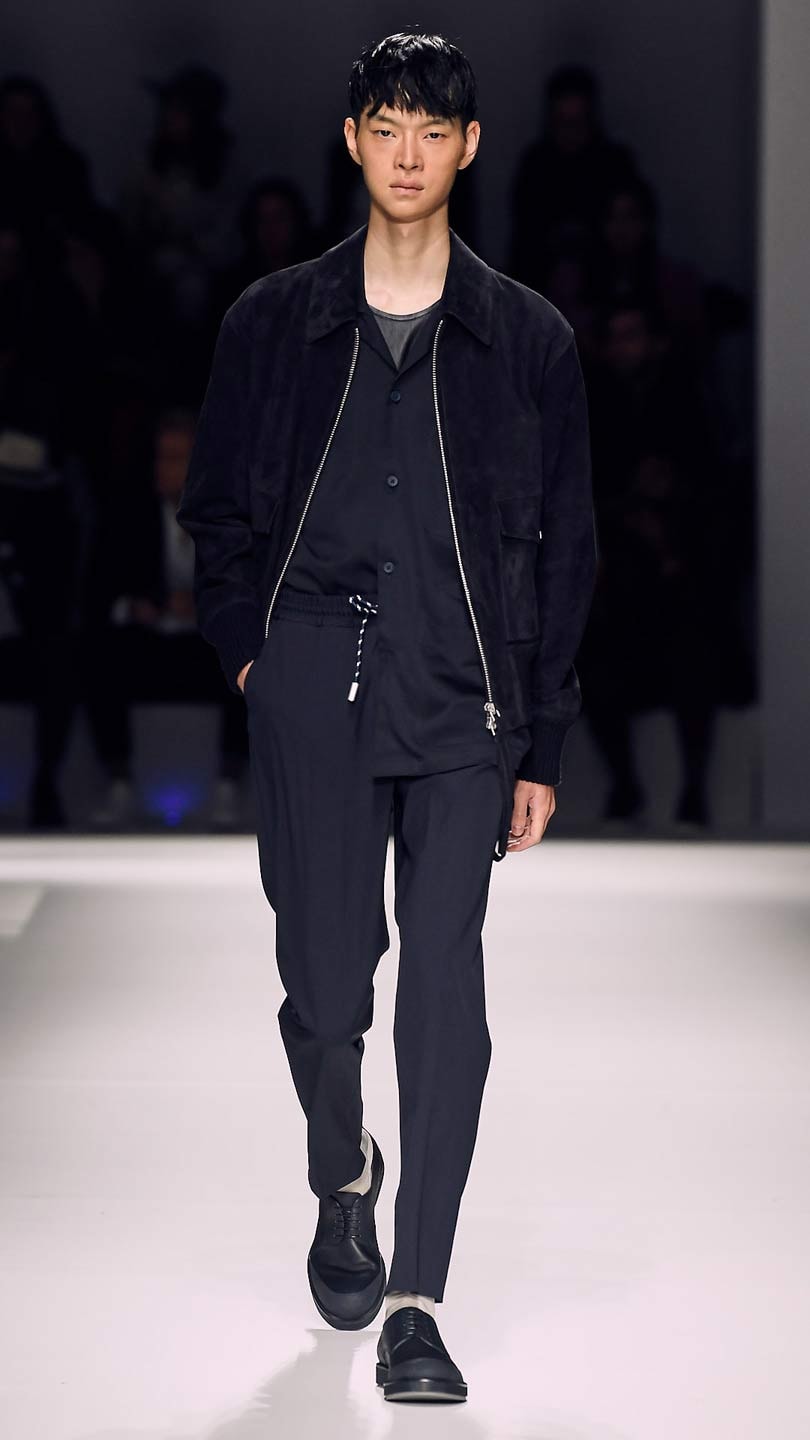 Suits were crafted from crinkled cotton, and paper-touch cloth, but were made more relaxed for summer with softened structures, and meticulous pleats were done on skirts. The new Boss code is Sports Tailoring. This season, surfboard stripes were reimagined as appliqués on tailored jackets, dresses and outerwear. 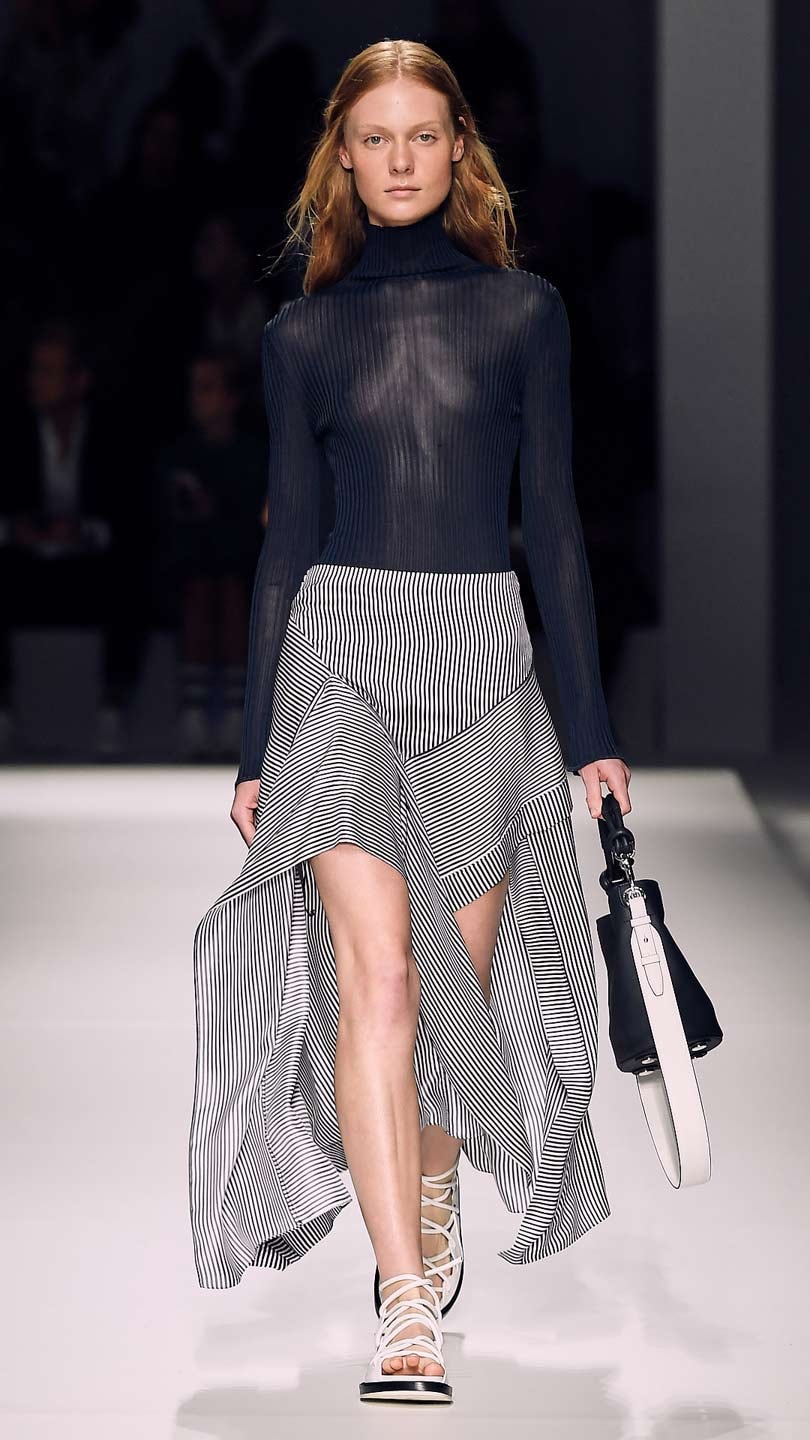 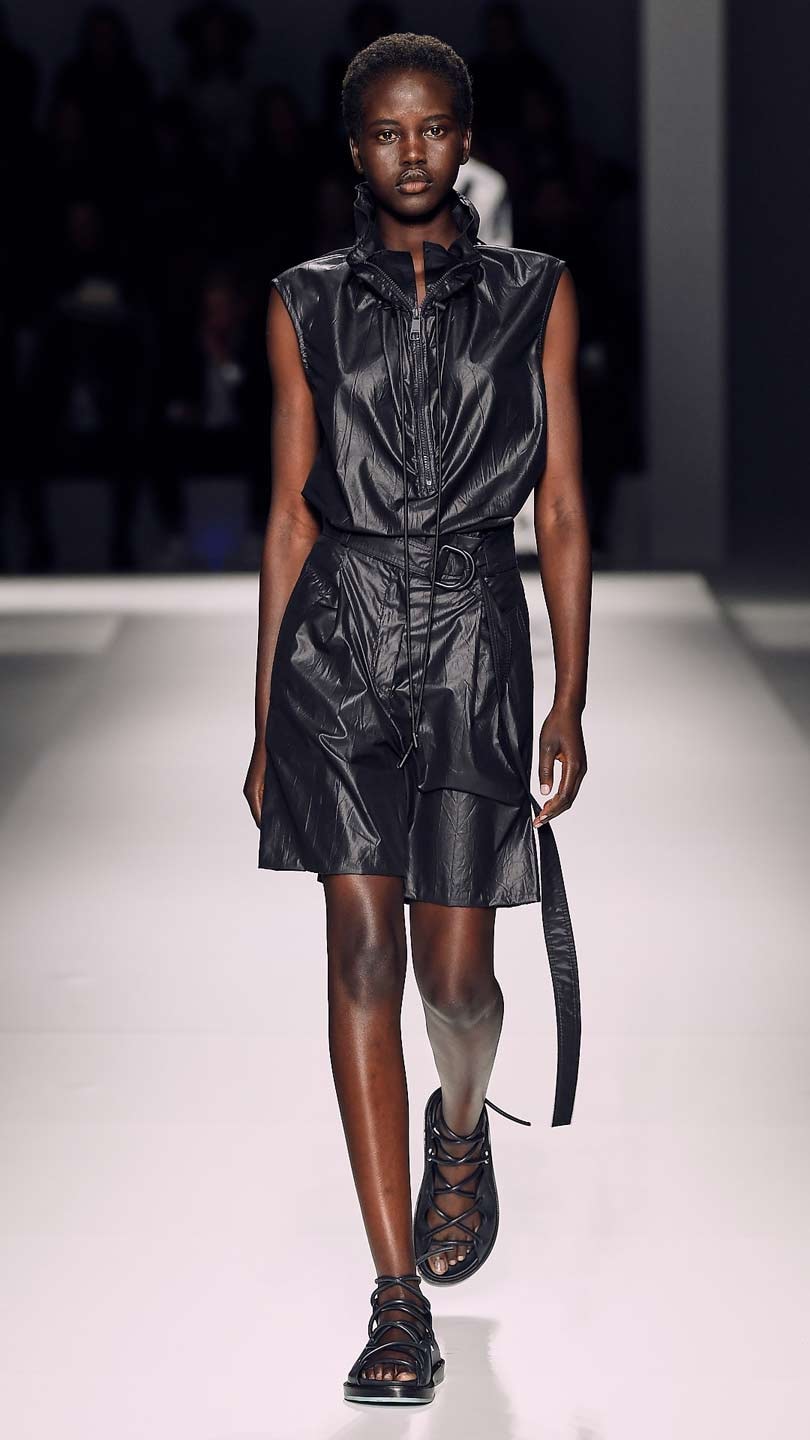 Let's not forget about accessories either. Bucket bags and pouches were done in super-soft leather, fastened with drawstrings. As an ode to the California sunshine, wide-brim hats and colored sunglasses helped complete the looks. 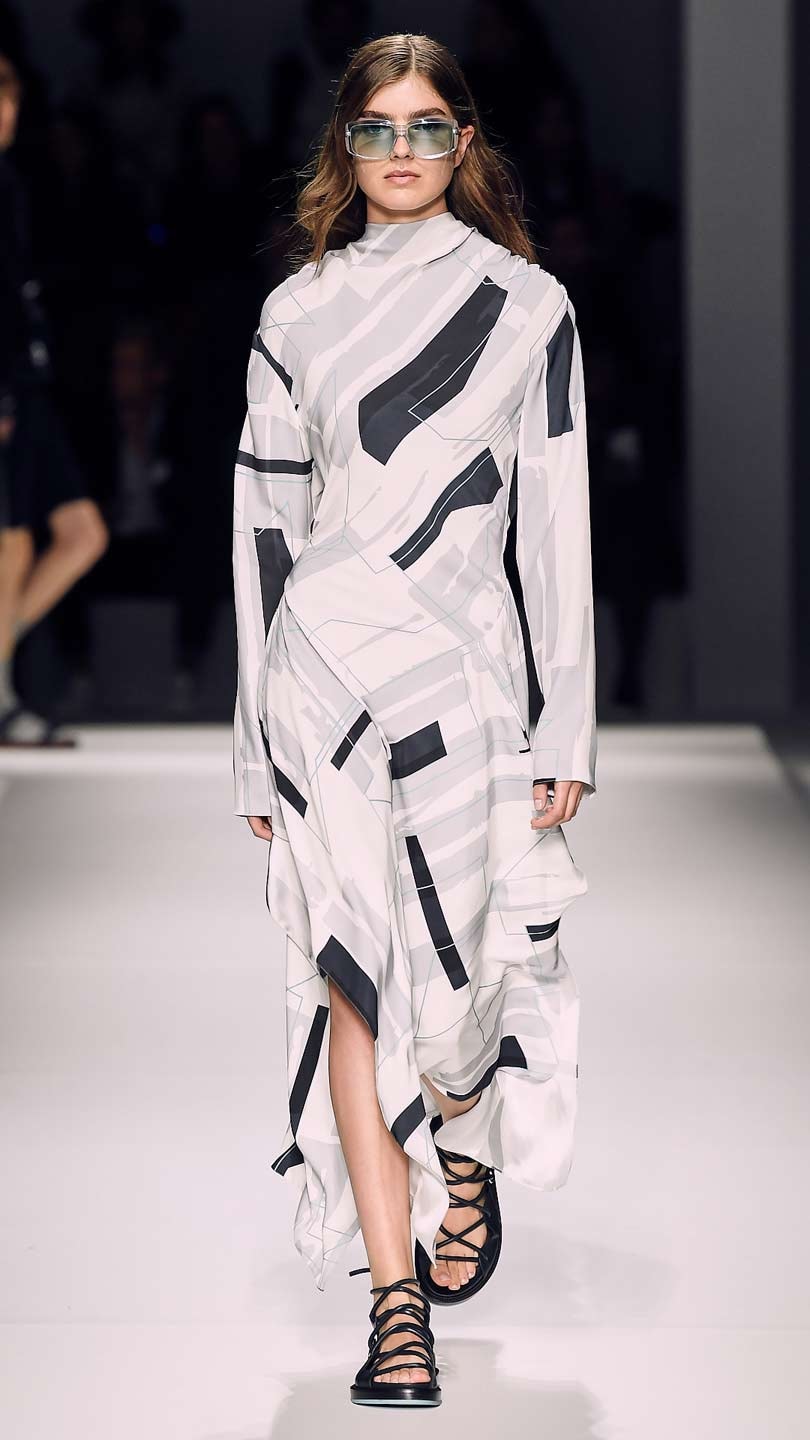 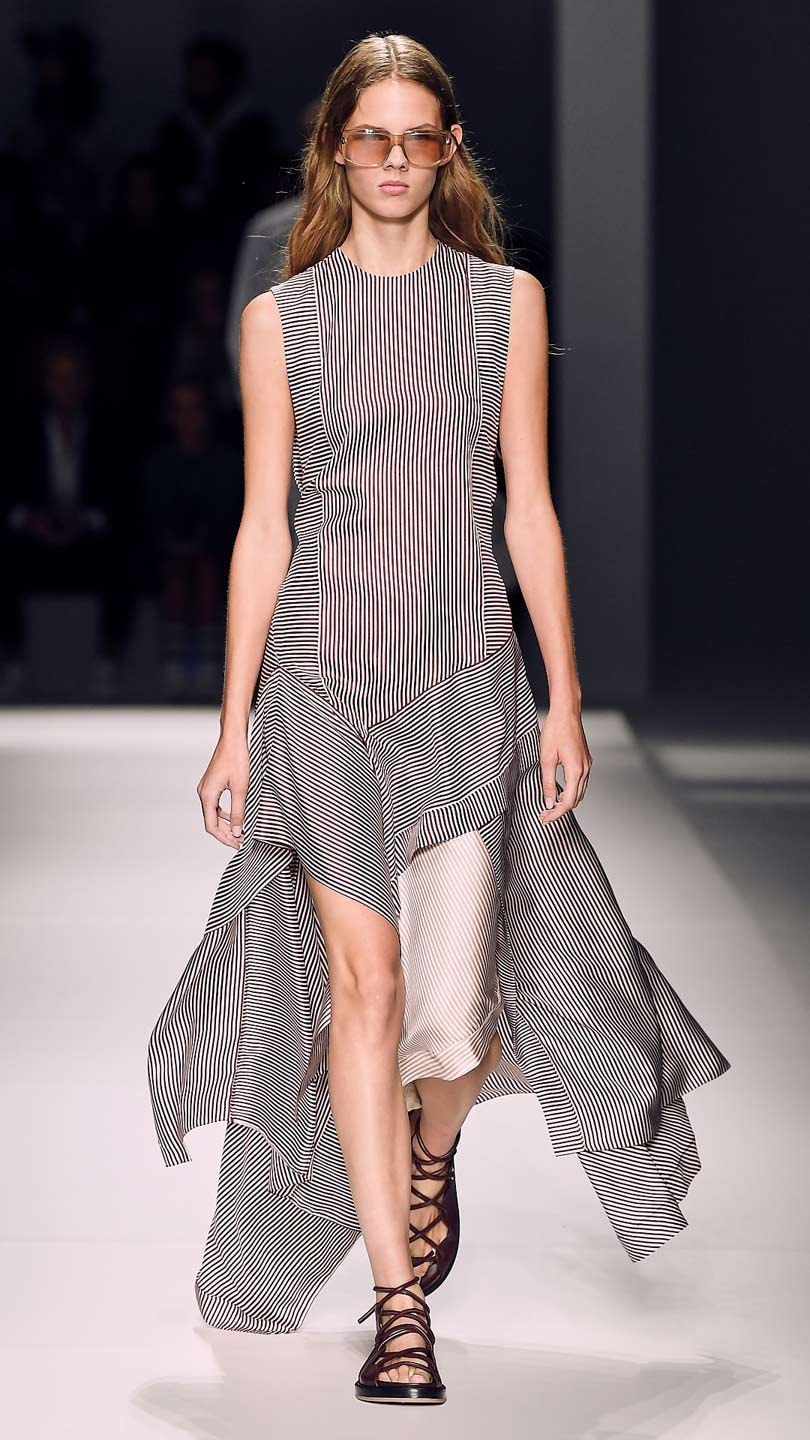 To anyone who had a single doubt in their mind about Wilts' skills to bring the whole Hugo Boss collection under one umbrella, they were proven wrong. This collection married men's and women's in fashion matrimony, ushering Boss into its next era. 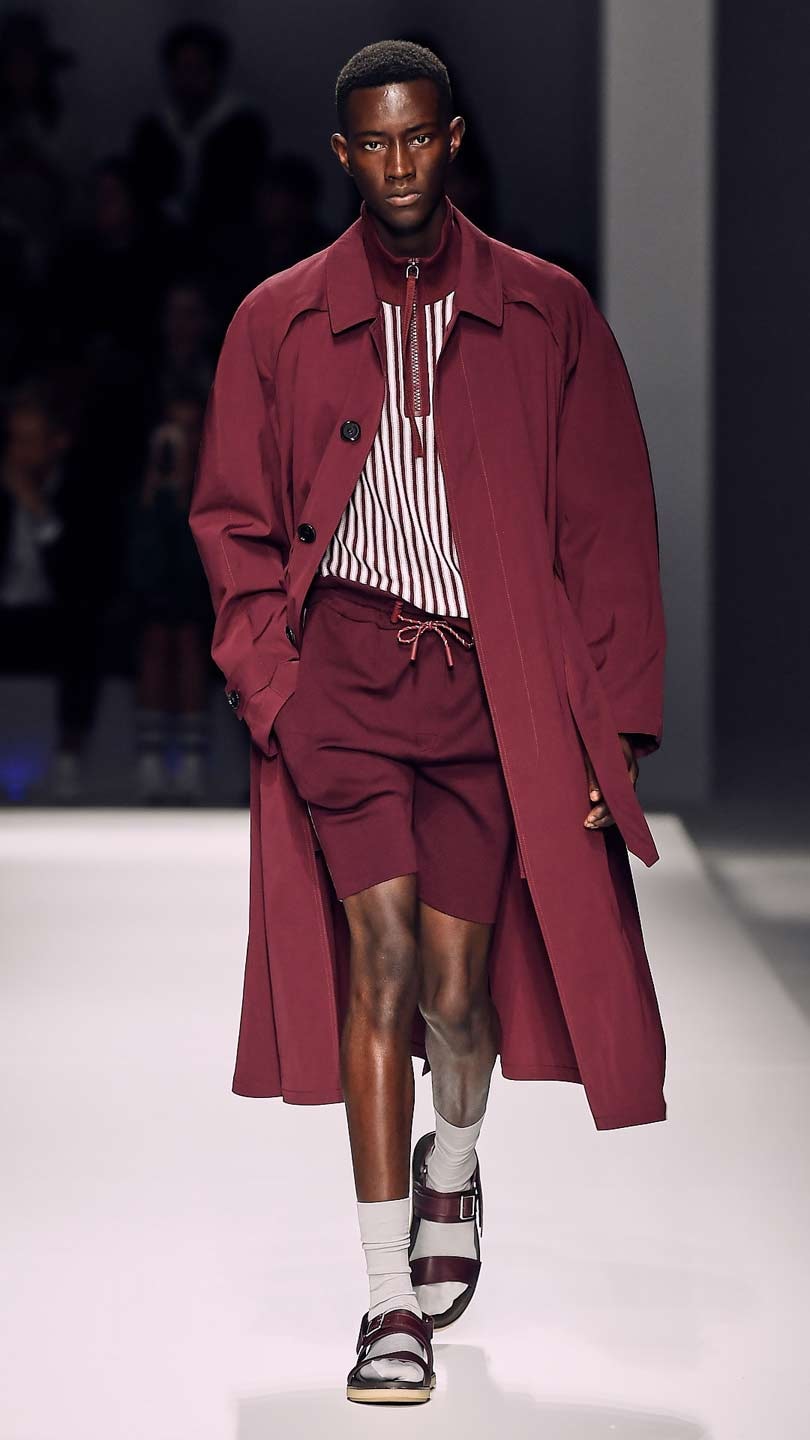 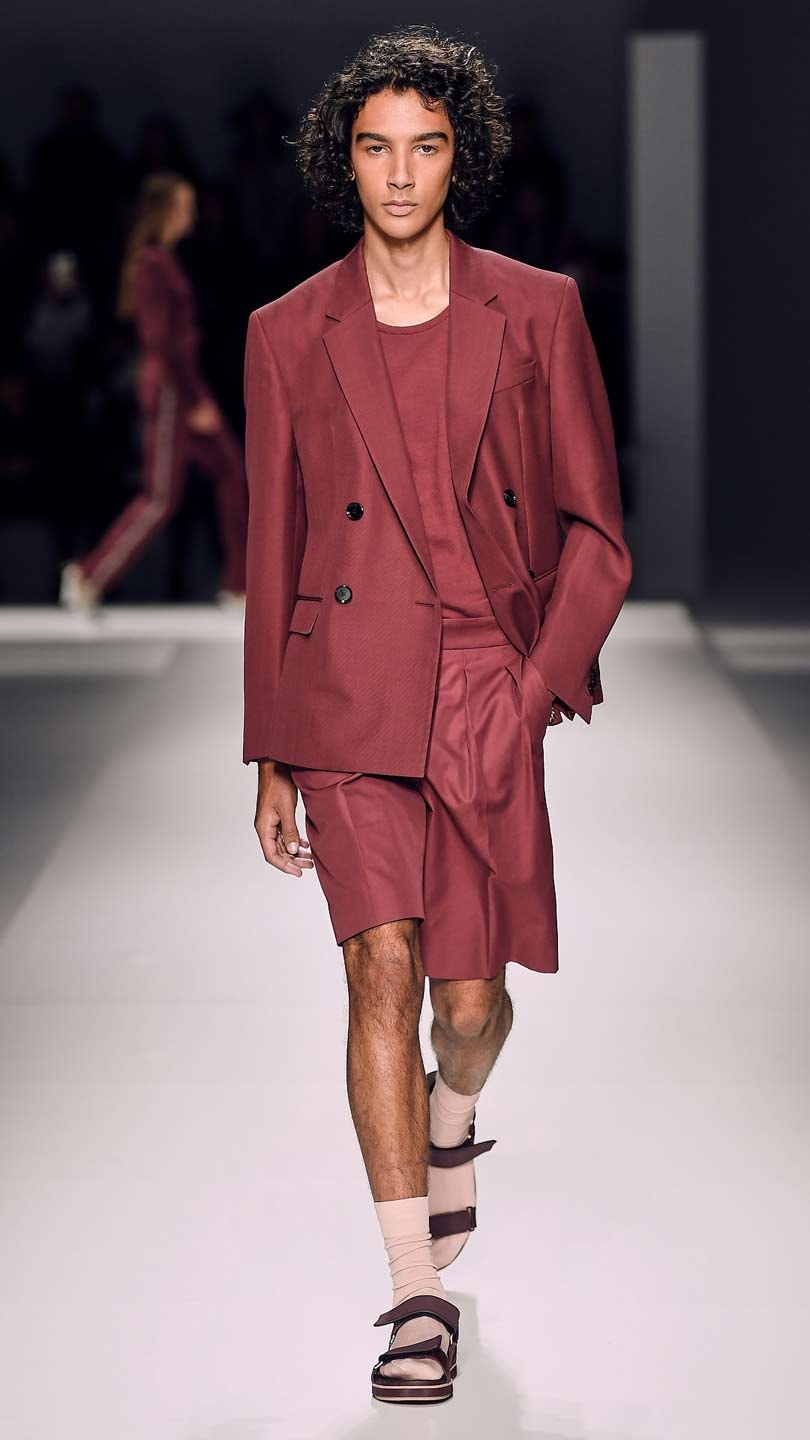