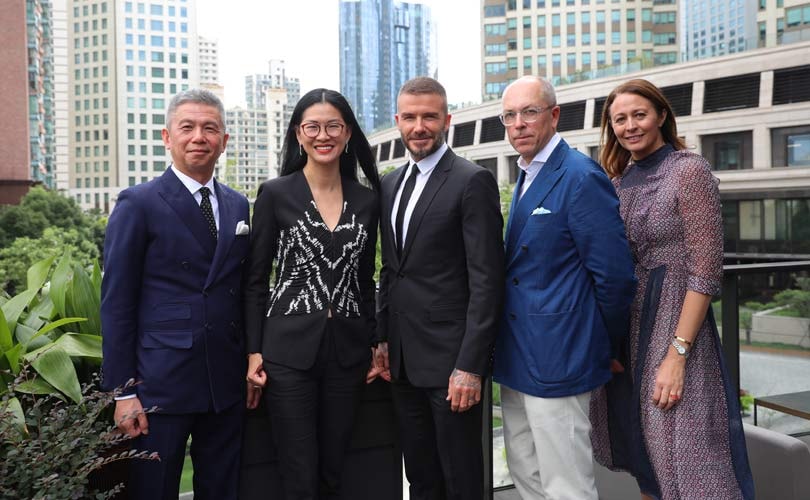 The British Fashion Council is looking to strengthen its ties with China through a new China Partnership Strategy, which will include creating a network of partners across investment, licensing, manufacturing, property, communications and retail in the region to support British fashion designers.

Launched in Shanghai by the BFC’s ambassadorial president David Beckham alongside Stephanie Phair, BFC chair, and Caroline Rush, BFC chief executive, the event confirmed 500,000 pounds worth of deals including JD.com and Ruyi’s co-sponsorship of the BFC/GQ Designer Menswear Fund, JD.com’s support for the BFC/Vogue Designer Fashion Fund and support from Britain’s Department of International Trade.

In addition to deals done, the BFC stated that it will continue to explore the next stage of their innovative partnership with VIP.com and their long-term partnership with Fung Retailing Group.

At the event, Beckham, said: “Promoting the British fashion industry in China is an important part of my new role with the British Fashion Council. I hope that through events like today we are able to shine a light on the incredible creative talent we have in the UK and promote that talent on a global scale.

“The opportunity in China for connecting creatively and driving investment into British fashion is huge. Today we are able to show real commitment from Chinese businesses to future fashion leaders in the UK and in parallel, share our experience, knowledge and platforms with emerging Chinese designers.” 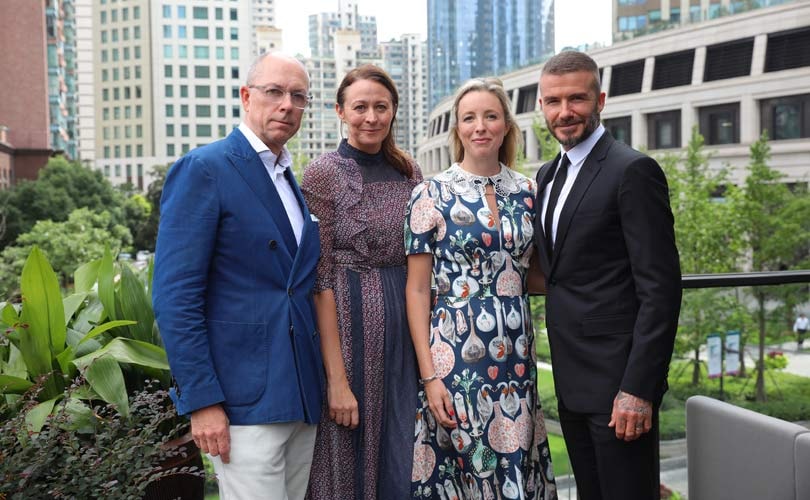 The new China Partnership Strategy, which aims to make access to the Chinese market easier for British designer businesses, will focus on three key areas: supporting emerging talent with mentoring on the Chinese market; organising partnerships of fashion weeks to stimulate demand through content and access, in relevant cases supplying that demand through retail partnerships in the UK and China; and creating a network of investors, creatives, influencers, media, retailers and high-net worth individuals to partner with British designer businesses on local growth strategies.

Phair, added: “China has always been a key market for British designers, from emerging businesses to established brands. There is a growing appetite for British fashion in China, which is why we are delighted to launch the BFC’s China Partnerships Strategy in Shanghai to help designer businesses navigate an broad and complex market. We look forward to working with all our existing and new Chinese partners as well as with David, whose support and network are instrumental in promoting the best of British fashion.”

The China event also relaunched the BFC/GQ Designer Menswear Fund, after the BFC confirmed that it is partnering with JD.com and Ruyi on a two-year deal to create the UK’s biggest menswear prize for emerging talent to supply funding, mentorship and additional opportunities to develop partnerships for the shortlisted designers into China.

The prize was established in September 2013 following the success of the BFC/Vogue Designer Fashion Fund providing one designer with a 150,000 pound grant to provide necessary infrastructure to take them to the next stage of their business and significant value in kind services as part of a bespoke, high level mentoring support programme over a twelve-month period.

Dylan Jones, BFC menswear chair said in a press statement: “We are delighted to be able to re-instate the BFC/GQ Designer Menswear Fund thanks to the co-sponsorship of JD.com and Ruyi, who have committed to two years of support for our brilliant emerging menswear designers in the UK.

“It is also fantastic to have the support of such a great ambassador in David Beckham who has already become a huge force within the BFC. The last British designer to win the BFC/GQ Designer Menswear Fund was the extraordinary Craig Green, a talent and business that continues to go from strength to strength.”

On the BFC/GQ Designer Menswear Fund Beckham added: “It is great to be able to celebrate this new funding for emerging British menswear talent today. The menswear category is so energised at the moment and I can’t wait to see and meet the talent that will be involved – it’s very exciting.”