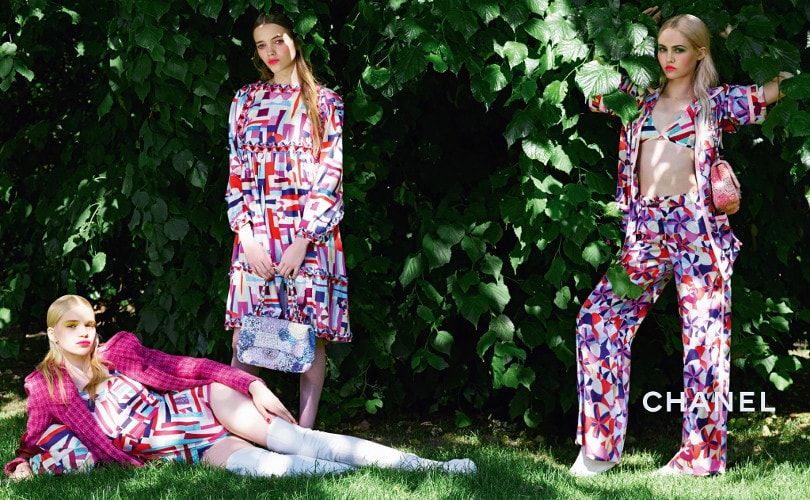 London - Chanel has topped a luxury brands report based on social mentions and intensity of consumer sentiment, with the French fashion house coming up most frequently from 80 countries and 700 million social media posts across luxury, watches and commerce.

Chanel moved to the number one spot on the ranking of the top 45 luxury brands in Netbase’s second annual Brand Passion Report: Luxury Brands, replacing Louis Vuitton which dropped to 7th spot.

Based on brand conversations on social networks, review sites, blogs, forums and news sites worldwide between September 1, 2014, and August 31, 2015, Chanel had an increase of 152 percent in mentions, which helped them jump from third to the top spot in the ranking.

The biggest increase in the ranking was eBay, which jumped from 27th to fifth place with an increase of 896 percent in mentions.

The report also saw an increase of 75 percent in the overall luxury conversation year-on-year and social chatter more than doubled for the top 15 luxury brands. Similar to the previous year, French and Italian heritage brands continued to capture the conversation, accounting for 57 percent of mentions, while the remainder of the list includes 32 percent for brands based in the US, and 11 percent for Asian-based luxury brands.

There was also a rise in e-tailer mentions, with brands including eBay, Amazon, Easy, Net-a-Porter and Alibaba being listed in the ranking, and accounting for 10 percent of brand mentions.

With regards to categories, fashion and handbag brands accounted for more than a third of the NetBase luxury list this year, followed closely by cars and jewellery and accessories. A key insight from the report was a new renaissance for watches, due to the momentum seen for the Apple Watch launch, with the smartwatch topping the watch subset list, beating out Rolex, Tag Heuer, Richemont, Curren and Patek Phillippe for the top spot.

NetBase vice president of marketing, Hope Nguyen, said: “Today, online shopping convenience and advanced technologies are driving a new world of luxury brands and categories that fall outside the traditional definition of luxury. Consumer passion for luxury is growing and the brands that are effectively connecting with consumers are the ones that are gaining momentum in social and the bottom line.”

While fashion brands including Burberry, Rolex, LVMH, Coach, Jimmy Choo, YSL, Tag Heuer, Kering, Net-a-Porter, Dolce and Gabbana, Michael Kors, Richemont, Tiffany, Nike, and Mulberry made the top 45 luxury brands, a handful of names did drop out of the chart including Armani and Versace.