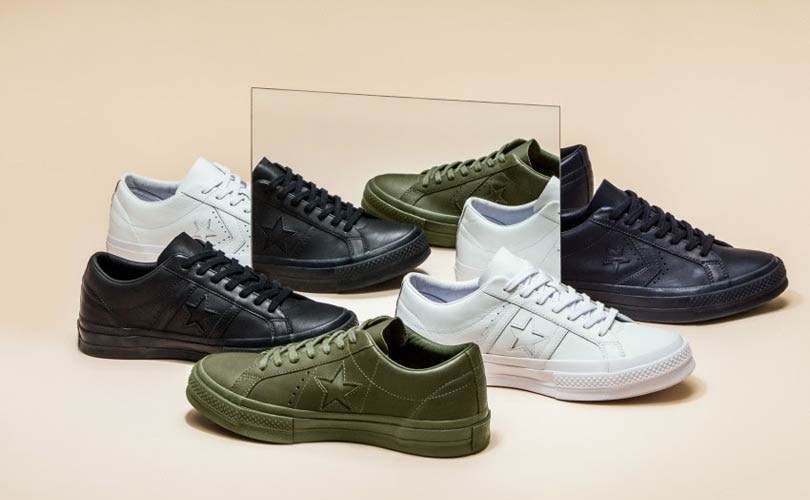 London - Converse has teamed up with Engineered Garments to remake an iconic sneaker as part of their new collaboration. The One Star sneakers were reimagined by Engineered Garments Creative Director and founder Daiki Suzuki, who tapped into his own history with Converse to reinvent the classic shoe.

The Converse x Engineered Garments One Star collection sees the sneaker recreated in four iterations; the Star Chevron. Stars & Bars and two variations of the customary star. Each style is based on a specific silhouette from a different era from Converse, offering a glimpse of the footwear labels evolution over the years.

The sneakers are leather-lined with a branded logo illustrated on the shoe's sockliner and are available in four leather colorways, including olive, navy, white and black. Retailing at 100 euros a pair, the engineered Garments Converse One Star collection is set to launch on October 4, Nepenthes in New York City.

Afterwards, the collection will be launch for sale at Converse stores around the world and online, as well as selected retailers such as Sneakersnstuff, Très Bien, WoodWood, Norse and Patta on October 5.