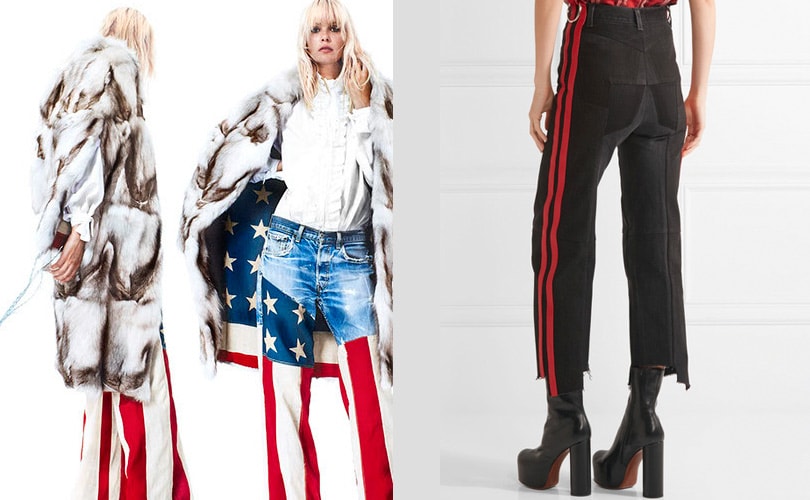 Denim: how a working class fabric achieved the heights of couture

London - Jeans have gone haute: haute couture, haute styling and haute prices. Your basic denim jeans are no longer a basic, and like the eponymous white t-shirt, has been transformed into a luxury product in two unlikely ways, by purists and by art itself.

Purist denim takes us back to the roots where it all began. Before fabric manipulation, additives, high street knock-offs and before fast fashion existed. In the 18th century jean cloth was made entirely of cotton, and known for its durability even after many washings.

Denim was originally made of one coloured and one white thread

Denim’s popularity was also on the rise. It was stronger and more expensive than jean, and though the two fabrics were very similar in other ways, they did have one major difference, according to Levi Strauss research: denim was made of one coloured thread and one white thread.

In the 1960s the magazine American Fabrics ran an article which stated, “If we were to use a human term to describe a textile we might say that denim is an honest fabric - substantial, forthright, and unpretentious.”

Perhaps that is why denim served as the uniform for men's overalls in the early 1900s, which eventually morphed into jeans after the second world war, when America began to thrive and people required outfits for leisure activities. 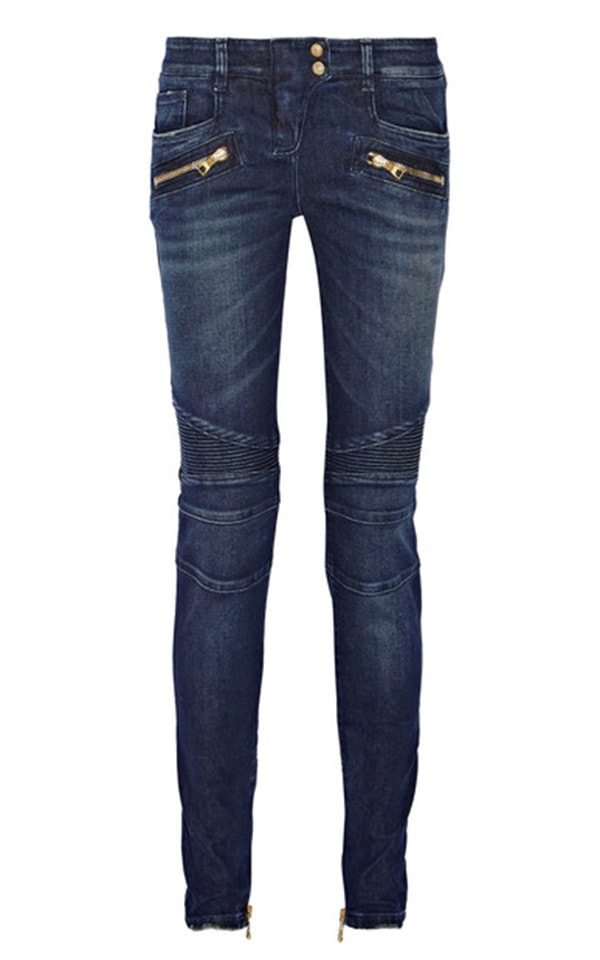 Fast forward to today, and jeans have revolutionised wardrobes everywhere. A quick look at the vast denim offer on Net-a-Porter and the variety and plethora of over 70 designer denim collections could leave a non-aficionado perplexed. With prices ranging from a feather-trimmed flared cut at 2,295 euros by Michael Kors at the high end, to a five pocket mid-rise skinny by Swedish brand Acne costing 170 euros, there is everything in between, but nothing at the lower, workwear end with workwear prices.

The purist's choice may be partial to 100 percent cotton or selvedge jeans, and are usually free of overzealous embellishments, but they don't come cheap. Marketing as authentic Japanese, or made with traditional craftsmanship techniques, they are pricey, and the least expensive option on Net-a-Porter is 180 euros for APC's cropped sailor version.

But that is nothing compared to the artistry that has driven denim to haute levels. From fur and leather trimmed, to deconstructing vintage Levi's and up-cycling them as seen at Vetements, these jeans typically retail for 1,000 euro and more. Seen on the catwalks from Balmain to Chanel, denim remains a fashion staple in most branded collections today.

At the demi-couture house of Ronald van der Kemp, a pair of jeans takes countless of man hours to make. They are entire crafted by hand with no factory in sight. First the fabric is sourced from as far away as Africa for its special cotton properties, to re-using vintage Levi Strauss and other sustainable denim sources. Then they are cut, hand sewn and re-cut, applied with vintage flags or other decorum, and washed. The time and technique required to make even one pair of jeans resonates in the price tag, which currently sells on Net-a-Porter for 1,250 euros.

But for that you acquire something truly special, a wearable work of art.

During the month of October, which sees Denim trade fair Kingpins and the Global Denim Awards taking place, FashionUnited focuses on Denim. For all our articles on Denim, click here.