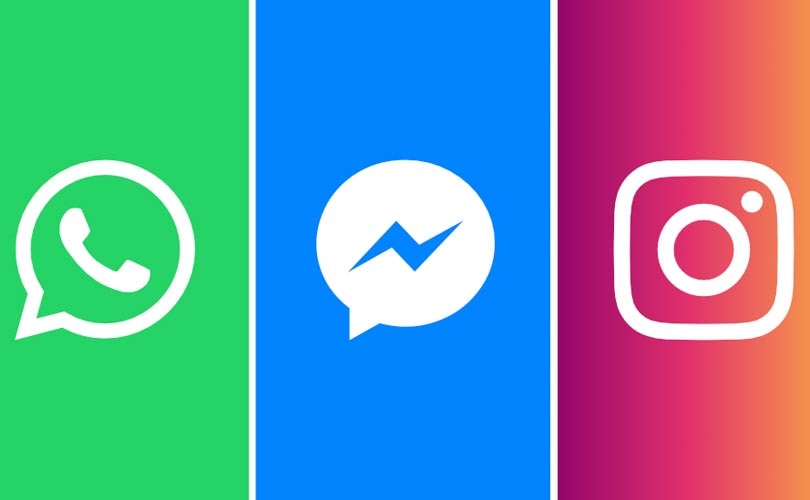 While all three platforms will remain standalone apps, users and businesses will be able to communicate directly between platforms on any of the three messaging apps. A brand on Instagram could message a user that only as a Facebook account.

From a technology perspective, Facebook would no long need to develop competing versions of its in-app features, such as Stories, which could be rolled across its platforms. Until now the companies have been operated as separate entities with competing products, states the BBC.

Facebook told the BBC its merger would be a "long process," the news of which was first reported by the New York times and thought to be spearheaded by Facebook founder Mark Zuckerberg.

The primary concern will be user privacy and data sharing, especially for users who are not active on all apps. WhatsApp is currently encrypted end to end and is the most secure of the three messaging apps. This is one of the reasons Facebook has failed to draw revenue from WhatsApp, which counts 1.5 billion users, in the same way it allows for advertising on its other platforms. A change in architecture could mean monetising possibilities across all its channels as well as gathering greater data sources.

In a Wall Street Journal opinion piece on Thursday evening, Zuckerberg wrote that, "There’s no question that we collect some information for ads—but that information is generally important for security and operating our services as well."

"We want to build the best messaging experiences we can; and people want messaging to be fast, simple, reliable and private," a Facebook spokesperson said in a statement on Friday. "We're working on making more of our messaging products end-to-end encrypted and considering ways to make it easier to reach friends and family across networks. As you would expect, there is a lot of discussion and debate as we begin the long process of figuring out all the details of how this will work."