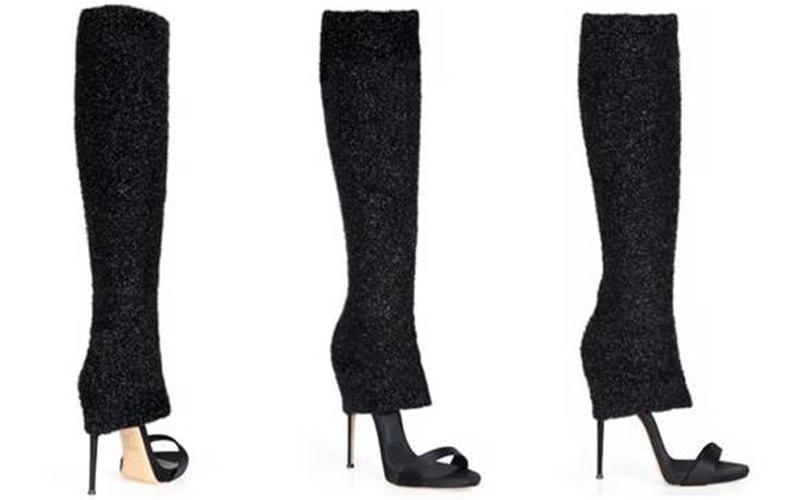 Faith Connexion has made their first foray into footwear. The retailer has collaborated with luxury shoe designer Giuseppe Zanotti to create a new avant-garde style selection of footwear. The new satin Zanotti sandal is accentuated with jewel in-cuts to add a unique level of opulence. The sandals also feature legwarmers to add a streetwear edge and give it that Faith Connexion signature flare.

The legwarmer look was inspired by the films Flashdance and Fame, after the release of which, legwarmers went from a dancer's uniform staple to a major fashion trend of the 80s. The combination stiletto heel and legwarmer look is aimed at the woman who is trying to break all the traditional fashion rules.

The shoes officially launch on March 6 at the Faith Connexion flagship store in New York City and on Faithconnexion.com. The satin sandal and legwarmers are sold as a set a price point of 974 dollars.

For Faith Connexion, which is known for their high street style offerings, the foray into footwear could prove their growth power into other categories. Collaborating with Giuseppe Zanotti, which also has a devoted customer base, is sure to get them the right amount of traction they need for this collection to be a success.