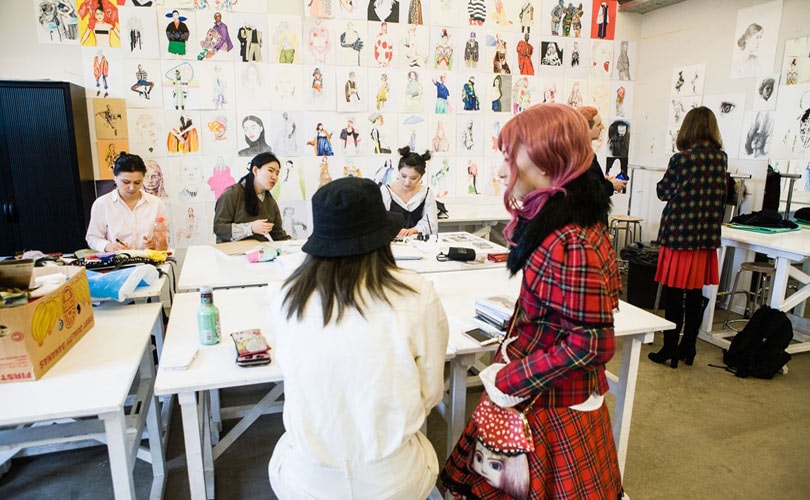 Fashion student suicide: the dark side of academic pressure

Student suicide rates and mental health issues amongst youth are topics currently being widely discussed but not always directly associated with the fashion industry.

Until the death of a foreign student at Antwerp’s Fashion Academy in March. While we often hear degree courses in fashion are tough, they are, as everyone knows, a far cry from the ‘real’ reality of how tough the industry is.

The Antwerp academy, one of the top ranking fashion schools in the world and known as much for its alumni of the famous Antwerp Six, which includes Dries van Noten, Ann Demeulenmeester and Walter Van Beirendonck, as it is for its rigorous course work. The course is deemed so difficult, in fact, that is has but a 23 percent graduation rate for its degree programme.

Could the Academy’s atmosphere be toxic?

The questions that it raises about course pressure, which according to some reports is nearly unachievable, and whether the school atmosphere is really as toxic as the press have deemed.

Sleepless nights, cocaine addiction, vague feedback and depressions where coined to be associated with the fashion institution and its head of the fashion department, the inimitable Walter Van Beirendonck.

While a wide range of criticisms have circulated in the media, the death of the South Korean student has brought to the fore that students from all walks of life and study directions need ample resources to cope with academic and personal pressures, whether that be counseling or other support network of services.

Reasons cited for the death were thought to be a combination of the pressure to perform as well as the demand of the obligatory draft into the Korean military. While there are many factors that contribute to a student’s emotional wellbeing, it is a school’s duty, as much as its curriculum, to offer support during this crucial time of development.

Beirendonck has been teaching for over three decades

Van Beirendonck, who has been a part of the academy’s faculty since 1985, is a charismatic and internationally renowned designer, who knows the pitfalls of the industry as well as any other working designer, having had his own fashion label, catwalk shows and boutique, the latter which was declared bankrupt in 2012. The idea that Van Beirendonck is considered a Demi-God, either by his own standards or those of the perceived student body, would seem incongruous.

While the academy is relatively democratic and affordable in its tuition in comparison to institutions like Central Saint Martins, critics say it attracts creative offspring from wealthy internationals, some of whom employ their own personal seamstresses and assistants in order to compete against the tight deadlines of the course work and delivering bonafide collections.

Making clothes, handbags and accessories from the best materials and delivering expensive graduation collections is a pressure that is perhaps not directly linked to faculty expectations, but it does linger in its air. This is perhaps what attracts the likes of LVMH to its graduate shows, adding pressure to students to produce successful collections, that have boutique-ready qualities.

In the UK, the University of Bristol this week reported its 10th suicide in the past 18 months, with course pressure thought to be the main driver. The Antwerp Academy has had but one during its existence. Any death is a worry for an institution, highlighting the need that schools must take appropriate measures to ensure its most vulnerable students have access to resources should they need them in times of trouble.