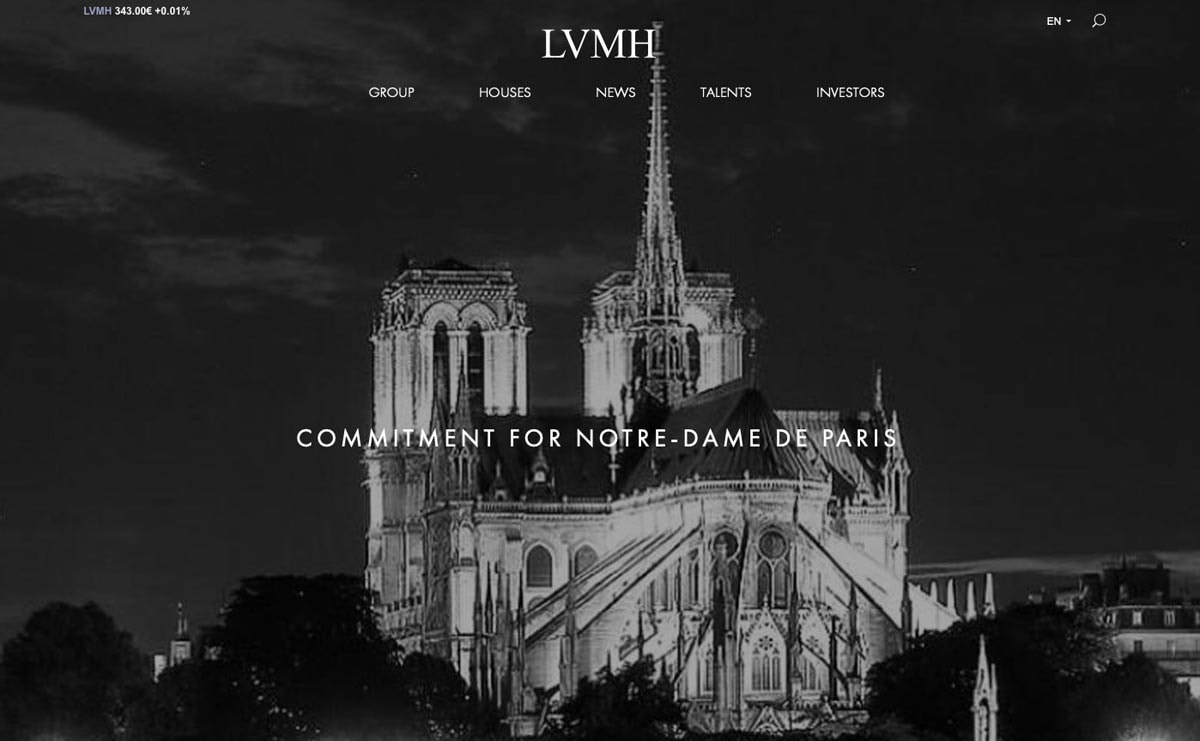 The pillars of the French fashion industry, indeed global industry, have pledged financial support for the rebuilding of the Notre Dame cathedral, which was ravaged by fire on Monday evening.

A keen philanthropist, Kering CEO Francois-Henri Pinault and father Francois Pinault, the founder of the group and the world’s 23rd wealthiest individual, were the first to confirm a donation, citing 100 million euros from the group’s Artemis investment company would go toward rebuilding the cathedral, the company said in an emailed statement to Bloomberg.

“This tragedy is striking all the French people, and beyond that, all those attached to spiritual values,” Francois-Henri Pinault said in the statement. “Faced with this tragedy, everyone wishes to give life back to this jewel of our heritage as soon as possible.”

Kering rival LVMH on Tuesday doubled Pinault’s pledge, offering 200 million euros as well as architectural and design resources. Bernard Arnault CEO and main shareholder of the Louis Vuitton group which owns and operates Maisons including Celine, Dior and Fendi said in a statement: the “LVMH Group will put at the disposal of the state all of its teams -- creative, architectural, financial -- to help on the one hand with the long construction work, and on the other hand with the fundraising effort.”

French President Emmanuel Macron has asked the international community to help rebuild the monumental Notre Dame Cathedral, for which an estimated cost has not yet been given, calling on the world’s “greatest talents” to help.

There was an outpouring of love from the fashion community on Instagram on Monday, as the tragic fire seized the beloved Cathedral, one of the most iconic landmarks in Paris. Designers, brands and creatives expressed their sadness and support to all those impacted.