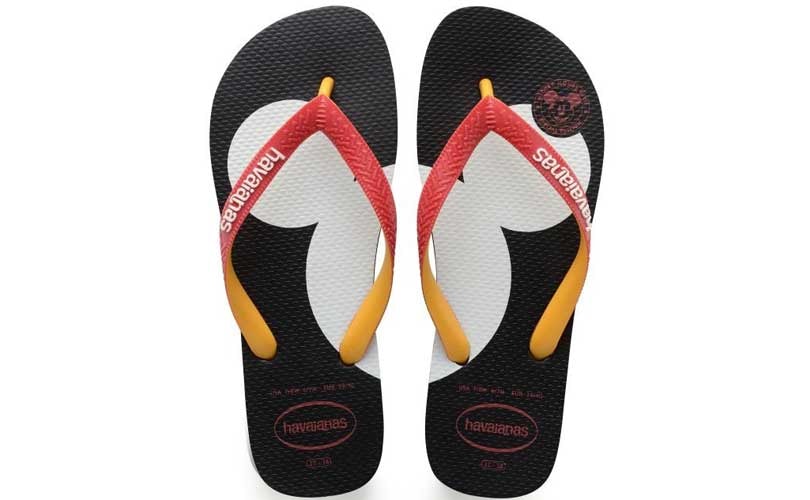 Set to launch on November 15 at Havaianas’ stores and e-commerce, the line will include 10 flip-flop styles, each of them in honor of a different moment in Mickey Mouse’s History. Mickey’s debut in the 1928 film “Steamboat Willie” will be referenced in one of the flip-flop models, while another one will depict the rodent traveling to the moon to celebrate the US Space Program in the 1960s.

Havaianas and Disney are long time collaborators. Two other collections inspired by Mickey Mouse were released in 2017 and 2016, but the Brazilian label also frequently features other Disney characters in its collections.

Image: courtesy of the brand