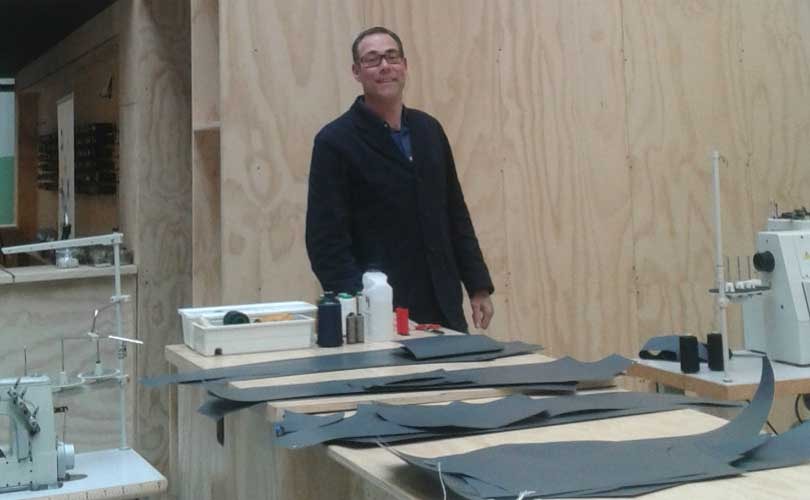 After worries over Syrian conflict cotton and even Syrian refugee children surfacing in Turkish garment factories, here is some positive news for Syrian refugees: Denim City, an Amsterdam non-profit organisation dedicated to craftsmanship, innovation and sustainability in the denim industry, has started a project that will employ Syrian refugees who are skilled tailors, washers or other industry professionals to work at their Denim City Workshop. FashionUnited spoke with newly appointed general manager of Denim City, Harm Magis, about the project and its progress.

Syria, once known for its exports of raw cotton and garments, with cotton being the largest single export before the development of the oil sector, still has a young, skilled labour force. "Traditionally, Syria used to be big in washing and used to contract work to Turkey. So there are many skilled people among the refugees who are right here in Amsterdam and around, so we thought 'why not give them a chance?'," said Magis.

The Workshop is a production facility of Denim City where students of the Jean School - the first denim school in the world - gain practical training and work on their assignments. It is also used as a training facility for retail and professional courses. It is planned that the Workshop will host a pool of trainee craftspeople, which is where the Syrian refugees come in, many of whom are "really good tailors" as Mariette Hoitink explained, co-founder of House of Denim and Denim City. 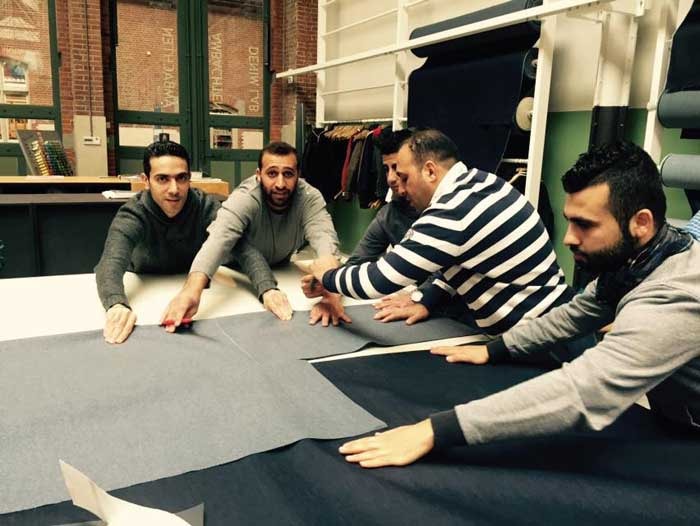 "The project with the Syrian refugees is still in its early phase; first, we have to get the Workshop started," explained Magis. "The idea is to combine education and production under one roof and to have experienced people work together with the students."

In a first meeting with 10 to 12 Syrian refugees in the middle of March, Denim City was able to gauge that some of them bring exactly this kind of experience: "There is a pool of skilled refugees, young people with denim experience," confirmed Magis. The first selection of refugees was facilitated by Refugee Company, an Amsterdam-based non-profit that connects refugees in the Netherlands to Dutch companies that need their skills and expertise.

"There are basically four phases for the Workshop: making small and simple products first (like tote bags, aprons, keychains and the like) for Denim City as well as other companies. In the next phase, we are aiming for more assignments from companies, which will be expanded to making garments in the third phase. Lastly, we want to make garments for our own label", said Magis. 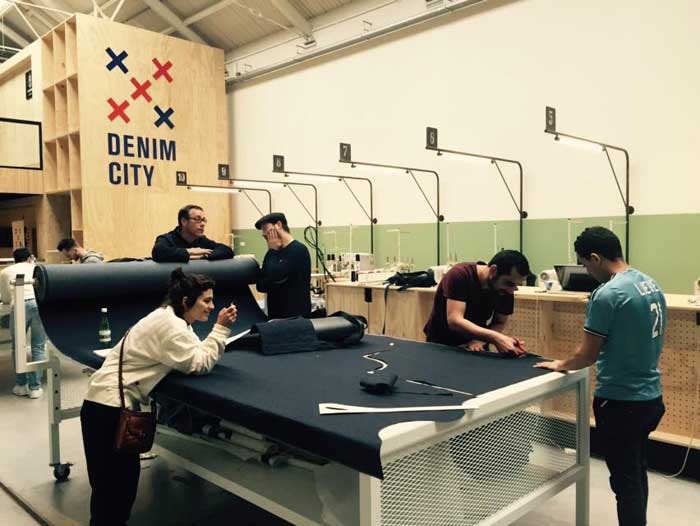 In terms of a time frame, Denim City is "in no hurry. We are in it for the long term. The creation of a production facility in Amsterdam is key and with it comes the creation of jobs", said Magis. "I rather create one job for the next ten years than ten jobs for a few months", he emphasised.

And of course there are challenges: language is one of them. "While some of the refugees we met spoke only Arabic, others were able to translate for them." Yet others are very keen to blend in and make the most of their new location: "One guy wanted to learn Dutch and already spoke quite a bit", recounted Magis.

Another challenge is the work permit: Before refugees are allowed to work, they need to be granted refugee status, which will permit them to stay in the Netherlands and hence to work. Another potential hurdle is that while waiting for their status, refugees are not allowed to relocate. That means if Denim City finds skilled workers, they also need to make sure they do not live too far from Amsterdam to allow for a manageable daily commute. 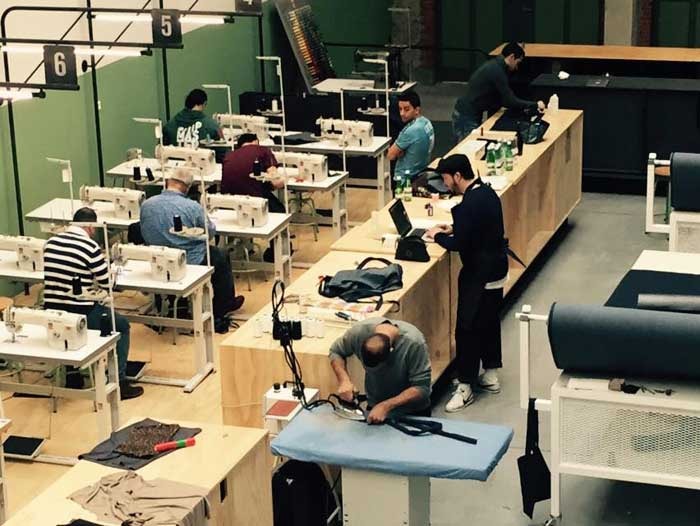 And in terms of volume? How many refugees would they like to hire? "We would like to start with 10 to 15 and then expand," said Magis. "Ultimately, the dream is to employ 100 to 150 people who produce jeans for our own and other brands. If we can be the driver, that would be fantastic." We couldn't agree more.