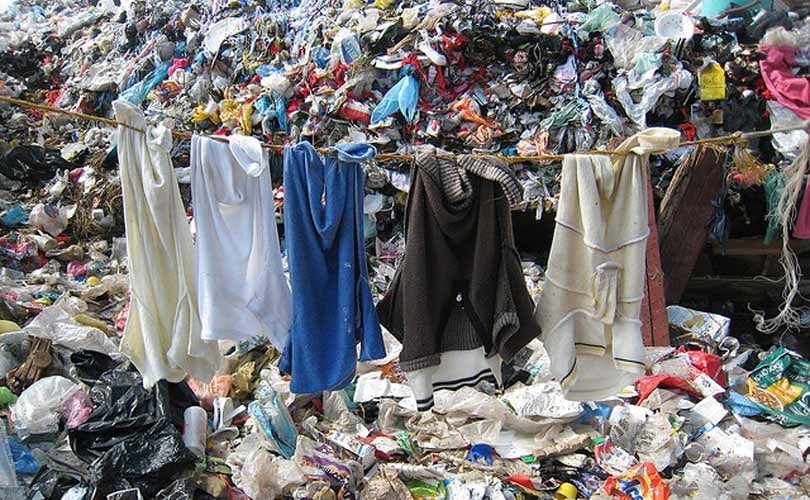 Some facts are just too difficult to fathom. Like images of refugees washing up on beaches or watching New York’s Twin Towers collapse. When it comes to the inhumane treatment of mankind we are provoked to think and act, but responses to the destructible treatment of the planet evokes less immediate response.

Specifically the harm that the disposable fast fashion industry is causing to the planet, which according to the United Nations Economic Commission for Europe (UNECE) is the second-largest user of water globally.

To put that into perspective, producing one cotton shirt requires 2,700 liters of water, the equivalent of what one person drinks in 2.5 years.

According to Quartz, fashion is not usually at the top of the agenda for UNECE, as “its aim is to promote economic integration and cooperation among its member countries, which include European nations, the US, Canada, Israel, and several countries in Central Asia.”

At a March 1 event in Geneva, titled “Fashion and the Sustainable Development Goals: What Role for the U.N.?”, the organization cautioned that the fashion’s industry’s practice of churning out increasingly large volumes of cheap, disposable clothing is an “environmental and social emergency.”

UNECE says the fashion industry has an often underestimated impact on the development of our planet. 10 percent of the global carbon emissions are emitted by the apparel industry and cotton farming is responsible for 24 percent of insecticides and 11 percent of pesticides despite using only 3 percent of the world’s arable land

Globally 1 in 6 people work in a fashion related field

As far as waste is concerned, 85 percent of textiles are sent to landfills, which amounts to 21 billion tons a year. Beyond the environmental impact, the fashion industry is closely linked to labour, gender and poverty issues. 1 in 6 people in the world works in a fashion related job, and 80 percent of the labour force throughout the supply chain are women.

The US and Europe have led the way in this behavioral shift, but the pattern is repeating now in countries such as China. “By 2030, there will be 5.4 billion people in the global middle class, up from 3 billion in 2015,” the UNECE says. “This will lead to an increased demand for clothes and other goods that define middle-income lifestyles. If consumption continues at its current rate, there will be three times as many natural resources needed by 2050 compared to what was used in 2000.”

Having these numbers in mind, it becomes clear that the development of the fashion industry has a significant impact on the achievement of the UN Sustainable Development Goals (SDGs). SDG 12 in particular commits to ensuring sustainable consumption and production patterns and is structured over eight targets, addressing the use of natural resources, chemical waste, fossil fuels and the integration of sustainable practices into the production cycles – all of which apply to the fashion industry.

The UN has not addressed fashion’s impact enough

Despite the variety of efforts by different UN institutions, so far, the UN has not taken a comprehensive approach to address all aspects of a sustainable fashion industry. Changing the production and consumption patterns of the fashion industry, would have a domino effect on many aspects of development and provide a visible and meaningful contribution to the achievement of the 2030 Agenda for Sustainable Development.

A clear link between the fashion industry and the UN SDGs is established with the ultimate aim to create a UN sustainable fashion partnership to address this issue in a coherent way.

In summation, Natural Resources Defence Council (NRDC) scientist Linda Greer says it well: “These numbers should better motivate all of us—multinational apparel retailers and brands, designers, policy wonks, NGOs, and ordinary customers alike—to more urgent and effective action to stem the tide of the accelerating damage that the fashion industry is causing.”