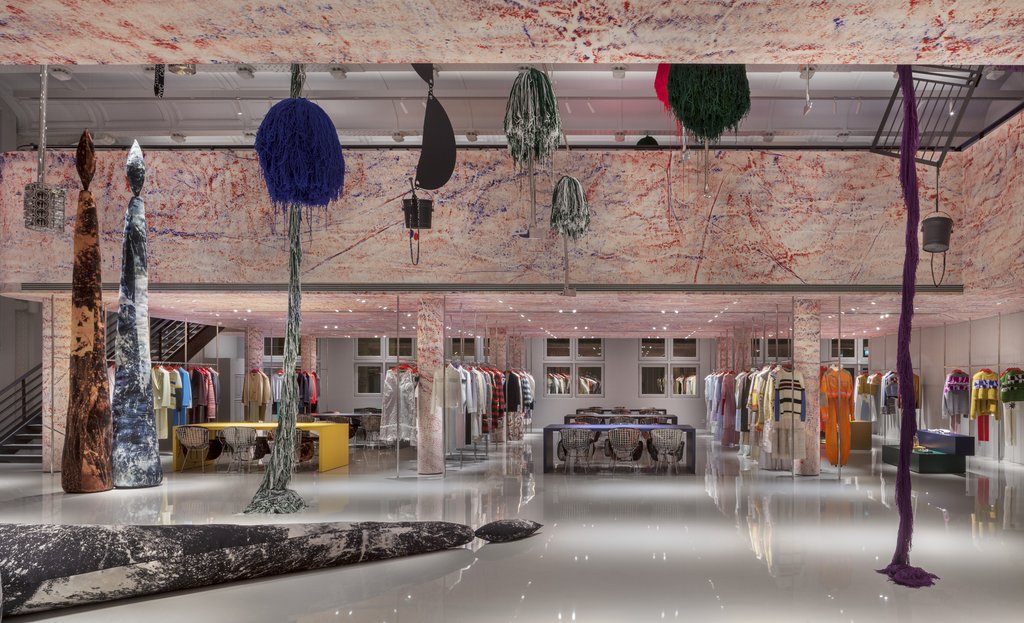 The new multi-floor space in Paris is the first of its kind in Europe for Calvin Klein's new brand and will be used to exclusively present Chief Creative Officer Raf Simons' women's and men's seasonal runway collections in Paris. Designed by one if Simons' longtime collaborators, artist Sterling Ruby, with architectural design by Architectural Research Office, the new space offers an immersive environment. 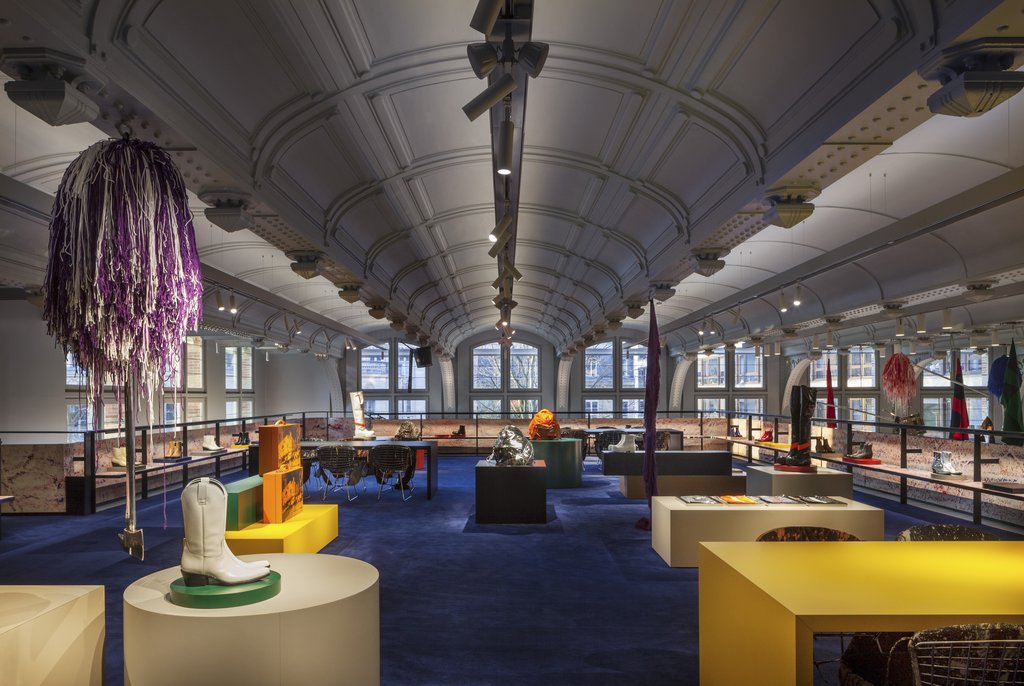 The historical, two-floor building has been transformed by Ruby an open, floor-to-ceiling space, which takes cues from the artist's former work for the brand in New York. Ruby previously redesigned Calvin Klein's 12th floor retail and press showroom at the company's head office in New York City as well as the Calvin Klein's global flagship store on Madison Avenue. The artist utilizes motifs he has established for the brand throughout the 15,000 square foot expanse in the new Paris location, highlighting the continuation of the language which Simons is creating with Ruby for Calvin Klein's new visible and physical identity.

When entering the new Paris brand headquarters, visitors are met with a monochromatic and royal blue reception area featuring fabric cushions, upholstered walls, and a circular curtain that ushers them into the central space. The walls and vaulted ceiling of the original 1880's building have been preserved and painted neutral gray, which serves as a backdrop for the red and blue hand-painted, splattered canvas from Ruby, which wraps the columns, walls, and ceiling of the mezzanine level to create a bold monolith that appears to float. When entering the mezzanine, visitors see a sea of bright blue carpet punctuated by the bright geometric forms of laminate clad tables and pedestals in red, blue, green, yellow, black, and brown. 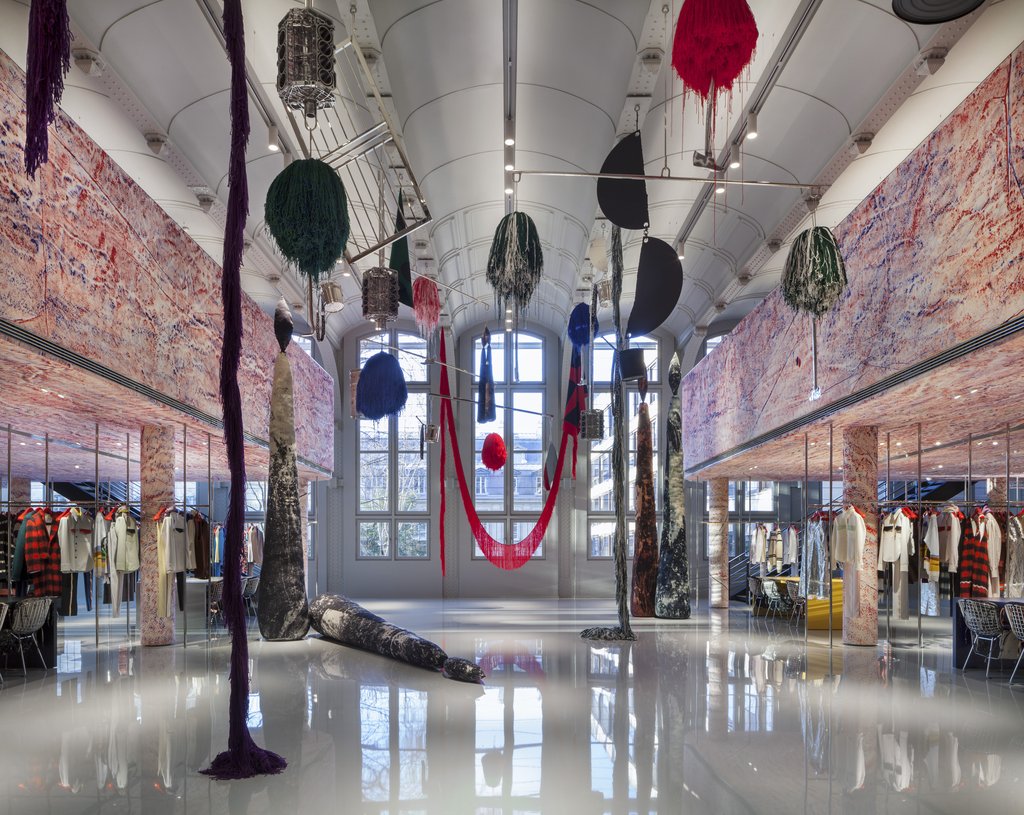 The current Calvin Klein 205W39NYC collection is displayed on custom fixtures while accessories are featured on shelves upholstered in red and blue canvas. The custom fixtures are accompanied by mobiles with reflective chrome elements and textile touches and soft sculptures.