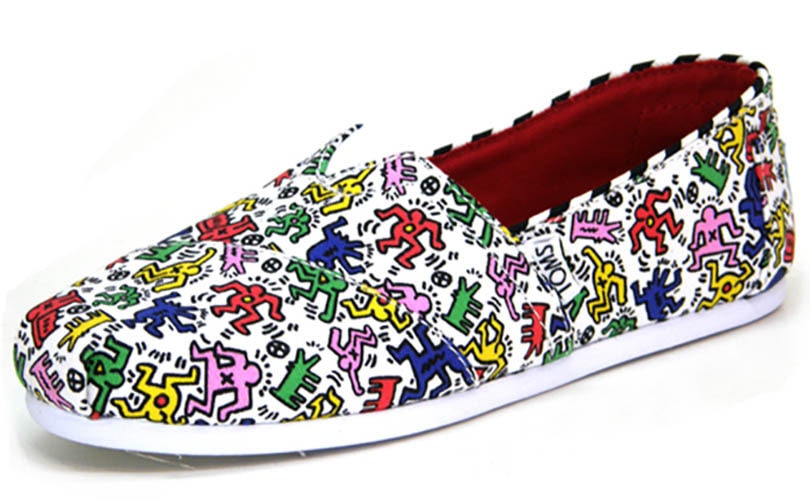 Keith Haring's famous designs to be featured on Tom's shoes

New York - Keith Haring's famous works of art will be appearing somewhere fashionable and new: on Toms shoes. The shoe company has partnered with the Keith Haring foundation for their latest collaboration.

Haring, a social activist and artist from the 80s, is famous for his graphic, bold graffiti paintings and murals. When he moved to New York in the 1980s, he became entrenched in the underground art world before he became a famous artist himself. His work explored social and political issues both through visual and performance means.

In 1990, Haring unfortunately passed away from AIDS, but he established his foundation before his untimely passing. The Keith Haring Foundation supports nonprofits that benefit assist children and focus on research and education related to AIDS.

The collection features three footwear styles for men and women, as well as a pair of eyeglasses inspired by Haring's signature frames. Price points for the line range from 59 dollars to 219 dollars.