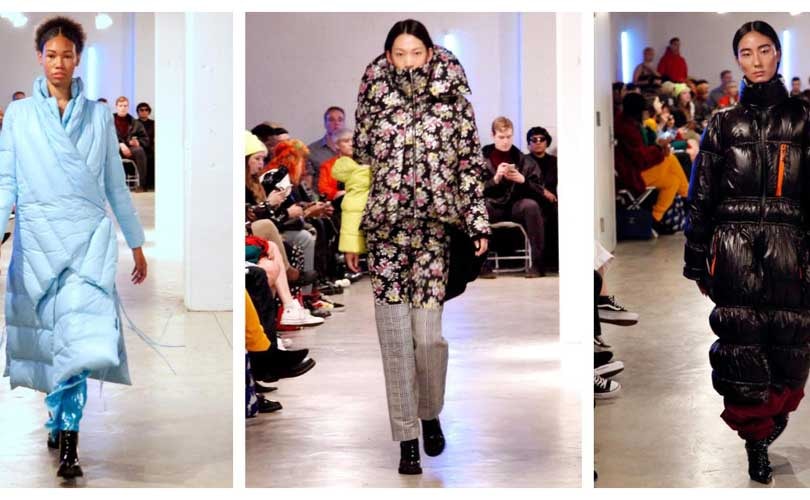 Sportswear is a bigger share of the retail market now than ever, as customers turn to more athletic offerings and athleisure has become a permanent part of fashion rather than just a trend. Rather than just do another sporty line, designer Kim Shui decided to hop on both the trend of sportswear and maximalism and create a maximalist sportswear collection.

Puffer coats and ski jackets were reconstructed to be oversized, with a notable light blue one done with a wrap effect. A floral puffer coat was done with a neckline that covered the model's mouth as she walked the runway.

The idea behind this collection was that of avant-garde sportswear that could survive the most extreme conditions. Metallic and neon blues were a big part of the color palette, but a smart choice as it captured the essence of a frigid winter.

Everything was done with a sense of the distasteful being deconstructed then reconstructed to something new and tasteful. She's not the traditionally chic woman, but she's adventurous both in her life and fashion choices.

Shui also used real sized women on her runways, featuring two models below traditional runway height and curve sized. Her collection is for everyone across the globe, because no one should be afraid to be daring with their fashion choices.