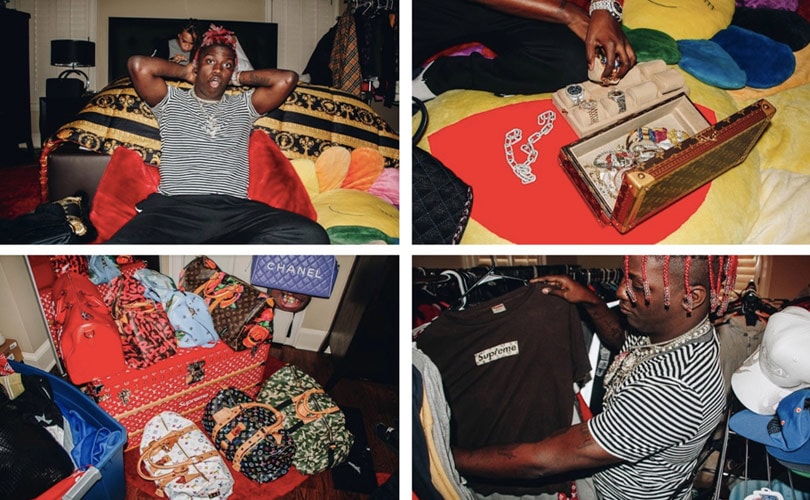 Rapper and Nautica creative director Lil Yachty has announced that he will be selling his entire Supreme collection and a portion of his designer wardrobe on Grailed. Lil Yachty wants to give fans an opportunity to own some of the most sought-after Supreme pieces and rare collectibles from Raf Simons, Saint Laurent, Gucci, Margiela x Converse and Gosh. These items are virtually impossible to find, and were originally beyond the price point of your average consumer.

Grailed partnered with him to provide their users and Yachty’s fans with an intimate glimpse into his world so they can put themselves in the shoes of an icon. Yachty has always been very engaged with his fanbase, and now he’s furthering that by giving unprecedented access on the platform he knows will speak to them directly.

Fans can expect plenty of maximalist pieces, streetwear style, and color galore from this sale. "I love colors. I like to be bright. It’s either that or the ‘90s hip-hop look. If I’m not on that early-’90s flow, I’m on my 2000s shit," Yachty said in a statement.

The sale drop date is Monday, August 27. Price points and the specific items being resold won't be revealed until Monday.