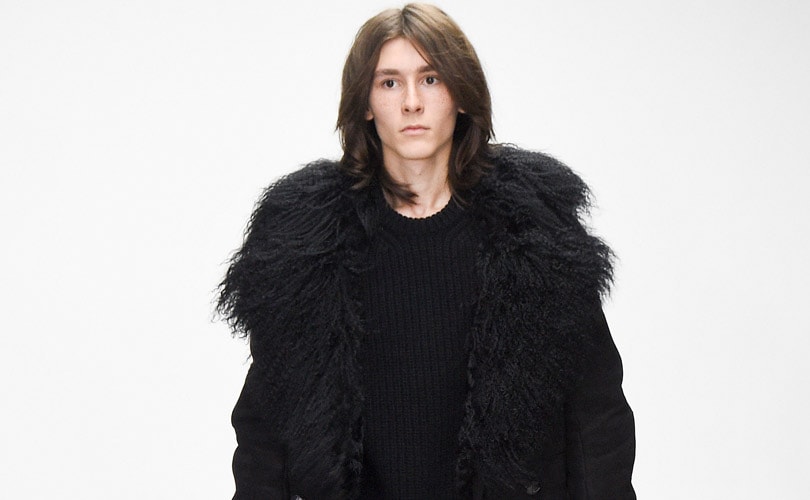 Burberry was the first major show at London Collections Men after the news came through about David Bowie’s death. Perhaps it was sheer coincidence there were several glam pieces in the show that sparkled with sequins, but one model's hands inscribed with BO-WIE made for a subtle tribute by the show's makeup artist Wendy Rowe.

A celebration of outerwear was both expected and delivered. At Burberry, a house who's foundation is built on the classic trench, cape and peacoat, its heritage line was complemented with MA-1 flight jackets, bombers and puffas, to cement its modern credentials and fashionability. There were plenty of sporty elements too, with models wearing trainers beneath skinny cropped tracksuit pants, straight-leg trousers, and loose denim. 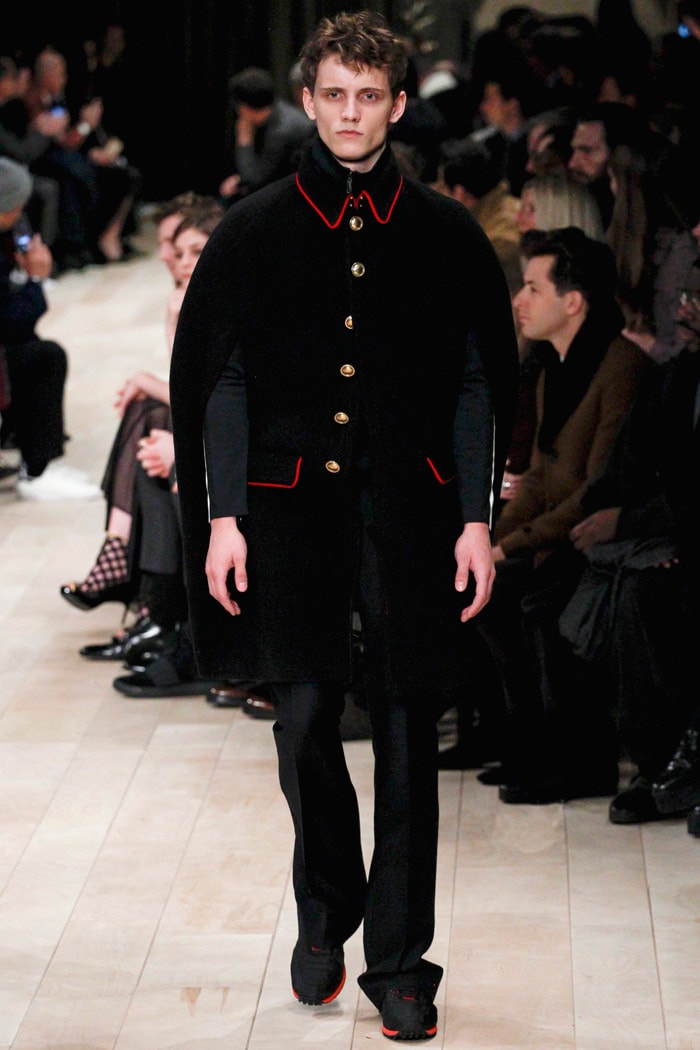 Christopher Kane decided to shun the catwalk and instead held a presentation buyers and press could visit throughout the day. There was plenty of silhouette in Kane's latest creation, mostly loose and cocooning, which was all about directional streetwear. T-shirts featured grids of high-visibility green, loose jeans in dark denim with asymmetrical turn-ups - some with shearling. Outerwear came trimmed with reflective fabric, while one parka appeared coated in aluminum. There were plenty of prints, like double-patterned shirts, lightning bolts on track suits, and intarsia suiting. Enough to keep the buyers happy to excite the rails at retail. 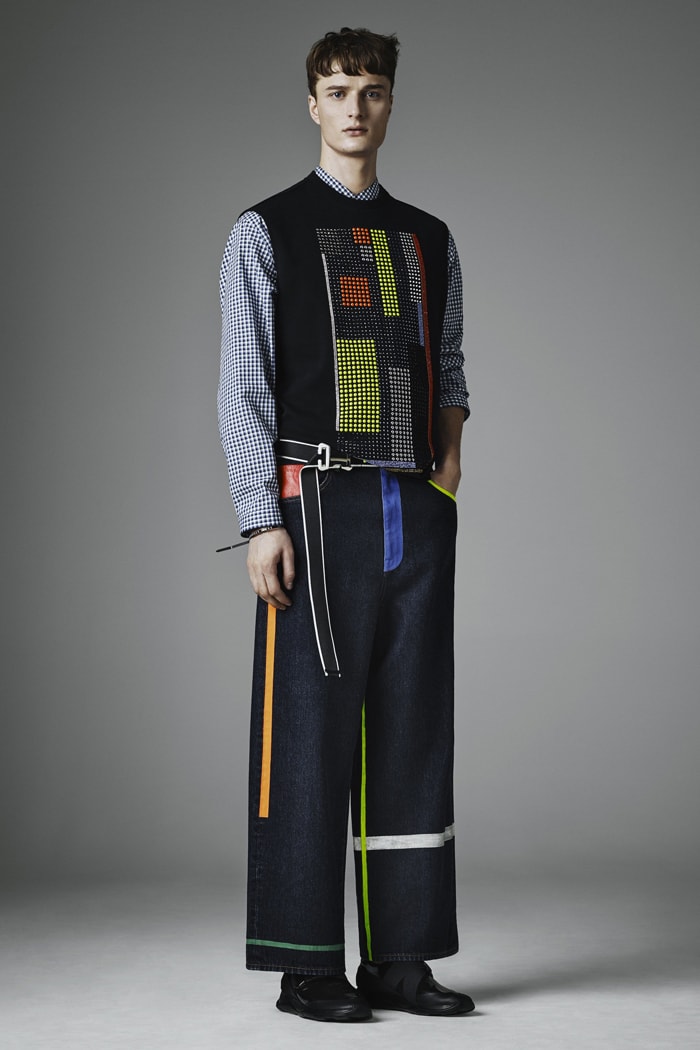 Inspired by Alec Lindsell documentary, The Sacred Triangle, Eary stated she explored the creative exchange between Bowie, Lou Reed, and Iggy Pop. How this translated into garment form was denim in metallic leather, billowing caftans printed with koi carp, and high-zipped retro sporty tops in panne velvet. While perhaps none of these may make wardrobe staples for the modern gentleman, it would be disingenuous to state it is likely not the customer Eary is eager to entice. 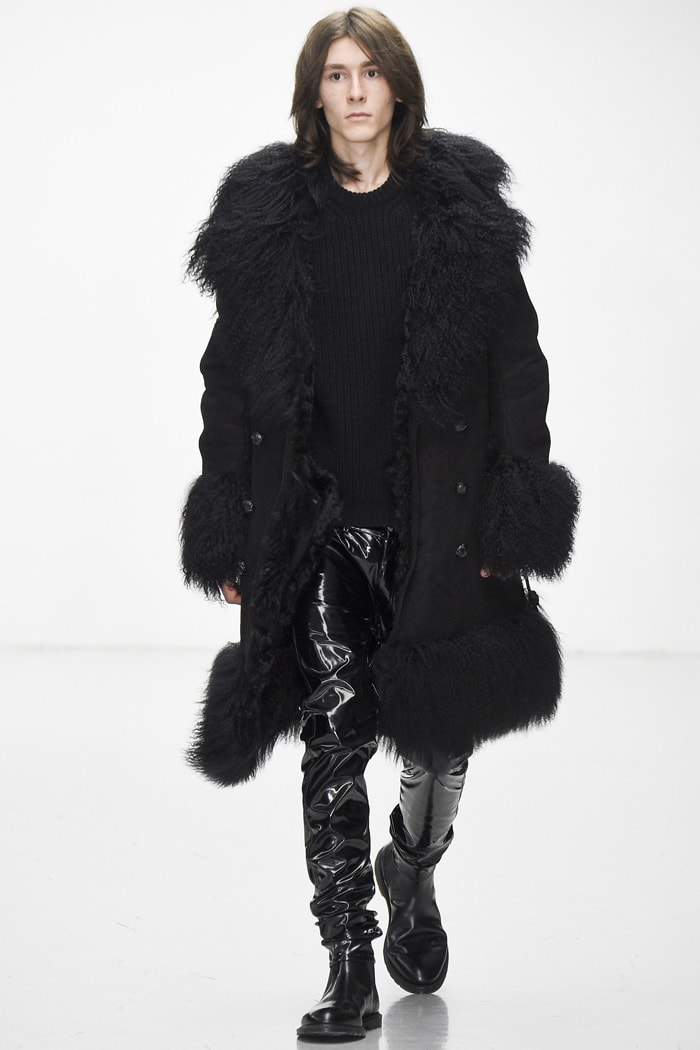